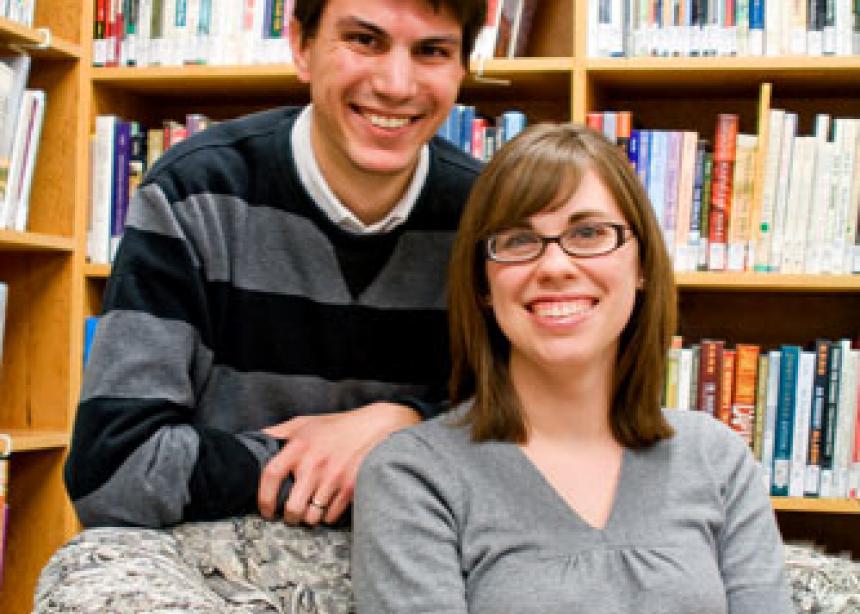 Jennifer Otto and Gregory Rabus, from Ontario and Connecticut respectively, have accepted an invitation to lead an urban church plant in southern Germany in partnership with the Verband deutscher Mennonitengemeinden (VdM) and the Deutsches Mennonitisches Missionskomitee (DMMK).

While Otto and Rabus complete advanced studies in Tübingen, Germany, they have been developing relationships with partner congregations, and are engaged in language learning as they plan for their future ministry. They expect to move from Tübingen to a city in Southern Germany (exact location still to be discerned), to begin their ministry full-time upon completion of their studies in the fall of 2013.

The couple met while teaching English in Japan and together have experience in a variety of denominational settings. Otto grew up as an active participant in Steinmann Mennonite Church (Baden, Ont.) and spent three years in Montreal as a youth coordinator at St. George’s Anglican Church. While there, she attended Mennonite Fellowship of Montreal, meeting in the Maison de l’amitié (House of Friendship) and spent one year in the Maison’s student residence.

Rabus grew up in a Lutheran church in Connecticut and says, “My Lutheran pastor says that if he was a man with more courage he would be Mennonite.” Montreal Mennonite was for him a vibrant expression of church, where he says that individual participation was very important and deliberate care for each other was expressed.

Rabus speaks English, French and German, and is learning Hebrew and Arabic while he works toward his Masters in Middle Eastern Studies. “That’s my passion, he says, “working with other cultures and other languages.”

Otto completed her Masters in Church History at McGill, and is now undertaking PhD studies that focus on the formation of church communities in the early Church.

“My hope for this assignment is that we would be able to use the experience that we’ve developed in many places, most recently Montreal, to build the kind of communities that help to sustain strong relationships among members in their joys and sorrows,” she says.