Wrestling with the ‘powers’ 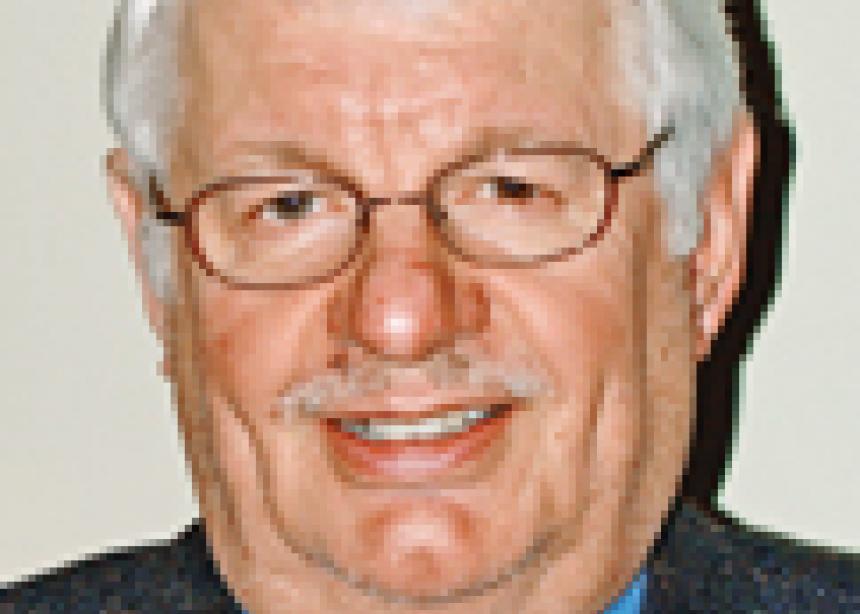 I knew this exchange wouldn’t be easy, but it was necessary. I knew I had to talk directly with the planner of an event in Stouffville, Ontario that wasn’t sitting well with the historic peace churches in that town—namely a commemoration of a military honour guard connected with the War of 1812. Many of these were our churches (Mennonite Church Canada congregations).

I had never met Paul Calandra. Yes, I had heard other people’s impressions and I had an idea what to expect. I had read the story in the Globe and Mail headlined “War of 1812 celebrations an ‘affront’ to Ontario town’s pacifists.” There were more than 300 responses from all over the province and Canada.

I was disappointed, but not surprised. After all, here was a high profile politician voted into office by a majority in his riding and steeped in the military narrative of his country—a loyal patriot. He was quite willing to talk and took my questions in stride even though uneasy with their pointedness.

A man with strong feelings (we would say “convictions” in our parlance), he was quite sure he was right. Having a great deal of authority at his disposal, he is, as part of the majority government, Parliamentary Secretary to the Minister of Canadian Heritage. He felt duty-bound to honour, with full regalia, the sacrifice of the war dead. There would be no such distractions as recognizing those who wanted to include another narrative.

But now, he was on the defensive. After all, a person of this certitude would be “surprised” that a group of his constituents, not sharing his enthusiasm and pride, would be so down on Canada’s “honourable” military accomplishments. He grudgingly acknowledged that the town was settled by war resistors, but that was then, this was now.

“We can recognize that at a different time and place,” he insisted. In 30 minutes of conversation, he had not moved a bit. Besides, using a tired political “divide and conquer” ploy, he blamed the protestors for dividing the town, saying it was only one or two individuals and not a widely-organized group.

By contrast, I visited with two of the organizers of the peace church protest to the upcoming event, Arnold Neufeldt-Fast, the associate academic dean of Tyndale Seminary and a resident of the town, and Pieter Niemeyer, pastor of the local Rogue Valley Mennonite Church. Arnold rode up to greet us this sunny Friday afternoon on his bicycle. Pieter was relaxed and confident that the upcoming council meeting would be a great opportunity to witness to our “life-giving” way of peace.

Neither of them were anxious or argumentative. Arnold, a diligent historical scholar, had done his homework. He was sure that, after laying out the historical facts of the town’s roots, the town officials and even the biased MP Calandra, could be convinced that the upcoming military event would make room for the historical and ongoing peace component in the narrative. He noted the slim historical military connection to Stouffville.

Pieter, with a wide smile and embodying all the grace of a compassionate pastor, had high hopes. “It is very much our desire to build understanding, de-escalate the present situation with integrity, find good resolution and work for peace of our broader community,” he said. Spoken like a true peacemaker.

The outcome, at the May 15 meeting was not as expected. The town council, torn between their MP and the peace contingent, postponed any formal recognition of the town’s pacifist roots in the June 15 commemoration and parade. It will not be recognized.

Why should we be surprised? This is a classic ongoing conflict with the “powers” about which the Apostle Paul warned the Ephesians (and us) eons ago: “For our battle is not against flesh and blood, but against the rulers, against the authorities, against the world powers.” 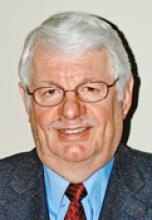 Peace activism is often misunderstood or discredited. The "turn the other cheek" position is not a call for passive acceptance of violence and injustice in this world. In addition, some interpret a pacifist's criticism of military force as disrespect for people in the military who made the ultimate sacrifice. Nothing is further from the truth.

I can accept that Canadians supporting either a military or a pacifist approach to achieving peace share their desire for peace and justice. Yes, there is a big difference in opinion on how to get there. The one side feels intervention or resistance with force is needed,the other side has chosen for a more psychological/spiritual approach. Jesus and Gandhi were well aware that their new approaches to the age-old issues of war and peace were revolutionary. In 1939 Gandhi wrote a letter to Hitler to prevent a catastrophe, but that did not stop WWII. However, Gandhi was successful in defeating the British empire in India without his side firing a single shot.

All the military spending in the world since WWII has not ended warfare or brought lasting world peace which undermines the 'peace through military strenght' argument. Former NATO general Wesley Clark said: “if all you have is a hammer, every problem looks like a nail.” As cautioned by President Eisenhower in 1961 in his farewell speech: "beware of the military industrial complex". In this context US politicians like Ron Paul (Republican) or Dennis Kucinich (Democrat) who are not "buyable" by this complex are now making the case that the US military neocon policy is misguided. Some peace activists and US veterans have come out saying that the never ending US "war on terror" was a concocted ploy by corrupt global elites/powers who profit from war by dividing and conquering the gullible masses. Is the military or pacifist method more successful or superior in achieving world peace? You be the judge!

As one of the members of a Stouffville mennonite church, I am proud we are engaging the powers and that our voices are heard nationally.