Scattering seeds for a new season

Women Talking Together in Faith 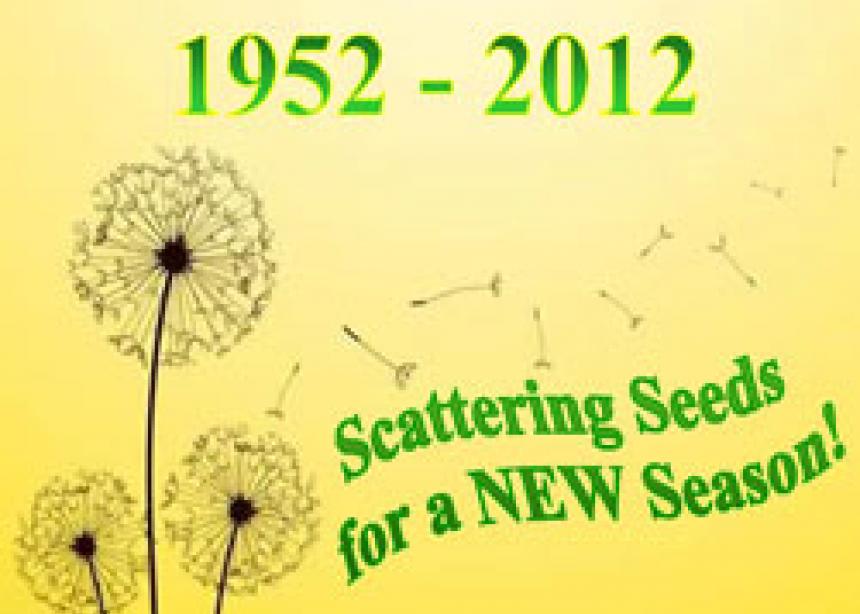 Spring is here! And with it come various chores around the yard and garden: cleaning out the withered growth left after the snow melted, digging the moist earth to let in air and water so new growth can happen, and pulling out those ever-present weeds. I’m always amazed at how those pesky dandelions can take root and appear in full bloom before you know it.

Dandelions are noted for their deep roots and ability to thrive in all kinds of weather. Although they bloom predominantly in the spring, their yellow heads can also be seen during the summer and fall. As I write this, the first crop of dandelions on our southwestern Ontario farm’s side hill is in full bloom with some just starting to go to seed.

What a beautiful picture as the seeds are scattered by puffs of air to land who knows where, ready to root and begin a new cycle.

For the past few years, Mennonite Women Canada has been using the dandelion to symbolize its ministry. Like the dandelion, our organization has deep roots and thrives through ups and downs. We hope that the seeds we scatter in this new season will find a home in the hearts of women who want to make a difference in their commu-nities across the street and around the world, as they did in the past.

With this in mind, the theme chosen for MW Canada’s 60th anniversary celebrations, to be held on July 14 at the Mennonite Church Canada assembly in Vancouver, is “Scattering seeds for a new season!” The event will include featured guests from the Mennonite Girls Can Cook bestseller.

It should also be noted that prior to organizing nationally in 1952, Mennonite women’s groups in various provinces were already formally organized. For example, Ontario Mennonite women were organized into three distinct conferences: Ontario Women’s Missionary and Service Commission in 1917, South Western Ontario Women in 1944, and United Mennonite Women’s Mission Society in 1947. In 1995, they were integrated as Women of Mennonite Church Eastern Canada. British Columbia women organized in 1939, Manitoba followed in 1942, Saskatchewan in 1943, and Alberta in 1948.

Throughout the years, women’s groups across Canada have faithfully supported their provincial and national organizations by offering their time, talents and financial donations because they believed that by doing things together they could accomplish more.

However, due to aging members who are finding it difficult to participate in and support women’s ministry at the local level, let alone at the provincial and national levels, and the declining numbers of formal women’s groups across the country, the traditional support base is eroding. To counter that, the definition of membership in MW Canada was changed in 2010 to include “all women who are part of a Mennonite women’s organization or participate in a Mennonite congregation in Canada.” The hope is that, over time, all women in our Mennonite churches will feel connected to, and supportive of, MW Canada, whether or not they belong to a women’s group.

During the past 60 years there have been many
changes in how we interact with each other. The rapid rise of Internet technology and the use of various types of social media available have changed the world. So we have been challenged to keep abreast of this new technology in an effort to reach out to younger women and let them know what we are all about. We have:

MW Canada is grateful for the help received from various sources, and also the faithful support of the traditional women’s groups across the country, who are striving to do their best to continue the legacy of dedication, service and love in pursuit of a women’s ministry in today’s society.

To participate in that, please plan to attend our 60th anniversary celebration.

Liz Koop is the president of Mennonite Women Canada. 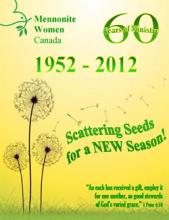