Women and girls the solution to development work 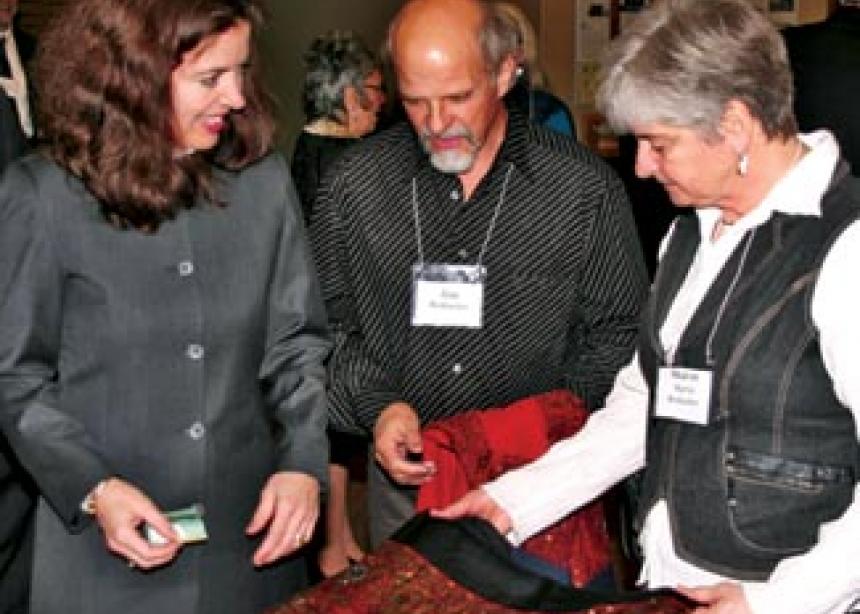 A record number of guests came to the annual dinner of the Waterloo chapter of Mennonite Economic Development Associates (MEDA) last month to hear keynote speaker Helen Loftin give an update of MEDA’s work in Pakistan. Currently regional project manager in Pakistan and Afghanistan, she administers a program that makes small loans to women and trains them in business practices and employee management.

The program has focused on four products: milk, glass bangles, embellished fabrics and seedlings. With all of these the program uses a “market-driven approach,” she said, helping women to become involved in every aspect of the process.

A short video on glass bangles showed Pakistani women doing market analysis, manufacturing, supplying at both the wholesale and retail levels, and as customers. Women gave testimonials about moving from barely making ends meet as a producer to, in one case, now employing more than 70 other women. A husband, who seemed very satisfied, testified that his wife’s business and earnings were helping his family with nutrition and education.

Food stability and education are common outcomes when women are empowered through income, Loftin said, noting that Mohammed’s first wife, Khadija, was a businesswoman in Medina, and the prophet’s first employer.

Supported by MEDA contributions, Canadian International Development Agency and the United States government, MEDA’s program “finds business solutions to poverty” for more than 50,000 women entrepreneurs in Pakistan. Currently, plans are underway to increase that number, especially in some of the tribal areas, like the Swat Valley in northwest Pakistan. While the guidelines, particularly from the U.S. government, are focused on counterinsurgency against the Taliban, MEDA sees this as an opportunity to show business as an alternative peacemaking model, she said.

Loftin will be returning to Canada sometime in the fall to take on the new role of MEDA’s director of women’s economic development. 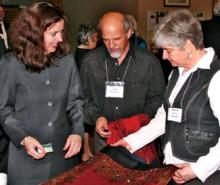