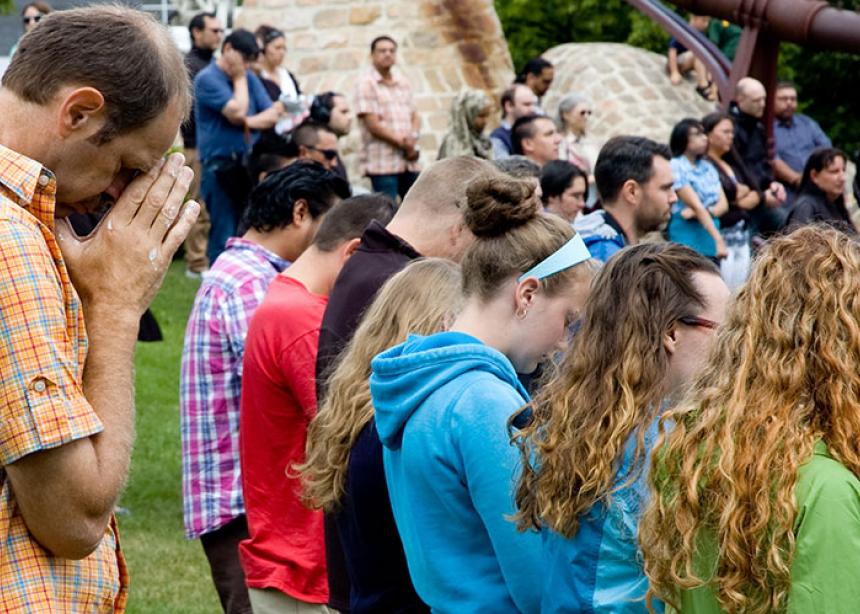 Of the approximately 150 people who attended an Honour the Apology rally at the Forks in Winnipeg on July 25, more than 20 were members of the Manitoba Mennonite community.

Rallies held across the country urged the federal government to honour its June 2008 apology to Indian Residential School (IRS) survivors by releasing all documents related to those schools.

The files are considered crucial to the Truth and Reconciliation Commission’s mandate to acknowledge the injustices inflicted upon indigenous populations by the IRS and to create a public record of what happened.

Despite a Jan. 30 order from the Superior Court of Ontario to release all related files, the vast majority are still in the hands of various government departments.

Honour the Apology was sparked by July 16 reports of nutritional experiments performed on more than 1,000 IRS students during the 1940s.

Since the July 25 rally, the commission has reported another discovery: aboriginal children were also subjected to medical testing.

“If we’re going to walk a good path towards reconciliation, honest and open truth-telling is critical,” says Steve Heinrichs, Mennonite Church Canada director of indigenous relations. “Whenever new information like this surfaces, it re-traumatizes indigenous survivors and their communities, and they understandably ask once again, ‘Who can we trust?’ We must demand better of our government,” he says.

Ron Janzen, executive director of Mennonite Central Committee Manitoba, was one of several religious leaders from the local faith community who addressed the gathering. He told participants that “the work of justice adds honour to the national apology and thereby becomes a true testimony of Canadian citizenship and respect.” 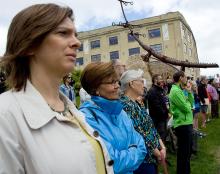