When vets mourn what should Mennos do? 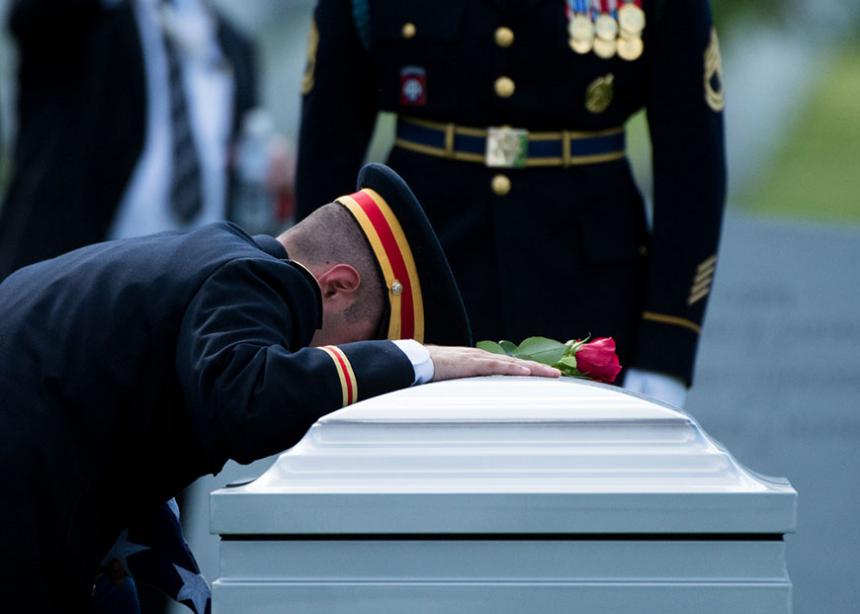 A new Sunday School peace curriculum in the U.S. pushes Mennonites in a direction very different than the predictable emphasis on the evils of war and the theological superiority of pacifism.

“Returning veterans, returning hope: Seeking peace together” encourages Mennonites to see veterans not as people with incorrect views, but as fellow human beings to be understood and embraced.

The curriculum—found online at mcc.org/media/resources/1719—is not about us “trying to win an argument,” says Jason Boone of Mennonite Church U.S.A. “That’s not it at all.” Instead, it equips Mennonite churches to reach out to veterans.

The material, which was released last November by MC U.S.A., Mennonite Central Committee U.S. and Mennonite Mission Network, is about understanding people with military experience and exploring how the Anabaptist circles of faith can be extended to welcome them. It asks, “What can veterans and peace churches learn from one another?”

The U.S. is home to 21 million vets, including 2.5 million from the wars in Iraq and Afghanistan. Many of these people’s lives have been turned upside down. The pain that many of them carry is a “living reminder,” the curriculum states, “of our shared failure to prevent war and create a culture of peace.”

The material suggests that members of peace churches should extend the same compassion towards these people as they would to victims and survivors of war overseas, since they, too, “carry the emotional and moral pain of war.”

For many Mennonites, a first step is to take down the walls that tend to separate pacifists from those who have gone to war. The first of the six lessons is entitled “Crossing barriers.” Boone says a “healthy dose of self-reflection” is required. Mennonites need to examine whether there is “a purity that we own that keeps us away from other folks.”

“Are we setting ourselves aside from people that we see as less than us?” he encourages churches to ask. “If so, that’s a problem.”

In the first lesson, Ron Adams, a Mennonite pastor from Wisconsin, shares his own experience of crossing barriers to work with veterans. “As a good Mennonite, I am comfortable remaining behind the walls that separate me from those participating in the military,” he writes. “And, frankly, it’s easier that way, neatly dividing the world into us and them.” But beyond those walls, Adams says, lies the realization of “the humanity we share.”

The lesson draws on Matthew 8, in which Jesus heals the servant of a military officer of the oppressive Roman occupying force. “He touched everybody,” Adams says of Jesus. “He turned no one away.” Adams writes that he remains a “convinced Mennonite pacifist,” but that does not excuse him from loving others, including veterans, and sharing their pain.

Subsequent lesson topics in the series include:

Each lesson is intended to be used for one or two Sunday sessions.

Ultimately, the goal of the initiative is to equip and motivate individual congregations to find ways in their particular setting to make relational contact with military personnel and to do so in such a way that particular vets will feel comfortable becoming involved in their churches and will experience church as a place of healing.

Boone says he has personally found it very helpful to learn about the sorts of issues vets face and what the process of dealing with intense trauma can involve. He says people dealing with “moral injuries” need two things that churches are well-positioned to provide: long-term commu-nity ties and access to some sort of moral authority figure.

Boone says the response to the new curriculum has been positive, although he does not have data on how many congregations are using the material. The next phase is to offer day-and-a-half congregational training sessions that will delve deeper into theology and ethics, as well as look at exactly what specific congregations can do in their particular settings. Those sessions will be offered beginning later this year.

While the material is geared for the US context, Mennonite Church Canada has it available as well as other related materials, and MCC Canada is open to adapting it for a Canadian context is there is interest. 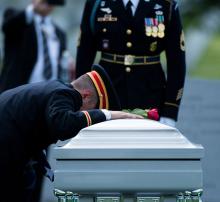 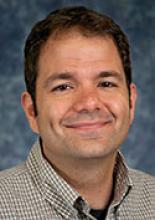 How nice to read of Mennonites fostering more understanding towards war vets.

There's considerable hypocrisy among Mennonites in regards to military matters. If we address it more, we'll be even further along.

We have a peace stance, which is great in many respects, but we also appreciate good policing and that we can call on cops with guns in emergencies. Since militaries are police forces on a large scale, most Mennos also secretly appreciate them for
necessary peacekeeping, defense and intervention.

Militaries are often bloated and used wrongly, yes, but it isn't the fault of individual men and women in uniform. We couldn't do away with militaries in current global circumstances. Therefore, military people perform important, necessary functions, ones which Mennos won't do, but benefit from, like everyone else.

Since this is a contradiction, we may have more to answer for than the soldier who's done questionable things in confusing and dangerous situations. Such admissions by us will further reduce any "us-and-them" attitude, opening the way for more dialog.

Basically, telling military people about some of our issues - telling them that we need healing from mental errors and moral injuries, too - puts us on the same level (not above) and will probably help them most.