When faith collides with academic freedom

TWU calls university teachers union report a ‘black list,’ while CMU president tries to ‘not make too much of it’ 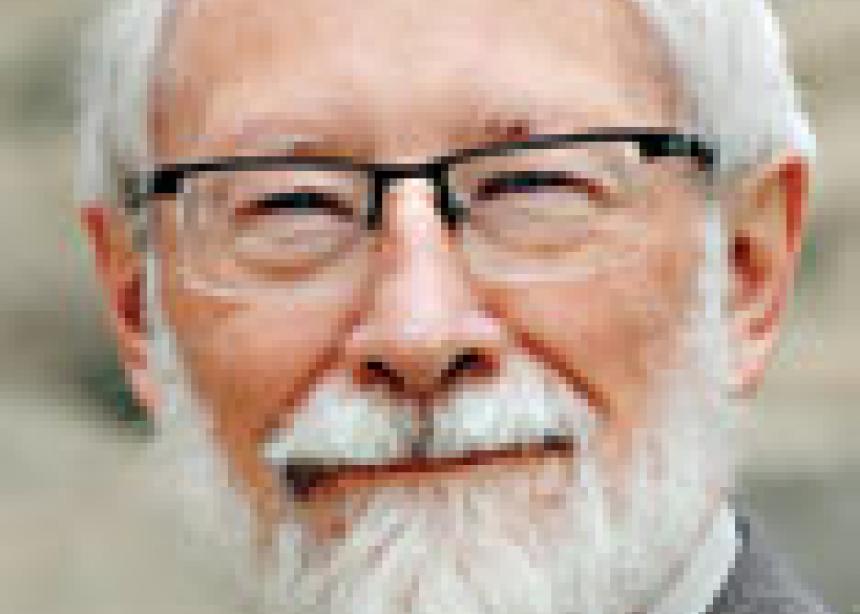 After stories went national earlier this year announcing that Trinity Western University (TWU) in Langley, B.C., had fallen afoul of the Canadian Association of University Teachers (CAUT) over issues of academic freedom, Canadian Mennonite University (CMU) in Winnipeg now finds itself implicated in the same controversy.

Late last year, CAUT issued a report stating that “there is no question that [TWU] violates the commitment to academic freedom that is the foundational bedrock of the university community in Canada and internationally.”

The report’s authors arrived at that conclusion by turning TWU’s own policy statements against it. Such statements include: “Jesus Christ . . . saw his role as in part setting people free from bondage to ignorance, fear, evil and material things while providing the ultimate definition of truth,” and TWU “rejects as incompatible with human nature and revelational theism a definition of academic freedom which arbitrarily and exclusively requires pluralism without commitment, denies the existence of any fixed points of reference, maximizes the quest for truth to the extent of assuming it is ever knowable, and implies absolute freedom from moral and religious responsibility to its community.” It was also noted that faculty were selected in part on their “commitment to the Christian faith.”

CAUT has since posted the report on its website, leaving TWU worried about the impact it will have on its enrolment, staff recruitment and research funding, and whether it may tarnish the degrees its students earn.

“We’ll be watching any impacts very carefully,” TWU president Jonathan Raymond told The Province columnist Brian Lewis in February. He is also quoted in a Jan. 30 National Post story as saying the report has put the school “under a cloud of suspicion,” characterizing the report as “a black list.”

Such a description is supported by Al Hiebert, president of Christian Higher Education Canada, an umbrella group for Christian universities in Canada, including TWU and CMU, which is now awaiting the outcome of its own investigation by CAUT. “The list and investigation implies there’s something sinister,” Hiebert is quoted as saying in the same National Post article. “I would also call it harassment. It’s putting the education of those schools and the research of their faculty under the heading of, ‘We don’t need to take them seriously.’?”

For his part, CMU president Gerald Gerbrandt is taking a low-key approach to his university’s response to CAUT’s investigation, despite the fact the story has been played out in both the provincial and national press. While “not overly concerned” about the report, which is not yet completed at this point, he told Canadian Mennonite during a stop in Waterloo, Ont., last month, “I am somewhat anxious; I’m trying not to get into a battle with them.”

“My natural inclination is to try to not make too much of it,” Gerbrandt said, noting that CAUT, a faculty union with no representation at CMU, has no formal role in university academic structures and was not well known outside of the university system until this story went national.

Gerbrandt believes that CAUT’s goal of ensuring academic freedom in Canada’s post-secondary education system is a laudable one. “Faculty need to be able to think critically, even about faith issues, if the church is to meet the challenge of a new era,” he said. As to how far outside the mainstream CMU professors are allowed to stray, he said, “Faculty have the right to be wrong. It’s part of the scholarly and theological process.”

At the Shaftesbury campus, all employees must be Christians, although not necessarily Anabaptists. Faculty and staff are encouraged to “affirm the faith tradition of their denomination, even as they support the mission of CMU” he explained, adding by way of example, “We want Lutherans to be Lutherans.” At Menno Simons College on the University of Winnipeg campus, staff have to be able to “advance the [college’s] mission, a mission flowing from our Anabaptist understandings of faith, peace and justice,” he said.

In a March 17 internal memo to CMU staff, which Gerbrandt made available to Canadian Mennonite, he took a similar line to that of TWU over the relationship between faith and academic freedom. “CMU does not understand academic freedom to be inherently undermined by the expectation that faculty at CMU be Christian,” he wrote, adding later that “the CMU context frees faculty and students to more openly bring God and faith questions into the conversation, openly and comfortably,” a goal for which the university was created.

At this point anyway, it appears that CAUT has specifically targeted Christian institutions. Besides CMU and TWU, Crandall University in Moncton, N.B., and Redeemer College in Ancaster, Ont., are also being investigated. If that is the case—that CAUT is creating a list of faith-based schools—Gerbrandt concluded proudly, “I want to be on it.”

As of press time, CAUT’s report on CMU had not been posted on its website.