What’s to become of Mennonite schools? 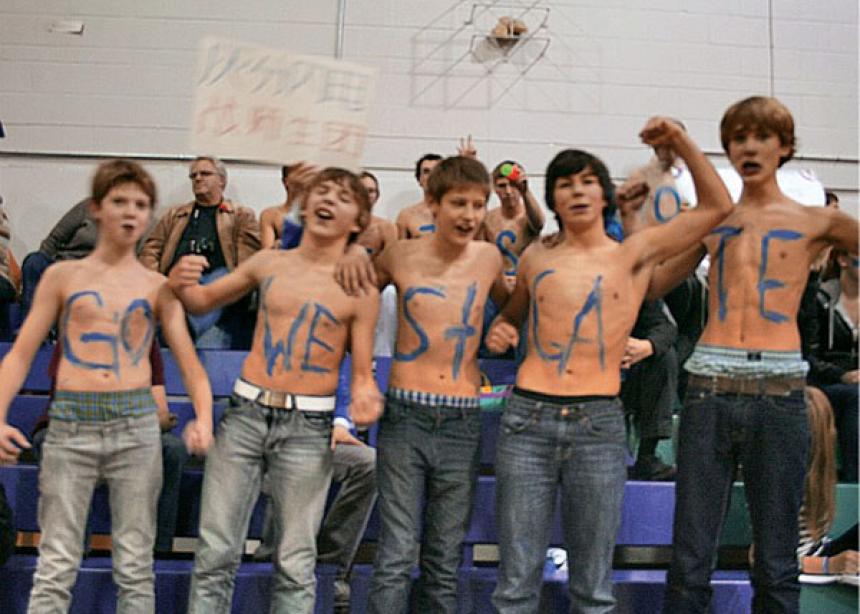 Thirty years ago, Anna (a pseudonym) took her first tentative steps through the doors of Rockway Mennonite Collegiate in Kitchener, Ont., and entered a very different world than she was used to.

“It was hard explaining to my friends why I was going to a Mennonite high school,” she recalls. “They didn’t know what to make of it.”

Back then, the student population was made up almost entirely of students from solid Mennonite borscht-eating families with a few international students and a couple of Dutch Reformed teenagers tossed into the mix.

Mennonite schools have been part of their communities in Canada for decades. They were born out of early settlers’ convictions that it was important to educate their children without government influence, so that God could be included, explains history buff Ed Schmidt. But it took on different significance with each group of Mennonites, he says. Some, like the Sommerfelder in Manitoba, felt so strongly about educating their own children that they left Manitoba and moved to Paraguay when their demands were not supported by the federal government.

Other groups felt less strongly about the issue, but all had an opinion. “In education, we wanted to make our own decisions,” he notes.

Fast-forward to today and a different picture comes into focus.

In the Jan. 11 issue of Canadian Mennonite, Gail Schellenberg wrote a piece called “New realities for Mennonite schools.” Schellenberg, a principal at Rosthern Junior College, Sask., took a hard look at present and future issues of enrolment in Mennonite schools. In it, she spoke honestly about how even simple things like changing demographics in churches can—and will—affect how these schools are run in the future.

So why the widely ranging results? Does declining enrolment mean that people just don’t care about their children’s education? Or is all about money? Does a private education just cost too much for most families nowadays?

To compare tuition costs in each of the schools would be unfruitful because local regions face varying economic realities. Cost of living, government funding for church schools and local job markets all play a key role in determining the viability of such a choice.

What church pastors have to say

As church leaders across Canada weigh in on the issue, other variables come to light. Certain assumptions by parents and students can derail good intentions, and lack of communication on the part of Mennonite schools can sometimes result in decisions against an Anabaptist education being made.

Gerhard Luitjens, pastor of Hope Fellowship Church in North Battleford, Sask., took his high schooling at RJC and also sent four of his five children through the same school. “The problem for a lot of kids [today] is that they’re involved in other things in their local community and they don’t want to leave that,” he says. Parents wonder, too, what the difference is if their child goes to a public or a church-based school, he adds.

Jean Lehn Epp, youth pastor at Waterloo-Kitchener Mennonite Church, Waterloo, Ont., sees the issue from a social standpoint. If a Mennonite school hasn’t built relationships with children from Mennonite families, and if prospective students can’t see their own friends attending, then difficulties arise, she says. “If [teenagers] don’t have a relationship, there’s not that loyalty,” she points out. “Those relationships [between school and student] need to be built early, even before Grade 7 and 8.” She acknowledges that Rockway has heard those concerns and is working to address them.

Andrew Waithe, youth pastor of Grace Mennonite, Regina, Sask., speaks to the issue from the perspective of too many choices for parents and teens. “Parents are concerned that the academic standards [at RJC] are different from a regular high school,” he says. For example, in Regina, students have the opportunity to be in the International Baccalaureate (IB) program. For some parents, says Waithe, “there is an expectation that our Mennonite schools should be equivalent to the IB program.”

Not so, says Schellenberg, who points out that last year RJC students qualified for $90,000 in scholarship money. On average, she says, RJC has between five and seven Greystone scholars, which are classified as having marks over 90 in Grade 11.

Parents don’t always see the necessity of a spiritual education either, says Waithe. “My kids will do well if I teach them myself,” is an attitude he has encountered, adding that some parents find it hard to let their teen go. “RJC is a boarding school. There is a reluctance by parents to send their kids,” he says, noting that the majority of his youth group members use the public school system in Regina.

That being said, however, Waithe is quick to point out the upside of living in a residence. “I do see a benefit to being in a Christian community,” he says. “There are so many forces being weighed on kids. There are a lot of negative influences.” He readily acknowledges that a Christian community like RJC will take a different approach, for example, on an issue like bullying.

With fewer families choosing the Anabaptist path, Mennonite school boards are forced to consider other options. Many chose to open their doors to the community, accepting students from various faith backgrounds, but with the stipulation that the parents and students accept the role of religious instruction in the school.

“In large part, the response we get from students and parents is positive,” says Schellenberg. “This is who we are and you have to be comfortable with that,” she tells parents.

Other Mennonite schools look for financial solutions elsewhere. In the case of Menno Simons Christian School in Calgary, Alta., with students from Kindergarten to Grade 9, the board took the unusual step six years ago of approaching the public school division to ask about a partnership, because the school—with 25 percent Mennonite students—was struggling.

“We found we couldn’t make it,” says principal Byron Thiessen.

The Palliser School Division outside the city agreed to incorporate the school as part of its alternative programming, and the new arrangement allows teachers more benefits and a pension.

Thiessen believes the reason fewer families are choosing Mennonite schools is for the sake of convenience. “Families, for the most part, are comfortable with their own community schools,” he says. “It’s not a priority to go to a Mennonite school” any more.

Ed Schmidt agrees. “There is a phenomenal lack of commitment to our basic tenets of belief,” he states. “As our forefathers wanted to make their own decisions about education, parents today do the same. They’re still defining what ‘Mennonite’ means for them.”

So with financial struggles and lack of interest on the part of Mennonite families, is it worth keeping Mennonite schools open?

“We need the church and the church needs us,” says Schellenberg pointedly. She believes there is a higher percentage of graduates going into ministry or missions than those coming from a public high school. “Look at your churches. Who is leading worship? Who is teaching Sunday school? That’s across Canada, no matter what,” she says.

If the church needs the schools, what, then, is the role of the church? Should there be a place in every church budget for student bursaries to these schools?

Terry Schellenberg, former principal of Rockway and now a vice-president at Canadian Mennonite University, believes strongly in the importance of church support and participation. “It’s an issue for the church, not just the schools, in the sense that the church has a calling to embrace these schools,” he says.

Do the effects of declining enrolment carry over to Mennonite post-secondary institutions? “Just under 50 percent [of CMU students] come from Mennonite contexts,” Schellenberg says. “We think that’s good. . . . Other denominations are looking to this tradition. I think we have a gift to kids from other backgrounds,” he says.

Lastly, it’s worth looking at what teens today are thinking.

Kyle Siemens, a Grade 12 student from Warman, Sask., took a good look at what RJC had to offer and then chose to go the public route. “There are several reasons as to why I decided not to go to RJC,” he says. “One of the main reasons was the cost. RJC isn’t cheap. It costs roughly the same as a year at a post-secondary institution and that was a big drawback, considering I could get the same level of education from the government for essentially free. I also have numerous friends at my current school; I didn’t really want to leave them to go to RJC.”

Rachel Dueck, a Grade 11 student at RJC, believes passionately in the value of Anabaptist schools. “I decided to come to RJC because I wanted God to be a larger part of my life,” she says, feeling that she couldn’t be true to herself in the public setting for fear of offending people by expressing her beliefs.

But she also had to relinquish certain musical opportunities. “When I came to RJC, I gave up a brilliant music program at my old school, as well as the opportunity to play my French horn in a band,” she says.

“I think that the reason more people aren’t coming here is because of the cost,” Dueck says, adding, though, “I believe that if people were more aware of the advantages of Mennonite schools like RJC, more people would want to attend.”

Luke Warkentin, a Grade 12 student at RJC, believes his choice to go to RJC has led to “a much more meaningful education. It’s hard to understand the benefits of a school like RJC until you actually attend,” he says. “Although lots of people are unsure about coming to RJC, I would say that 95 percent of students wouldn’t think of going back to their old schools once they are immersed in the RJC life.”

Two of the three students mention money as being the reason they or their friends are choosing the public system over Mennonite schools. If teenagers are staying away from Mennonite schools because of cost, what is that saying to church leadership? Where is the support in the churches to help teenagers make a choice based on heart issues rather than financial issues?

“If I didn’t believe these schools make a significant difference in kids’ lives, I wouldn’t have put all these years into it,” says Terry Schellenberg, who has worked in Mennonite education for the past 23 years.

Is it time for a second look into how to support future leadership on a national scale, not just leaving each area church and its related schools to do the best they can on their own? 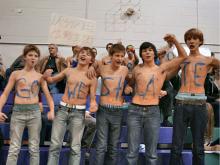 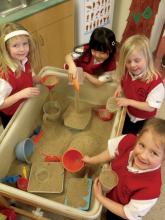