‘What kind of fanatics worship such a God?’ 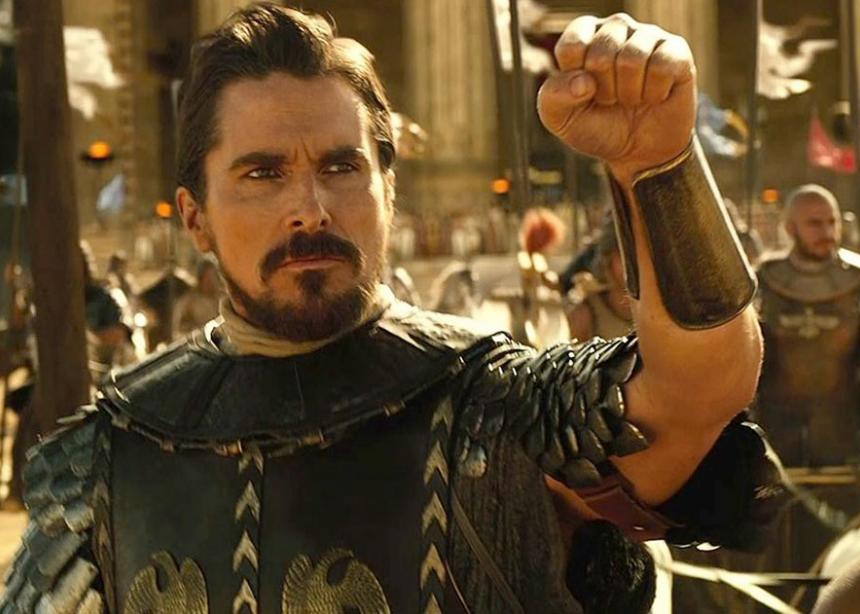 No such luck with the disappointing Exodus. Despite the many critics who thought Exodus was controversial and unfaithful to Scripture, I cannot imagine a less controversial attempt at filming Exodus in 2014, unless that attempt was made by Sunday school teachers.

The story of Exodus is, as I mentioned, very familiar, and so there is no danger of providing spoilers here. Exodus: Gods and Kings begins with Moses (played by Christian Bale) as an adult, just before he discovers that he is not an Egyptian, but the son of Hebrew slaves. Given his position as a virtual son to the pharaoh Seti (played by John Turturro) and a virtual brother to Ramses (Joel Edgerton), this revelation has dramatic consequences. When Ramses becomes pharaoh after his father’s death, Moses is sent into exile, where he lives as a shepherd for nine years before God sends him back to Egypt to lead his people out of bondage.

This ambiguity extends to Scott’s other attempts to provide a modern perspective on the old story. One of the supposedly controversial elements in Exodus is Scott’s choice to have God represented by a petulant 10-year-old boy, who appears after Moses sees the burning bush. This does seem a little risky, but the boy doesn’t say anything that God might not have said to Moses from the burning bush or as a disembodied voice. Moses argues with God a lot, especially about the necessity of the plagues, but eventually seems to decide that God knows best and does what has to be done to bring God’s people from slavery in Egypt to the promised land.

This ending takes the edge off of a second potentially controversial element. After the death of his firstborn son, Ramses confronts Moses with the body, saying: “This is your god? Killer of children? What kind of fanatics worship such a god?”

Such a question deserves serious consideration, but Moses ignores it, not least because it comes from a man who himself would not hesitate to kill innocent children to protect his people. With God and Moses smiling at each other by the film’s end, there is no attempt to revisit Ramses’ profound question, thus minimizing any controversy.

As for the casting controversy—Scott chose to cast actors who are clearly not Middle-Eastern—it points to something that is hardly unusual in Hollywood.

Bale’s performance as a flawed and conflicted Moses is one of the film’s few highlights; another is the excellent cinematography. The rest of the actors didn’t impress me. Neither did the unoriginal and boring screenplay, written by a team of writers who wasted the opportunities to develop characters and create a truly memorable and thought-provoking dialogue between Moses and God.

Early in Exodus, Moses clarifies for Ramses that Jacob didn’t fight with God; he wrestled with God. As I heard this, I thought perhaps it was foreshadowing Scott’s own wrestling with God in filming the story of the Exodus, or at least the wrestling with God that Moses himself would undertake in the film.

Ascribing the horrific deaths of thousands of innocent children to God is a serious matter, although I don’t want to suggest that the deaths of thousands of Egyptian soldiers in the Red Sea are less problematic. Such deaths demand that all who believe in God wrestle with Ramses’ question far more conscientiously and persuasively than Moses does in Exodus: Gods and Kings. 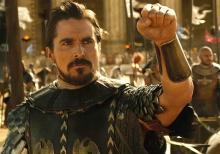 I'm sorry, but what's to wrestle with? God is not and (being unchangeable) has never been a pacifist.
Scripture is clear, he killed the first born of the Egyptians, man and animal. He killed the whole of the Egyptian army. He ordered Israel to kill the Canaanites, man, woman and child.

This is God. It is not all of who God is, but the incarnation doesn't do away with the Old Testaments descriptions of the Commander of the Armies of the Lord.

Give the holiness of God, the eternality of hell and the coming judgement, I fail to see the difficulty in accepting what Moses tells us about the events surrounding the Exodus.