What could he mean? 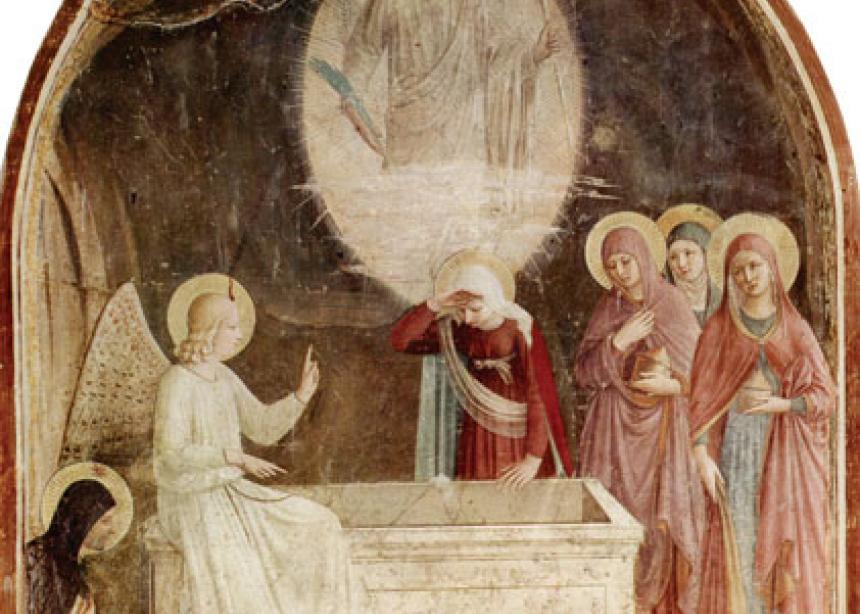 “Trembling and bewildered, the women went out and fled from the tomb. They said nothing to anyone, because they were afraid” (Mark 16:8).

Forty years ago this June, I fled from death. The day before the annual Sunday school picnic, my grandfather died of a heart attack. I was almost 10 years old.

We drove to the funeral home to see the body. I walked down the long hallway in fear and turned the corner to enter the room where my grandfather lay. The family was standing around, filled with grief. I took one brief look at Grandpa, turned and fled the building. Instead of attending the funeral, I went to my friend’s farm and played all afternoon. I still regret running away.

At the heart of the Gospel of Mark, Jesus says, “If anyone would come after me, he must deny himself and take up his cross and follow me” (Mark 8:34).

But what is the Easter message for those followers who fail? Is there hope? The examples of failure are certainly easy to find.

The failure of the three women

Three women—Mary Magdalene, Mary the mother of James, and Salome—watch the cross at a distance. Their distance from Jesus means they are always one step behind. They are too late for the anointing; coming to Jesus’ tomb, they find the body gone. Then they are too late for the Son rise; when they arrive at the tomb, the stone is already rolled away. Jesus is gone and they are left behind.

They are too afraid to witness. The women are called to tell the disciples and they say nothing. For them, the Easter message brings fear, not joy. Have the women failed because they did not tell anyone? What will happen to the good news of Easter if fear causes silence?

But the Easter messenger says that Jesus is going ahead of the women into Galilee. What could he mean?

The failure of the disciples

The disciples have followed Jesus closely since the beginning of his ministry. They follow him until the Garden of Gethsemane. As Jesus prays, the disciples sleep. Apparently their sleep did not prepare them for the danger ahead. When Judas arrives with the soldiers, everyone flees. Jesus had called them to stay, but when opposition came, they fled.

Will the disciples have the strength to handle the same baptism or sacrifice as Jesus? Will they report the resurrection? Will they stand firm until the end? What happens to the disciples after they flee?

The Easter messenger says that Jesus is going ahead of the disciples into Galilee. What could he mean?

The failure of Peter

Peter follows Jesus further into the courtyard, but denies him when questioned. He then follows Jesus as far as the courtyard during the trial, where the high priest’s servant girl recognizes that he is a disciple of Jesus by his Galilean accent. Peter denies knowing Jesus and flees.

Galilee has no reputation in Jerusalem. Galilee is for outsiders. Galilee is the land of pretenders, not of the real Messiah. But the Easter messenger says that Jesus is going ahead of Peter into Galilee. What could he mean?

The failure of the young man

After everyone deserts Jesus in Gethsemane, a young man stays behind. The mob seizes him and he flees in shame, leaving behind his linen garment that represented the priesthood, power, riches and success.

Now at the tomb “a young man” (the same phrase as was used in the Gethsemane scene) is announcing the good news of the resurrection. The young man is now clothed in a white robe like the one that was lost.

Did Mark, the gospel writer, insert himself at the tomb to announce the resurrection? Possibly. Perhaps Mark had the same reason as Mel Gibson, director of the film The Passion of the Christ, who filmed his own hands nailing Jesus on the cross. In effect he was saying, “I nailed Jesus to the cross.” Easter is my story.

What can Easter mean to someone running away from Jesus in shame? Mark says that Jesus is going ahead of such an embarrassed young man to Galilee. What could he mean?

What does Easter have to do with Galilee?

And what of the women? Well, if they had never told the disciples, how would Mark know the story? 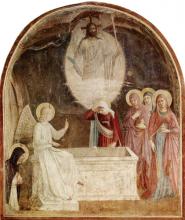