'We have to let go and dream differently' 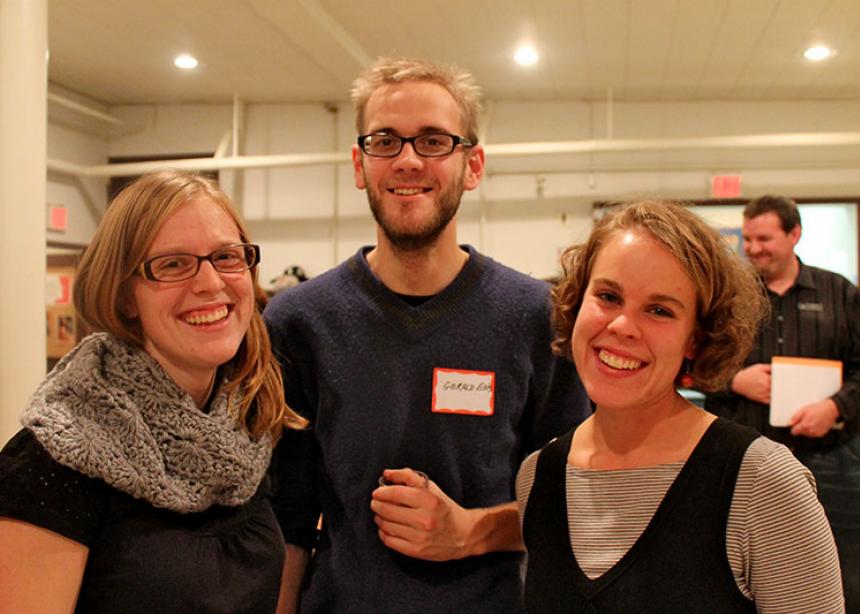 "The 21st-century church will look very different from the patterns developed by the late 20th century, " Gerald Gerbrandt reported to Mennonite Church Manitoba delegates at their fall assembly on Nov. 7 at First Mennonite Church.

Speaking on behalf of the Future Directions Task Force appointed by MC Canada, he said, "We expect this change will be reflected in at least two ways: The form local congregations take will become more diverse, with mission as a more central focus; and there will be a shift away from the expansive programs and denominational offices founded in the last half of the 20th century. "

With this vision for the future church and its programs, 129 delegates representing 31 MC Manitoba congregations considered what to do with one of the programs they hold near and dear to their hearts. Last year, a proposal to consolidate the area church's camping ministry into two sites, in the face of shrinking budgets and staffing challenges, was met with passionate pleas from delegates to keep all three camps open and to work harder at finding the resources needed to do so.

During the course of the past year, the MC Manitoba board continued to study its Camping Ministry and develop further options. (A full report on the MC Manitoba website—mennochurch.mb.ca—provides background information on the ongoing stresses to camping ministry and outlines several options for a valuable, faithful, sustainable Anabaptist camping ministry.) At seven regional meetings throughout the province this fall, board members presented these options and listened to more than 200 constituents.

"We simply believe that the path in front of us is no longer status quo, " states the report. "The status quo decisions of the past few years have simply thrown the burden back on the Camping Ministry staff, requiring harder work with fewer re-sources and more demands, and it's simply not right. We believe we are heading into changing times as a denomination. "

The board came to the delegate assembly suggesting that MC Manitoba retain ownership of one of its camps and request proposals from interested parties to own and operate the other two camps. MC Manitoba would work on creating a partnership agreement with these parties that would allow for some summer programming at the two independent sites into the future. While it would be ideal for the ownership of the two sites to remain related to MC Manitoba, it is possible parties unrelated to MC Manitoba could take over.

Delegates offered strong support and affirmation to the board for its work. There were questions about the possibility of competing financial and human resources if regional MC Manitoba congregations were to assume ownership, but widespread appreciation was expressed for the work that the board has done.

One young person, Maria Dueck, a summer staff person with Camps with Meaning since 2007, spoke passionately against the proposal last year, but since then has changed her mind. "I've come to realize that camp is not a place, but a ministry, " she said. "When the change was first proposed, my reaction was to oppose it and protect what was, but then I began to realize that what I want to protect is the ministry. "

There was no vote on the proposal, but the board carefully noted the feedback from delegates.

"There was a different tone in the conversation this time, " said Ken Warkentin, MC Manitoba's executive director. "There is a dawning recognition that the issues behind the proposals are very real. I heard support for the board and for the direction the board is going. That affirmation was very important for us to hear. "

The board will bring a final proposal for the delegates to vote on at the annual church gathering on March 1, 2014, at Steinbach Mennonite Church.