We don’t need to be more Anabaptist 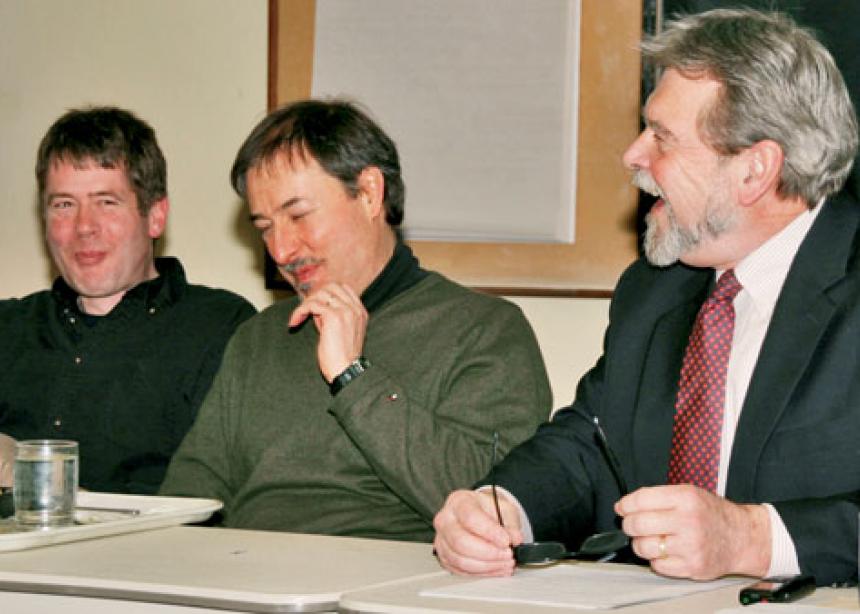 He drew attention to the spirit-filled beginnings of Anabaptism in the 1530s, which were part of a movement through the late Medieval period away from an external faith to an internalized experience with God. But spiritual freedom quickly turned to legalism, Snyder said.

One of Menno Simons’ first writings as an Anabaptist was “The Spiritual Resurrection” (1536), in which he was thrilled with the freedom in the Spirit he experienced as a follower of Jesus Christ. But he ended with writings like “Instruction on Excommunication” (1558), in which he gave detailed instructions on how to behave towards those who have been excommunicated by the church, including instructions for how husbands and wives were to avoid their excommunicated spouses.

Under the influence of the Enlightenment, this legalism moved towards intellectualism, a position that has been held until the present. Many who have wanted more emotional expression in worship and devotion have moved to other denominations, as have those who want more mystery through the use of symbol and actions.

“The heart of the matter, where we encounter the living God, it does not seem to matter much if one is a Mennonite or a Roman Catholic, a Lutheran or a charismatic, or a non-denominational congregational church believer, because we love a living God and not a denominational fossil,” Snyder said, adding, “We don’t need to be more Anabaptist. We need to be more present to God. The good news is, our tradition is not only open to it, but is built on this experience of being present to God. We should fully expect to be led places where our faith parents were not led. Obviously, it’s 500 years later . . . and we’ve learned some things.”

That said, though, Snyder pointed out that early Anabaptist-Mennonites have left those today with great resources on a path to follow from an experience with God to a life lived in continued experiences with God. Although they threw out much Roman Catholic theology and church practices, today’s Mennonites, who live in a different context, can add some things back, and can reclaim or add spiritual disciplines from the Medieval period.

As an example, he used centring prayer,  which he called “a meditative prayer practice that is eminently in harmony with our spiritual tradition. It aims to maintain a non-defensive mindfulness, openness and attentiveness before God. Centring prayer fosters a spirit of gelassenheit . . . the practice of yielding our will before God’s will.”

I was dissappointed to read the article by Dave Rogalski and the comment he reported from Arnold Snyder's lecture. What we do not need is to be more Mennonite. Anabaptism is finding a new audience worldwide and if Brian Mclaren is right the emerging church is looking to us for insight and leadership in following Jesus as well as worshipping Him. We need to look agian and often at our roots and reafirm convictions that brougt us into being: core convictions clearly outlined by Stuart Murray in The Naked Anabaptist. If we do not we will have little to offer. What Mennonites have become may be the problem. The emerging church McLaren and others like him identify is remarkably consistent with the radical faith that started anabaptism.