‘We are all cousins’ 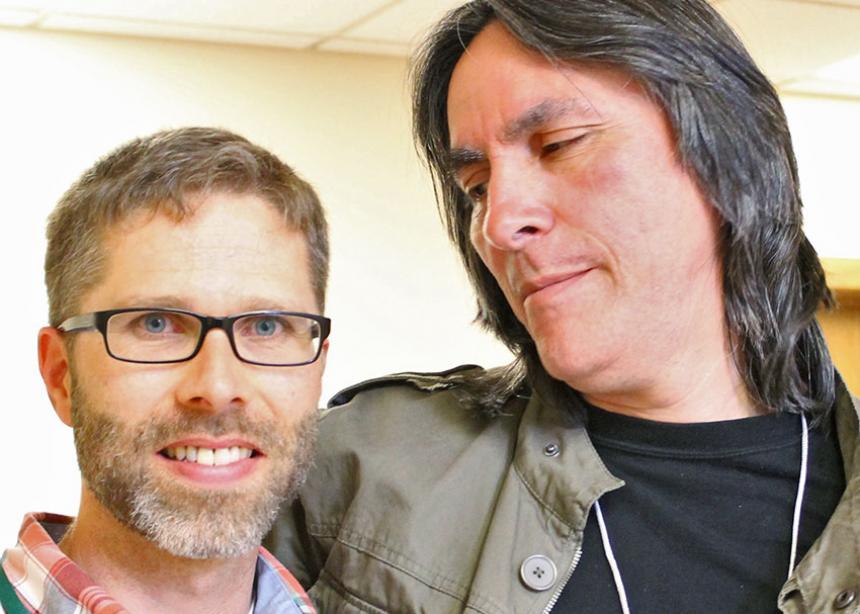 The Cree word “kiciwamanawak” means “we are all cousins.” In Canada, however, this familial relationship between settler and host is fractured.

This was the theme of the “Broken covenant: Indigenous nations, the Crown and the Royal Proclamation” workshop co-hosted by Steve Heinrichs, Mennonite Church Canada’s director of indigenous relations, and Brander McDonald, MC B.C.’s indigenous relations coordinator.

Heinrichs and McDonald introduced participants to the Royal Proclamation of 1763, a piece of legislation that paved the way for the treaty-making process.

According to Heinrichs, although this legislation exists, the covenants are broken through a horrific history of colonialism, residential schools and a lack of aboriginal consultation on resource extraction. But there is hope. “There are covenants that settlers and host people share, covenants that have been broken but can be mended and lived into, covenants that a peace church must grapple with as it seeks to follow Jesus and walk justly in these lands,” he said.

Heinrichs and McDonald played a short documentary called Broken Covenant during the workshop that chronicles Heinrichs on a trip he made to London, England, last year. The trip marked the 250th anniversary of the Royal Proclamation, and several first nation leaders and supporters made the trip to meet with the Royal Family. The meeting never happened, however, but the importance of the Royal Proclamation to first nations stands, they said.

Recently, the federal government approved the construction of the Northern Gateway Pipeline, albeit with considerations. Many first nation communities see the project, which doesn’t have their consent, as an affront to their rights and title.

Canada is built on economic relationships that were, and continue to be, deeply exploitive of first nations people and their land, participants were told.

McDonald urged them to understand their responsibility in the treaty process as settlers. “The reality is that you are treaty people,” he said. “That is what has been given to you by your forefathers who were a part of this treaty process. I plead with you to treat native issues as delicately as you would your child or your grandmother.”

He also urged treaty peoples to understand that Mother Earth nurtures everyone, not just first nations. “Please be careful with my mother,” he said. “My mother nurtures me and also nurtures you because you are treaty people.” 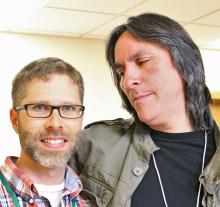