A way of life 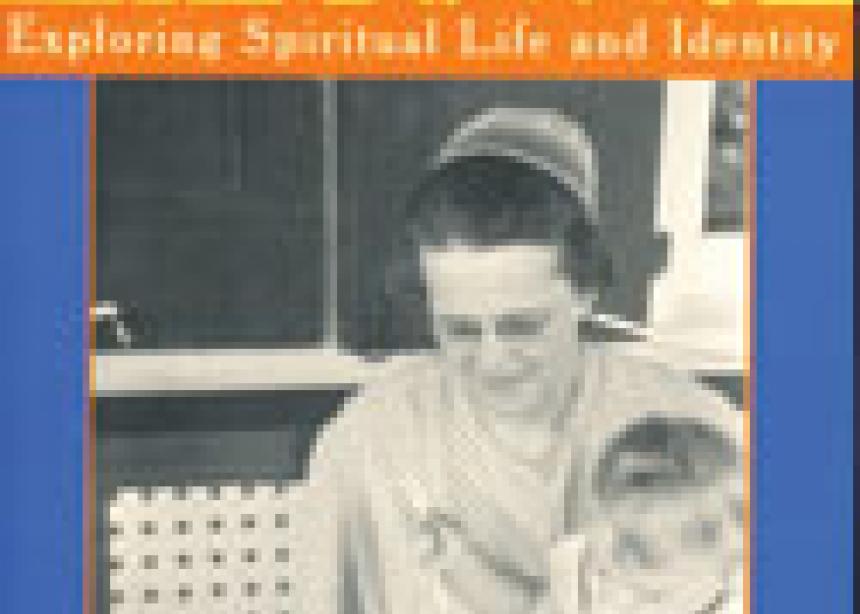 The Mennonite woman of the title is Ruth Nelson’s grandmother, Susan Ruth, born and raised in Mennonite country in Pennsylvania. When Ruth Nelson’s own spirituality failed her while she was on assignment in Northern Ireland, she began seeking for spiritual support in other Christian traditions, most particularly monastic contemplative spirituality.

On her return to North America, she discovered that others—Marcus Smucker, Marlene Kropf and others at Associated Mennonite Biblical Seminary (AMBS), Elkhart, Ind.—were dipping into the same wells. They, like Ruth Nelson, had discovered that the community-based spirituality of rural Mennonites could not support them in urban and mission settings.

The community that had nurtured, cared for, modelled and taught generations of Mennonites was absent, a community that her grandmother had had throughout her whole life and which Ruth Nelson had had as a child and young adult.

She suggests that this is the issue facing late 20th- and early 21st-century Mennonites as they more and more live in isolation from their fellow believers, except for an hour on Sunday morning. The first such generation floundered. The following generations have been formed spiritually very little by the community.

Ruth Nelson’s solutions arise from the program of personal spirituality taught at both AMBS and Eastern Mennonite Seminary, Harrisonburg, Va., spiritual friendships, retreats and direction. These tools arise out of Catholic and Anglican spirituality, and are rooted in the same medieval spirituality that formed the early Anabaptists. They provide new avenues for both formation and mutual accountability in spirituality.

She emphasizes that her grandmother’s spirituality was implicit in the community, while today Mennonites need to become explicit, moving from a “caught” spirituality to a “taught” or formed spirituality.

In her last chapter, “Becoming Like Christ Inwardly and Outwardly,” she describes “six key elements” of a Mennonite spirituality: “an everyday, embodied sacramentality; nonconformity; community; service; gelassenheit or meekness; and the person of Jesus and the Bible.”

She concludes with these words: “Spirituality is necessarily a way of life, a life that is a life of prayer and following Jesus. That is the genius of Mennonite spirituality—it is a way of life.”

It remains for Mennonite congregations and communities to explicitly form that spirituality in all generations present.