Was Jesus just a rebel with a cause? 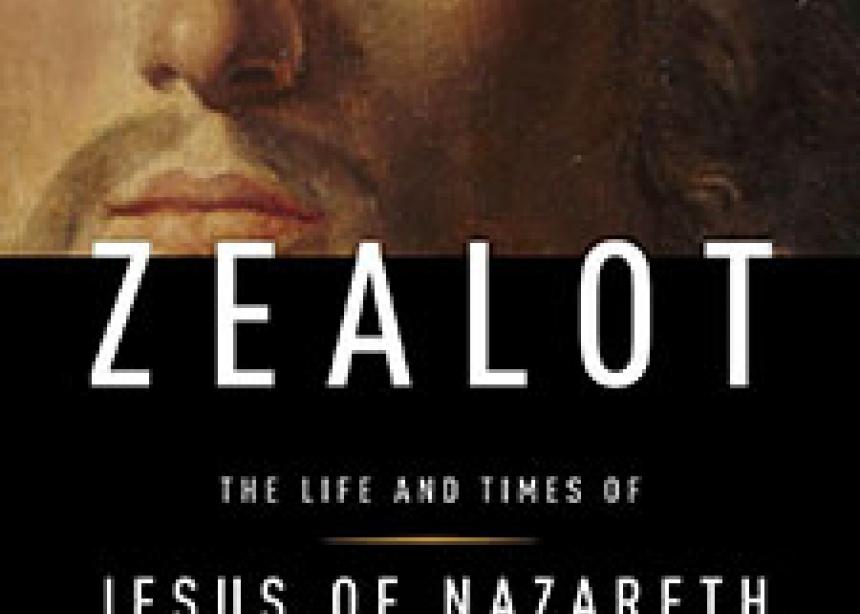 Zealot is a popular presentation of scholarly research on the historical Jesus, read through the lens of Jewish resistance to Roman imperial domination. The main thesis of the book is that Jesus, like the leaders of other Jewish prophetic and messianic movements in Galilee and Judea in the first century, was primarily a rebel whose messianic aspirations included the intention to take up arms against Rome to inaugurate the kingdom of God.

The author’s treatment is academic and does not address, except very briefly, issues of Christian faith.

One of the major strengths of the book is its clear and cogent presentation of the broad social and political context of first-century Palestine and the way in which Jesus and his contemporaries fit into it. Reza Aslan skillfully demonstrates the role of social structures, including those associated with the temple in Jerusalem, in exploiting the poor, as well as the endemic social unrest that resulted from this situation. Zealot distills current scholarly information about Jesus and first-century Palestine into a format that is both accessible to lay readers and interesting to read.

One of the important points discussed by Aslan, which should be of interest to Christians, is the tendency within the gospel tradition to portray the Jews as responsible for Jesus’ death and to downplay the role and responsibility of the Romans and Pontius Pilate. While the gospels depict Pilate as reluctant to execute Jesus—and even friendly towards him—sources outside the New Testament describe Pilate as a brutal and unprincipled despot who continually provoked the Jewish population and exercised violent force when challenged. The too-rosy gospel depiction of Rome’s and Pilate’s roles in Jesus’ death has contributed to, among other misunderstandings, Christian anti-Semitism throughout the history of the church.

There are some problems with Zealot, however. One is a tendency, at times, to force the issue of Jesus’ ties to the Zealots a little too strongly. The provocative title implies that Jesus was a Zealot, but the Zealots were a Jewish resistance movement formed just before the Jewish war in A.D. 66-70, which viewed armed resistance as the path to bring about God’s reign. While Aslan acknowledges that Jesus, who died around A.D. 30, was not a capital ‘Z’ Zealot, but rather a small ‘z’ zealot, the amount of material in the book devoted to the Jewish war and its aftermath means that this distinction may not always be clear to his readers.

This same tendency occurs when Aslan argues that Jesus intended his disciples to be armed. While he quotes passages that suggest Jesus supported violence, he either dismisses or avoids those passages in the gospels where Jesus eschews violence and commands non-resistance, such as Matthew 5:39 and Luke 6:27-29.

He also draws disproportionately on texts from both the Old Testament and the gospels that support violence, while omitting counter-voices in the text. Similarly, Aslan interprets Jesus’ somewhat ambiguous and cagey response to the question about paying taxes to Caesar—“Give to the emperor the things that are the emperor’s, and to God, the things that are God’s” (Mark 12:17)—as a clear Zealot statement.

There are also some errors. One of these is his conflation of two distinct versions of the “Great Dinner,” found in Matthew and Luke. He later equates Matthew’s more violent version of the parable with Jesus’ own view of the kingdom. Most scholars see Luke’s simpler and less violent version, rather than Matthew’s, as closer to Jesus’ original parable.

With these caveats in mind, Aslan’s portrait of Jesus is nonetheless provocative and informative about Jesus and his context. And while Aslan’s revolutionary Jesus may be slightly exaggerated, much of the information he provides is accurate and presents what for many may be a new and challenging take on Jesus’ life. The book serves as a strong corrective to our modern penchant for viewing Jesus as a carefree, non-threatening bohemian who spent his time preaching peace and wandering through the backwoods of Galilee.

Amanda Witmer has a Ph.D. in religious studies from McMaster University, Hamilton, Ont. She is the author of Jesus, the Galilean Exorcist: His Exorcisms in Social and Political Context (T & T Clark, 2012).