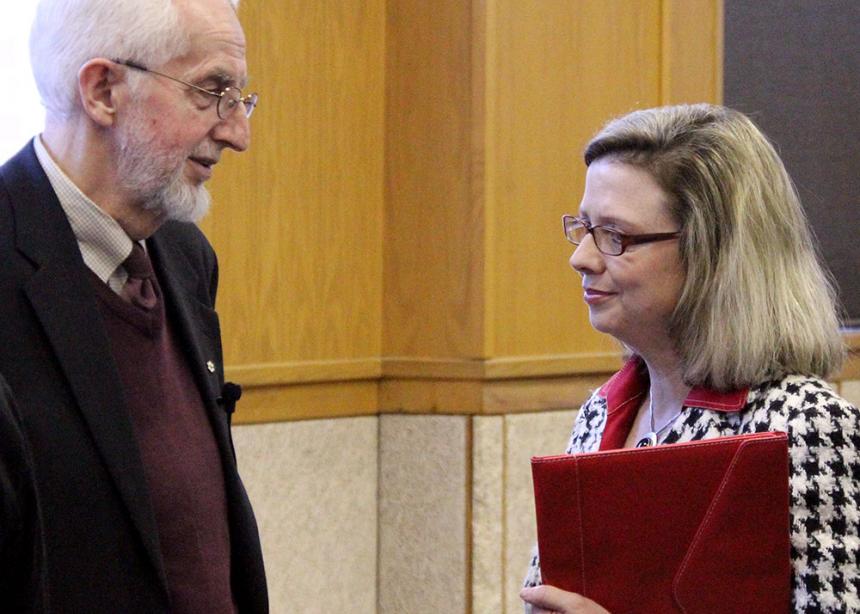 According to Ernie Regehr, for statistical purposes a war is defined as political fighting—not criminal violence—that engages the security forces of the state; as well, it is a situation in which “at least 1,000 people [combatants and civilians] have been killed directly by the fighting during the course of the conflict, and 25 or more are killed annually.”

Regehr, the founder of Project Ploughshares who was honoured with the University of Waterloo’s 16th annual Arts Alumni Achievement Award, addressed a packed audience at Conrad Grebel University College on March 26.

Using Regehr’s criteria, there have been 98 wars in 71 countries since 1987, with 26 active wars at present. Of these 98 wars, only six were inter-state conflicts between two or more nations ; all the rest were intra-state within a country’s national boundaries.

Of the wars that have ended since 1987, only one inter-state war (Kuwait/Iraq) ended through military victory. Only nine intra-state wars ended with military victories, with the “rebels” winning five and the government four. Over half of the wars end through negotiation and others wither away to an inconclusive end.

“The noted British military commander of a variety of collective security operations, the late General Sir Rupert Smith, described post-Cold War military actions as a succession of campaigns ‘that have in one way or another spectacularly failed to achieve the results intended, namely a decisive military victory which would in turn deliver a solution to the original problem, which is usually political,’ ” Regehr said during his talk.

He explained that wars begin because of the “presence of heightened political, economic and social grievances,” and are more likely to break out if the “grievances are directly linked to identity.”

But for wars to take place, there has to be a “capacity for violence,” Regehr said, listing access and willingness to use arms, and a “perceived absence of alternatives,” such as courts or other civil society means. According to him, solving wars, or stopping them before they start, means taking grievances seriously, making sure minority groups are part of the process, limiting access to arms, and ensuring that civil means to deal with grievances are healthy.

Taking up arms—making war—does not work, he said, and costs huge amounts of money, lives and natural resources, both through making armaments and through the destruction they wreak. Other means, including fair distribution of wealth through development work in a country, giving all members of society a voice, working at reconciliation and limiting access to weapons do work, Regehr concluded. 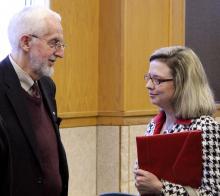