Wall of Remembrance to COs dedicated

3,021 bricks commemorate Manitoba COs who served during World War II 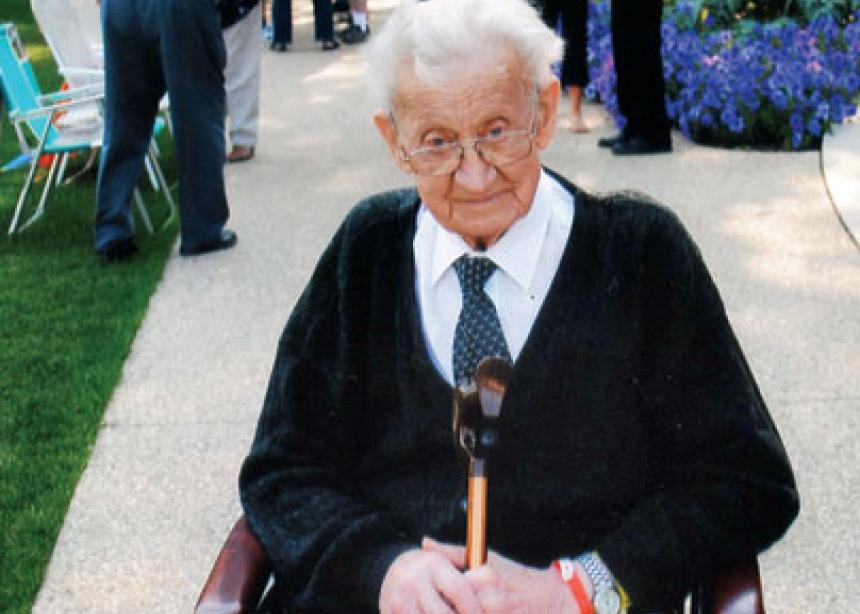 Henry Sawatzky, a former conscientious objector, came from the Altona Hospital to attend the dedication service of the Wall of Remembrance in Winkler, Man.

A Wall of Remembrance erected in Winkler’s Bethel Heritage Park honours more than 3,000 young men who served as conscientious objectors (COs) in Manitoba during World War II. A Sept. 11 dedication service marked the completion of the wall constructed with 3,021 bricks, one for each CO.

“A Wall of Remembrance is about more than remembering the past,” said Bernie Loeppky, a member of the Evangelical Anabaptist Fellowship that planned the wall together with the Manitoba Mennonite Historical Society and an ad hoc group of COs. “It is above all about a focus on the Prince of Peace who died and rose again, and who calls us to a lifestyle of peacemaking. Secondly, it is a wall to remember the followers of Jesus who chose the way of peace as a way of life, in particular in time of conflict and World War II.”

Between 300 and 400 people attended the service, many of them former COs. Now in their 80s and 90s, this event allowed them to reflect back on that time when they refused military service, serving instead in national parks, hospitals, farms, mines, lumber camps or remote schools more than six decades ago.

“We are still working on the list,” said Loeppky. “Government records were lost after the war, either deliberately or otherwise. We are hoping eventually to engrave the names on a plaque.”

Although the Wall of Remembrance is completed, the commitment to promoting peace is far from over.

“For every dollar we spend on the wall we are committed to spending another dollar on teaching and teaching materials related to peace,” Loeppky said.

The group has already produced a five-lesson study guide, “Marching to the Jesus Drum,” that focuses on the biblical teaching on peace and conflict resolution, and a DVD done in a news format called Radical Followers of Jesus.

A total of 10,851 young men from across Canada were COs during World War II. “Of this group, 75 percent were Mennonite/Anabaptists, while 25 percent were from a variety of different churches and denominations,” said Loeppky. “We would some day like to have a plaque for these 10,851 COs.”

The only opposition to the Wall of Remembrance was voiced in a letter sent to the City of Winkler by the Royal Canadian Legion. Loeppky met with the chaplain of the Winkler/Morden Legion branch at his invitation. “He was very receptive,” said Loeppky. “There have been some unfortunate experiences. The war itself created some animosity. One veteran, when he returned from the war, came to church dressed in full uniform. The church asked him to leave since he was wearing his uniform, and he has never been back.”

Loeppky hopes that the wall will be part of the teaching to which the Evangelical Anabaptist Fellowship is committed. “There is a great deal of interest among non-Mennonites around the world in the Anabaptist understanding of the New Testament,” he said, noting, though, that there has been a weakening commitment in North American Mennonite churches. “We hope that the wall itself will be a silent teaching tool.” 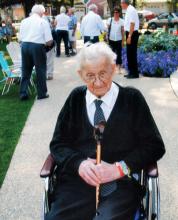 Henry Sawatzky, a former conscientious objector, came from the Altona Hospital to attend the dedication service of the Wall of Remembrance in Winkler, Man.