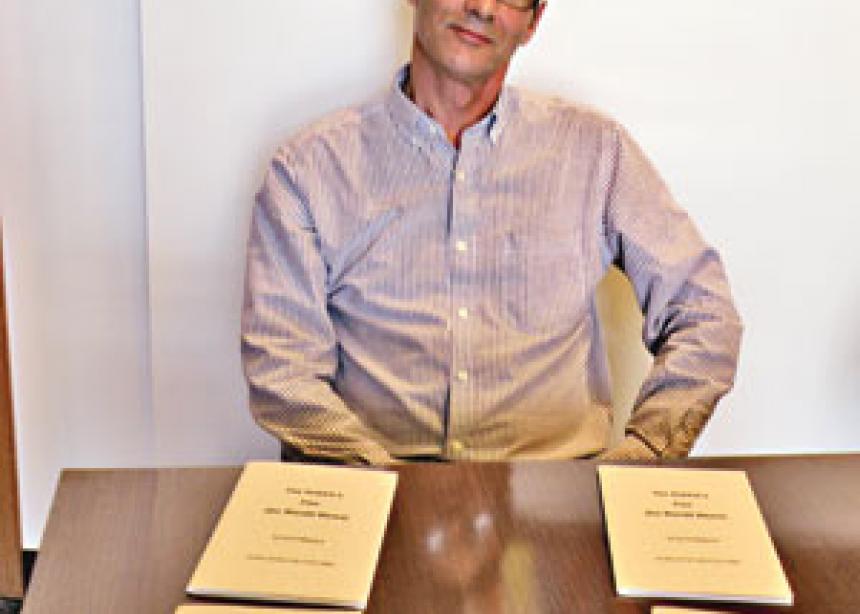 On April 30, a man who spent 22 years behind bars took the stage at First Mennonite Church, Edmonton, to share his story at a banquet honouring M2/W2 (Man 2 Man/Woman to Woman) volunteers. M2/W2 is a program of restorative justice ministries supported by Mennonite Central Committee that matches volunteer visitors with inmates, believing that one-to-one relationships are vital for personal growth and change for everyone.

In 1970, 17-year-old David Milgaard was wrongfully convicted and imprisoned for the murder of nursing student Gail Miller in Saskatoon, Sask. In 1997, forensic evidence confirmed his innocence, and another man, Larry Fisher, was convicted of the crime.

Milgaard’s story is a painful compilation of betrayal, struggle and the dehumanizing effects of incarceration. Although free since 1992, Milgaard’s past lingers powerfully, showing in the lines of strain on his face as he searched for words. He described prison as a horrible ordeal, where “I started asking myself if I could be guilty without knowing it. . . . As a prisoner, you feel like you’re not human.”

Currently, Milgaard is at peace with himself. Recently baptized and “bubbling with a sense of aliveness,” as he put it, he acknowledged that internal scars still affect what he can do. “I try to cope with the feelings I have inside me. I’m usually okay until I try to help other wrongfully convicted people,” he said.

Volunteers who visited Milgaard in prison had a positive impact on his life, helping him move towards emotional health. While incarcerated far away from his family, some special volunteers were a lifeline.

One couple, he said, “became like a second mom and dad to me. They were always regular. . . . As a prisoner, what you get is that you have somebody that is there because they want to be there. They just want to be there to be with you. We don’t get that inside the penitentiary. We don’t get much of anything in there other than keeping your eyes peeled for what’s going to come next. So when you actually have someone who is willing to sit down across from you and offer you a smile and a warm sense of caring for you, you know, when you need that kind of stuff, it’s really nice to have.”

A volunteer encouraged Milgaard to start writing, which he described as a “godsend, because it made me actually feel good inside the penitentiary.”

Of the work of prison volunteers, Milgaard said, “It makes all the difference in the world to have someone who loves you.” 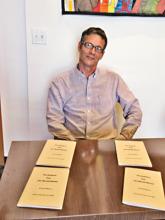