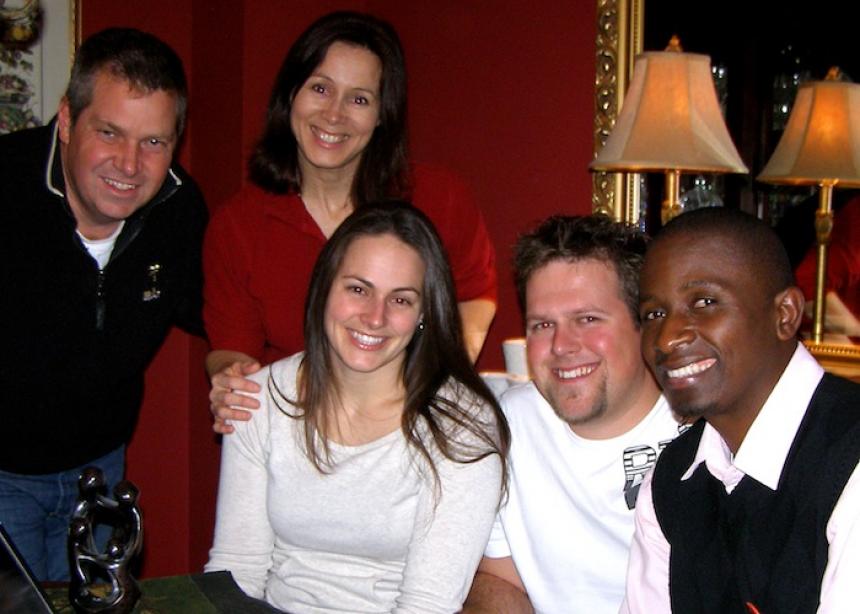 Around the kitchen table in Oakville, a city west of Toronto, the Balls reflected on their experiences as participants in a learning team from their congregation that visited southern Africa. During this trip in 2009, they met Ndzimandze, whom they now count a friend.

The Balls attend The Meeting House, a Brethren in Christ congregation that shares its money, time and personnel with Mennonite Central Committee (MCC) partner organizations in southern Africa. Between 2008 and 2010, four learning teams from The Meeting House have visited the area, seeking to build meaningful connections.

Two more teams will visit this year.  “These visits have bonded our relationship. I now have a new home in Canada,” said Ndzimandze, who serves on the board of Acts of Faith, a MCC partner organization that offers HIV and AIDS education and support services for people living with HIV.  Ndzimandze was one of five representatives from MCC partner organizations in Swaziland, Zimbabwe, Mozambique, South Africa and Zambia who visited Ontario in November 2010.

A highlight for all of the African guests was reconnecting with people they had met when learning teams visited their communities.  Gord Ball recalled connections he made with other people in Swaziland. “This was a learning trip – we wanted to learn about the people, the complexities of the challenges they face and how we can walk alongside and support them,” he said.

Language and cultural differences disappeared, he said, when he visited the Hope House hospice and held hands with a patient who was close to death.  “He could hardly lift his head from the pillow but his face was filled with joy because we had come to visit him,” said Gord. “It was such a privilege to sit with him, hold his hand and pray with him.

The only thing we could offer him was being a conduit of God’s love. This was a very private moment for me – it was an incredibly moving experience that melted my heart.”  The Balls also met Phumzile, 18, who is living with HIV. Phumzile’s mother had died of AIDS, her father won’t pay her school fees because of the stigma of HIV and she has a broken relationship with her stepmother. “She has dreams and ambitions to be a dancer and a policewoman but she has to deal with so many hurdles,” said Lynne Ball.

Meeting these people has inspired the Balls and other team members to promote MCC AIDS Caregiver kits as a tangible way to show caregivers that their work is valued. The kits contain soap, disposable gloves, bandages and other supplies that are critical for the daily care of people living with HIV.  At the end of December the church delivered 1,725 AIDS Caregiver kits to the MCC Ontario warehouse, well above the goal of 1,200 that was set for 2010 and the 995 kits church members collected in 2009.

“The changes in our life spill over into the lives of others,” said Lynne. “It has inspired support for the work of MCC and for AIDS Caregiver kits. We have seen how these kits are being used – they are definitely needed.”  Ndzimandze said one of the highlights of the Ontario visit was learning more about the scope of MCC’s work and how The Meeting House and other churches support MCC.

Through a five-year funding partnership with MCC, The Meeting House will have contributed $2.52 million for MCC-funded projects by the end of 2012.  The Meeting House has a network of 11 regional sites and 148 house churches in Ontario. 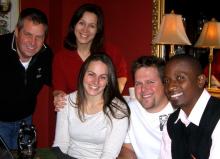