Volunteers are making a difference after flooding in Alberta 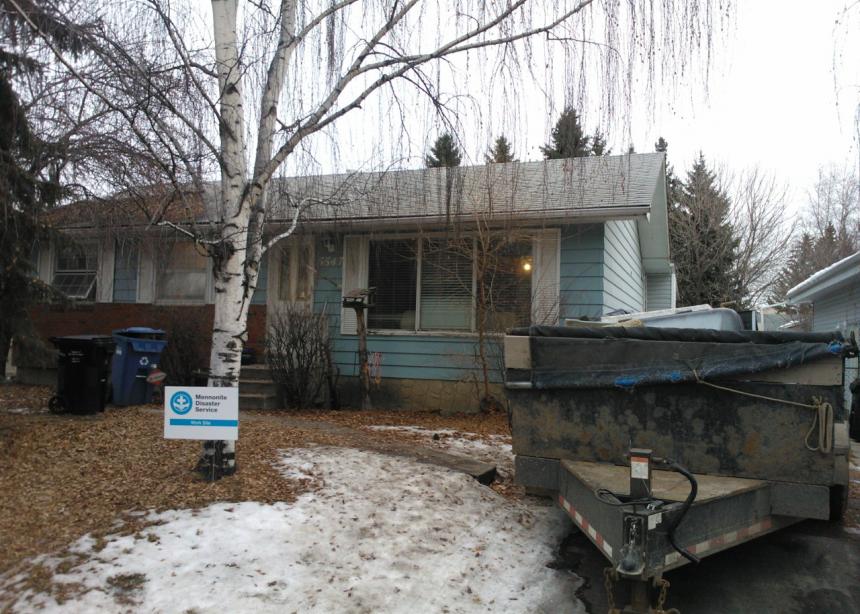 High River, Alta. (pop. 13,000) gets its name from the Highwood River, which flows through the town.

In the days leading up to June 20, 2013, Alberta experienced heavy rainfall that triggered catastrophic flooding described by the provincial government as the worst in Alberta's history. Over 100,000 people were displaced throughout the region. The damage was estimated to cost $6 billion, the most expensive natural disaster in Canadian history. All residents of High River were evacuated, and 150 people were rescued from rooftops.

Within days of the flood, Mennonite Disaster Service (MDS) was involved in clean-up and investigation in several small towns throughout southern Alberta. Now in the rebuilding phase, MDS has chosen to focus its efforts on High River. MDS is working with Renew, a local committee of several organizations who collaborate to bring long-term recovery to the town. To date, 392 volunteers have served with MDS in High River, working on 58 different jobs.

Clean-up and gutting of houses happened primarily in July and into August, and rebuilding began in December. Currently hundreds of families remain out of their homes, and many more are living in limited portions of their home.

MDS volunteers are being hosted and fed extremely well at Saddlebrook, the newly constructed evacuee camp just outside the town. The costs of the MDS volunteers’ housing and food is being covered by the Alberta government, allowing donations and grants MDS has received to be dedicated to the rebuilding work on homes in the community.

“Work continues at Mr. Daniel and Mrs. Krystal’s house. Volunteers carried out extensive framing work and helped the owner with electrical and plumbing renovations. Most of the drywall hanging is completed and ready for finishing. Work at Mrs. Kat and Mr. Max’s house started with removing plaster from main floor walls that were flooded to 30 inches into the main floor level. A highlight of the past week was having Mrs. Kat and Mr. Max share with the volunteers about their experience going through the flood and recovering from it.”

It is an MDS tradition to invite MDS clients to join the volunteers for supper once per week and share their story of their disaster experience. Volunteers often cite that sharing time as a highlight of the week. It is a way to hear the human impact of what happens in a disaster situation.

The weekly report continues, “Framing in Mrs. Anne’s basement is completed, and drywall hanging is underway. We also started work at Mrs. Karen’s house, which will consist of substantial repairs and work to a complete a job that was done by a “contractor” who obviously knew very little about construction work. This person did more harm than good to a basement after the flooding and made a very difficult situation for a homeowner even more challenging. Hopefully MDS can restore confidence in this homeowner that people are looking out for more than their own interests during a time of need.

“MDS High River continues to be blessed with great short-term volunteers to carry out the work. The schedule includes a combination of weekly volunteers who might come from a distance and also some daily volunteers who come from the local community. We appreciate everyone who commits time to help the people of High River.”

For the Mennonite Disaster Service 2013 year-in-review of projects across North America, see the video, "Bearing Fruit and Building Hope."

See more on the High River flood and clean-up: 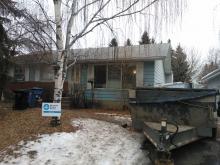 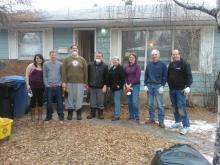 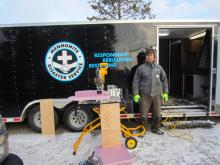 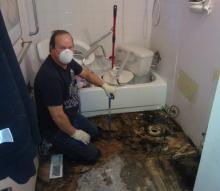 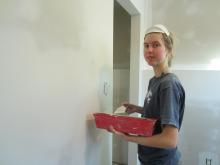 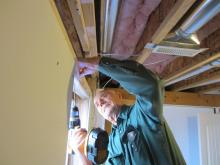 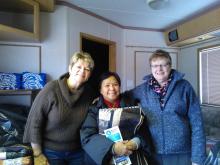 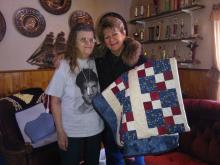 Excellent report ... The work of MDS is amazing. Always great crew leaders, if you have time go and spend a week ... Guaranteed to want to go back for more.