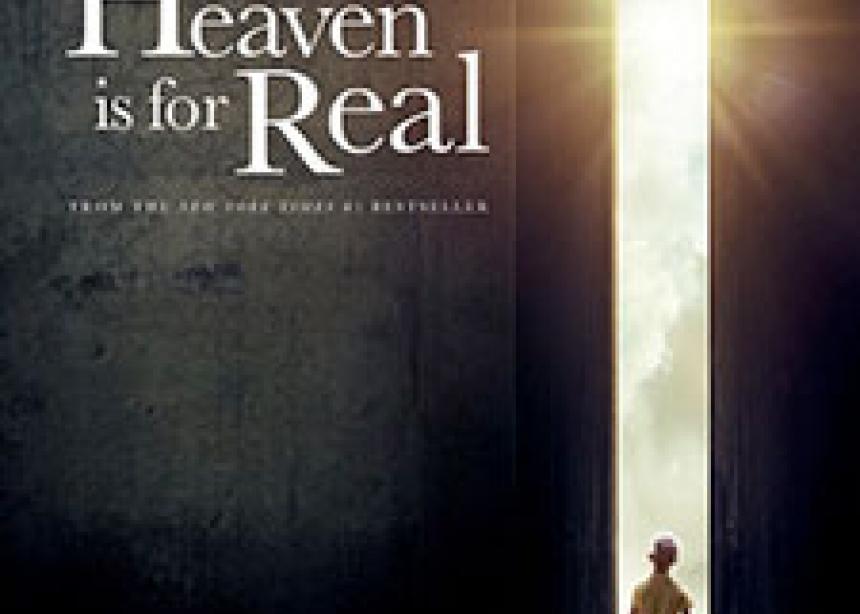 In 2010 Todd Burpo, a Wesleyan pastor from Nebraska, told the “astounding story” of his four-year-old son Colton’s “trip to heaven and back.” Heaven is for Real (Thomas Nelson Publishers) tells the story of the tribulations of the Burpo family: too little pay, Todd’s kidney stone emergencies, a business that was barely making ends meet, and finally Colton’s ruptured appendix, following which he started to tell stories of what could only be described as a near-death experience. Two years later, a million copies had been sold.

The story has now been made into a feature-length film by TriStar Pictures that opened just in time for Easter. It has moved from a simple telling of Colton’s experiences to a reflection on how such experiences are responded to by others. A “non-religious” psychologist explains that during such experiences Christians meet Jesus, Jews meet Moses, and Muslims meet Mohammed.

Colton’s mother (Kelly Reilly) is sceptical of her son’s experiences at first, retorting to her husband that Colton (newcomer Connor Corum) is only repeating all the things he had been taught from childhood.

A member of the church council doesn’t want her church to become a place where people have to choose between faith and reason, where they stop thinking and believe in miracles. She reacts to her past, where heaven and hell had been used to keep people in line.

Todd (Emmy Award-winning actor Greg Kinnear) himself goes through a significant test of faith, researching near-death experiences, wondering about heaven and hell and other aspects of faith.

A media circus develops both in the small Nebraska town and in the United States at large, as both believers and detractors want to get in on the story.

One by one, excepting perhaps the psychologist, people come to believe Colton’s story. His mother is convinced by Colton’s experience of his sister in heaven, who had died in utero and about whom he had never been told. His father is comforted that Colton met “Pop,” Todd’s grandfather, in heaven; Todd had never been sure of his grandfather’s faith and suitableness for heaven. The council member is convinced as Todd comforts her about her own son’s military death, asking, “Does God love my son more than yours?”

Although Heaven is for Real is being promoted by many evangelical organizations, the movie is not a simplistic “this happened, now you have to believe in Jesus” piece. The psychologist’s words are not challenged or refuted, and the audience is left with the idea that if Todd was an imam perhaps Colton would have met Mohammed, instead of Jesus.

The different responses and reactions of people in the film, as well as the very human behaviour of the whole Burpo family, keep this movie rooted in reality. And the fact that several people whose faith is in question are thought of as being in heaven opens a “God is love” kind of universalism potentiality.

With a significant budget behind it, professional actors on the screen, humour and great cinematography (the film was partially shot in Warren, Man.), Heaven is for Real makes a good piece of entertainment and a thoughtful meditation that could lead to good discussion about the nature of faith and reason, experience and revelation.