From tragedy to triumph

April 25, 2012 | God at work in Us | Number 9
By Karin Fehderau | Saskatchewan Correspondent
Saskatoon 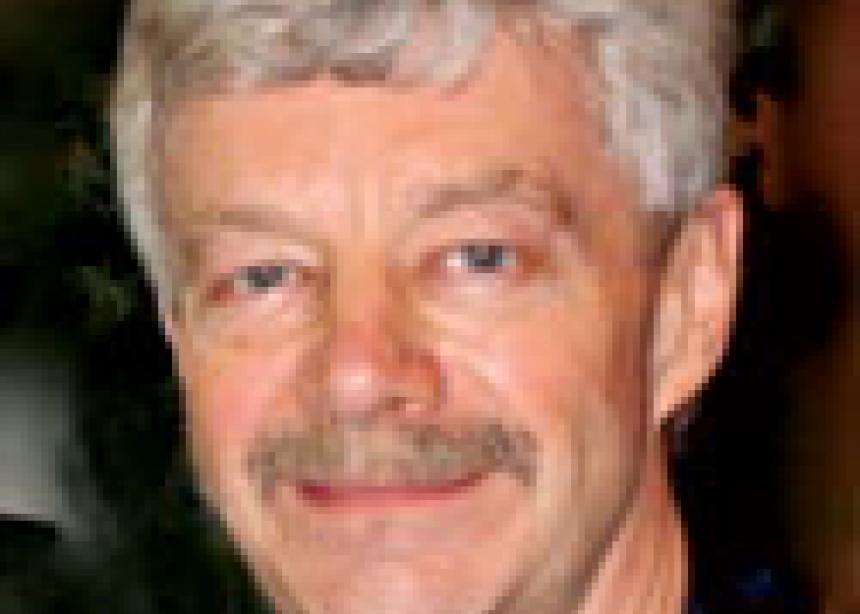 More than a year after being diagnosed with lung cancer, Howard Willems is in the mood to fight. He’s not fighting the disease as much as the cause of his cancer, an illness that he believes could have been prevented.

In the course of a 30-year career as a Canadian Food Inspections worker with the federal government, the member of Nutana Park Mennonite Church, Saskatoon, came in contact with asbestos spores while inspecting food processing plants or supervising their repairs. And that exposure led to contracting mesothelioma, a lung cancer caused by inhaling asbestos fibres.

Having lost one lung already, the 59-year-old is using his acquired knowledge of the disease and its causes to help others avoid the same fate. “It has been a learning, healing journey,” he says, admitting that he has struggled with a sense of frustration. “It would have been simple to prevent with a face mask or respirator. Had I been informed, I would have avoided it.”

All of that is little consolation now. But Willems is turning the tragedy into a triumph. As a leader of the Saskatchewan Asbestos Disease Awareness Organization (www.sadao.ca), he is lobbying for a provincial registry for buildings containing asbestos. As well, he wants those same buildings to be clearly labelled for people, who, in the course of their duties, might easily come in contact with asbestos fibres, people like contractors, boiler operators and even first responders like firefighters and emergency medical technicians.

“You should know, according to the Health and Safety Act, what hazards there are in the workplace,” he says. “We’re taking the existing regulations and pushing it one step further.” Willems and his organization are not alone; the Canadian Cancer Society also wants a registry established.

The politics of asbestos production

Willems suspects that politics is playing a role in the attempted re-opening of an asbestos mine in Quebec at a time when the European Union has banned asbestos.

Willems believes Canada has been dragging its heels on the matter by claiming, along with the asbestos industry, that the product is safe when used properly.

“Canada didn’t sign on to the Rotterdam Accord [in 2011],” he notes. The United Nations accord has created a global hazardous-chemicals blacklist that Willems would like to see include asbestos. If asbestos was on the list, it would mean that all products containing asbestos would be marked with a warning label that the product is hazardous to a person’s health, he explains.

A very telling statistic is the number of asbestos-related deaths in Quebec, which, Willems says, has the highest rate in Canada. Other areas, like Sarnia and Windsor, Ont., have high rates in part because of the amount of asbestos products used there.

Willems doesn’t just want the federal and provincial governments to care. He also wants the broader church community, including Mennonites, to bring their presence to bear on the issue.

“The faith community can have a huge impact on the government,” he says, noting that governments aren’t motivated to change until there is public pressure. But churches don’t usually come to the table with political agendas.

There is another reason that Mennonites should care, he says. And that reason lies closer to home. Many worship in older buildings that may have asbestos in them. The future health of members could be compromised because many Mennonite churches are older, Willems says.

In his own quiet way, Willems is walking the path seemingly set out for him. And he is doing it with the same patience and endurance that he has brought to bear in finding God through this faith-strengthening journey of endurance.

Willem’s efforts to have a registry established were profiled on CBC’s The National newscast back in February. To view, visit www.cbc.ca/video/watch/Shows/ID=2203668746.

Regarding asbestos exposure, it was written that Howard Willems had been in contact with "asbestos spores". This is actually a misnomer as asbestos hazards are the exposure to microscopic fibers versus biological agents such as spores. Many provinces regulate that owners of buildings with asbestos containing materials must conduct an inventory of the asbestos materials and its condition, maintain a records, and post signage that alerts all employees, contractors and others who enter the building of the potential risks. Health and safety regulations stipulate that anyone working with asbestos must be trained in terms of the hazards and personal protection before working with asbestos materials.