September 9, 2010 | Web First
By Carol Sanders | Republished with permission from the Aug. 28, 2010, edition of the Winnipeg Free Press.
Winnipeg 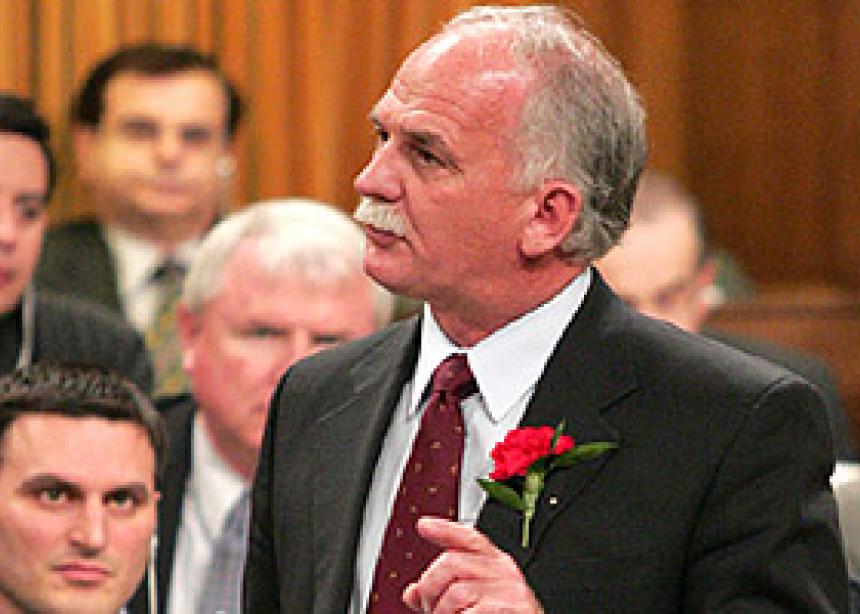 One of Canada’s leading church groups calls it “puzzling,” “unfortunate” and “disheartening,” that the pubic safety minister is stirring up fears the recent Tamil arrivals to Canadamay be linked to crime and terrorism.

“If fear and alarm is the only message coming from government, that is unfortunate given our experience does not support alarm and fear,” said Ed Wiebe, the refugee assistance co-ordinator of Mennonite Central Committee Canada.  “Let’s mitigate those fears,” Wiebe said. “History has shown it has not upset the Canadian fabric and we have a refugee system that has handled those cases... quite well.”

The fear and alarm he’s referring to have been the message of Public Safety Minister Vic Toews.

Last week, the Manitoba MP who was raised Mennonite warned Canadians the Tamil ship was a “test boat” — the first of many to come run by criminals smuggling humans to fund their agenda.  “It’s puzzling,” said Wiebe, who noted Canada has a refugee program and rules, and the 490 Tamils are following them.  “It is not a crime to seek asylum and no one is ineligible until their refugee claim has been assessed and denied,” Wiebe said in an MCC online publication.

Whether they get here by boat, plane or foot makes no difference under Canadian and international refugee laws.  The people on the Sun Sea who languished in “the bottom of a boat” for four months deserve a fair hearing, not fear-mongering, Wiebe told the Free Press. “We’ll not admit them on just the basis of a fair hearing — you have to be admissible and to not have a criminal past.”  “It’s a double-hurdle just to get into Canada as a refugee.”

The system is not one a smuggler nor a terrorist would choose, he said. Transporting people in the holds of ships for four months at sea isn’t discrete or efficient. “They’re going to find other ways to get into Canada.”

He said the Tamils, Sikhs, and Eastern Europeans who landed in ships on Canada’s shores earlier “raised a furor” but turned out not to be terrorists or queue-jumpers.  “The ‘bottom of boat test’ meets a lot of criteria,” Wiebe said. “The strength, determination and desperation that we see played out deserves some form of welcome,” he said.

“It’s sort of disheartening to see (Immigration Minister Jason Kenney) very silent on this issue and allowing the discourse to flow freely from others,” said Wiebe who did not mention Kenney or Toews by name.  “(Kenney) has championed multicultural­ism and refugee rights through his new refugee bill.” It focused on speeding up the process for genuine refugees and removing those ineligible more quickly.

The bill got all-party support and was seen as a victory for the government but now Kenney is silent on the issue of the Tamils seeking refugee status, said Wiebe. “I’m not sure why.”  “It is unusual for refugees to make claims in Canada,” Wiebe said. Most refugees arrive after being processed by embassies abroad. Canadians don’t see the lineups, delays and what happens to those who’ve been rejected. “The ‘nice’ refugees wait overseas for a visa officer in the Canadian embassy to say yes or no,” Wiebe said. “It’s more clinical and anti­septic that way... It looks so nice.”

The refugees “at the bottom of the boat” who get to Canada and claim refugee status, however, will have to face the scrutiny of a refu­gee board. The 490 Tamils who arrived this month account for three per cent of the 15,000 asylum-seekers Canada sees each year.