A tale of two voyages 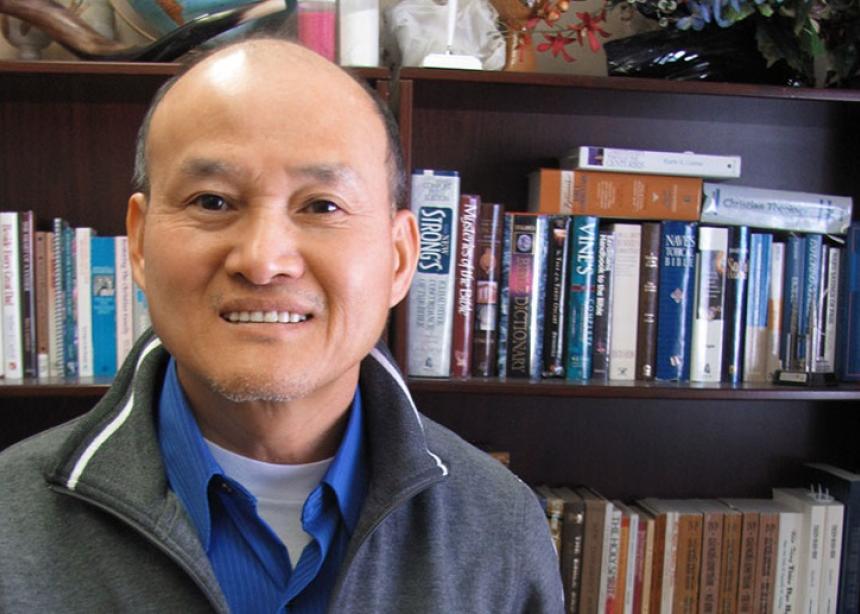 Several years ago, Chau Dang, pastor of Calgary Vietnamese Mennonite Church, enthusiastically recounted for me the Caribbean cruise from which he had just returned. Coming from all over North America, at least 150 Vietnamese friends, 35 from his extended family, had been reunited to celebrate a week of cruising balmy waters.

I noticed a picture on the wall and pointed to it, and he knew what I was thinking. “That was a different cruise,” he said. “I can hardly believe how richly God has blessed us!” The picture shows an overcrowded three-storey, 15-metre boat packed with 556 people. “It was this boat that was our escape from Vietnam over 30 years ago.”

Two voyages, each with their own challenges!

In the first voyage, 19-year-old Dang was jammed onto the lower deck. Tiny portholes on the sides, and a few small circular ducts going straight up to the open third deck were the only means of air circulation. Oxygen was at a premium. The trip was his desperate attempt to escape from a country ravaged by war and injustice.

The 10-storey cruise ship, on the other hand, represented the freedom and prosperity he had found in Canada. Relaxing on the ship, he enjoyed the open decks, the generous amount of space, private bedrooms, luxurious dining rooms, swimming pools and recreation rooms, as well as the freedom to explore and take in the amenities. The only question for the passengers was how to choose from so many options.

For three days and nights on the sea to Thailand, most of the refugees were unable to eat. The few crusts of food they had were left in their bags. There was too much trauma.

On the cruise ship the tables were laden with all-you-can eat luxury dishes. The challenge for them was the temptation of over-consumption, and how to live responsibly in an atmosphere of abundance.

Tossing about on an angry sea in a boat that seemed like little more than a small dingy, the distraught people who were leaving their homeland felt very insecure. They had heard that refugee boats were frequently targeted by pirates who would plunder the last of any remaining possessions, especially jewelry. Two pirate boats did come very close, but for some reason they were spared a direct confrontation.

Gliding over the waves of the blue Caribbean in the luxury cruise ship, everything was calm and serene. They enjoyed each other’s company on the wide, open decks with no fear of calamity.

Dang recounts how on the first voyage he and his sister, separated from family, had no idea where they were going. It was only “somewhere in the world.”

With the cruise ship, the destination was clear, an anticipated voyage in the Caribbean with extended family and friends in quiet waters. And they knew they could anticipate returning safely to the homes that they had been blessed with for more than 30 years.

On the first voyage, the travellers couldn’t even begin to think of the wonderful creation that unfolded in front of them as their tiny boat parted the waters. Until they were rescued by a large Thai commercial liner, the refugees, piled onto that underground deck for three days and nights, felt like Jonah inside the large fish.

For Dang, it was a Psalm 22 experience, and he cried out, “My God, my God, why have you forsaken me?”

Psalm 23 would be a more fitting description of Dang’s experience on the cruise ship: “The Lord is my shepherd, I have everything I need.” From their vantage point high about the water, Chau and his family saw magnificent sunsets and felt the warmth of the gentle breeze.

Although severely challenged with language, education and job-search issues following his arrival in Canada, God led Dang through the adjustments to a new country and to a renewed faith. After an early career as an electrician, Dang returned to school and entered the pastorate, first in an Edmonton church plant and, for the past 12 years, as lead pastor of Calgary Vietnamese Mennonite Church.

Dang sums up his journey well: “As I look back, the challenges seemed big at the time, but God always had a way to meet me. All along there was a plan for my life. All I needed to do was respond.” 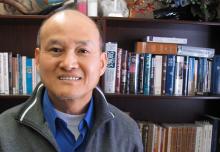