In Mozambique, the success of sand dam technology, introduced by MCC, is catching the interest of government officials and encouraging its use across the country. The dams maintain a local water source throughout the year. 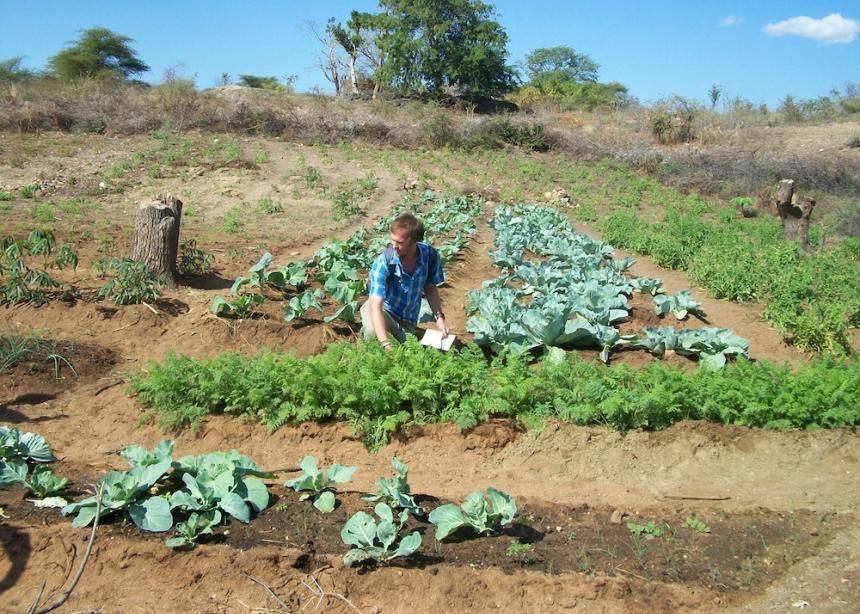 In Mozambique, the use of sand dam technology, introduced by Mennonite Central Committee (MCC), is spreading across the country, increasing people’s access to water and catching the interest of government officials.

Sand dams help maintain a local water source in hot, dry regions, even during the dry season, which can last from March to November. Without local water, many people have to walk long distances and dig into streambeds to fetch water for their families and livestock.

Since 2007, MCC has been working with a national church organization, the Christian Council of Mozambique (CCM), to help villages build sand dams. Although the dams were initially met with skepticism by some people, these innovative projects are beginning to receive widespread attention.

“Since I’ve been here our projects have been on national television and radio,” said Jon Viducich, an MCC water engineer from Hillsboro, Ore., who has worked with sand dams in Mozambique for about a year. “There’s a lot of openness to this now and a lot of excitement.”

At first, however, sand dams can seem like a strange concept. They are concrete dams built partly underground across seasonal streams. During the rainy season, the river deposits tons of sand at the dam, and the sand acts like a giant sponge, holding water throughout the year and preventing it from evaporating.

People were generally familiar with open water dams, where water is held above ground, but they did not know that sand dams could succeed where an open water dam would simply fill up with mud.

As the projects progressed, however, the official saw the benefits firsthand. The sand dams stored water a few feet underground, and local people could irrigate nearby vegetable gardens and collect the water from shallow wells.

“There’s been a huge change in him, and he personally is wanting us to build as many sand dams as possible,” Viducich said.

As the dams mature over the next three to seven years, people should see even more benefits, said Steven Hochstetler Shirk, a former MCC representative in Mozambique and member of East Goshen Mennonite Church, Goshen, Ind. As the water permeates the dry soil, it creates a shallow aquifer, storing up more water for irrigation and household use. That makes it possible to dig or drill a shallow, covered well for a safe and clean water supply.

MCC has helped to build 30 sand dams in the Tete and Manica provinces of western Mozambique, including several that are under construction. MCC adapted a design used in Kenya, where MCC has helped organizations build scores of sand dams since the 1990s. MCC obtains funding for some of these projects from the Canadian Foodgrains Bank.

CCM recently formed a team to coordinate water and food securityprojects throughout the country, and an MCC sustainable agriculture consultant, Joel Bishop Kempf, of Englewood, Col., is working in Maputo, Mozambique, as part of the team. Kempf’s home church is Salem Mennonite, Shickley, Neb.

Part of CCM’s new water and food security focus is an approachcalled “Farming God’s Way,” which was developed in neighboring Zimbabwe. Farming God’s Way involves agricultural techniques that conserve water and soil, such as laying down mulch to retain moisture and improve water absorption and planting in the same holes year after year, rather than tilling the whole field, which destroys beneficial soil structure and greatly increases soil erosion.

These techniques are particularly needed to improve production of staple crops such as corn, millet and sorghum in the drought-prone areas where CCM is building sand dams.

Soon, perhaps, even more people will be designing and constructing sand dams in Mozambique.

Viducich said he met with the governor of the province of Tete for the second time in August. “He’s really interested in CCM developing a capacity building program for government public works officials so they can build sand dams.”

Tim Shenk is a freelance writer in New York City. 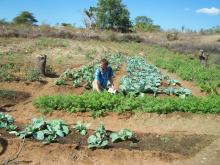