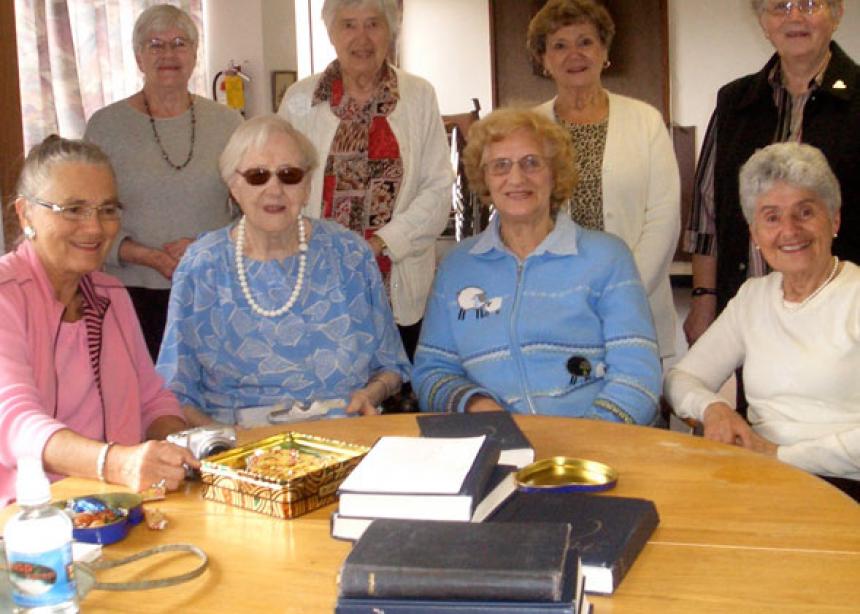 Eliesabeth Klassen says she’s three. “Forget the other hundred years,” she says with a laugh, using a magnifying glass to scan familiar faces in old directories from Vancouver’s First United Mennonite Church, a congregation she attended from its humble beginnings in 1937.

Klassen is the only surviving charter member, and one of just two woman invited to its first “brotherhood” meeting that established a place of worship for Mennonite immigrants who settled in the city’s Fraser Street area.

Born March 3, 1909, Klassen was the second-youngest in a family of 10 children. Her family relocated from what is now known as Ukraine to Canada when she was 14, her parents hoping to establish a farm on the Prairies, first in Herbert, Sask., then Winnipeg.

Ultimately, the Klassens settled in British Columbia’s Fraser Valley, like many other Mennonite families during the 1930s. Her father had died in the meantime, leaving Klassen to support her mother. She moved to Vancouver at 37, taking housecleaning jobs to earn a living.

Meanwhile, a number of other women found themselves in similar situations. The Mennonite conference established a girls’ home in the Fraser Street community to serve the spiritual needs of the growing Mennonite population, according to John Sawatsky, Klassen’s nephew.

It wasn’t long before the conference sent Jacob Janzen, a pastor from Waterloo, Ont., to start a church for those in the area. A small church building was purchased in 1937, and Reverend Jacob Wiens took over as pastor of the group after the official founding meeting on Dec. 27, which Klassen and her mother attended. Over the years, Klassen says she sang in the choir, sewed blankets and catered special events with the women’s verein (association).

However, it’s the time she faithfully spent teaching Sunday school that has perhaps had the most lasting imprint. Klassen’s memory occasionally evades her when it comes to specific dates, “excusable” she ventures, considering the number of dates she has experienced first-hand over the past century. Yet she can rattle off the names of the girls she taught on Sunday mornings in the 1940s as if it were yesterday. And they remember her. Just a few weeks ago these “girls”—now in their 70s—came to visit their teacher and sing for her.

It’s a testament to the importance of Sunday school, says Klassen’s niece, Frieda Sawatzky. Not only did these girls gain lifelong friends in each other, but a grounding in the word of God as well. Sawatzky says her aunt has kept up with her students’ lives over the years, gleaning information through letters and visits with mutual friends.

From a congregation of six German-speaking families to the multi-ethnic community it is now, Klassen was a fixture at First’s Sunday morning services for just over 60 years, her presence in the fourth pew ever-constant amidst the changing demographics that are inevitable in big-city churches.

Now unable to attend the Sunday morning services, Klassen depends on memories to remind her of the church family she was a part of for so long: a card for her centennial birthday that hangs above her bed, familiar hymns and visits from fellow church members.

Nevertheless, Klassen lives in the present. She has become somewhat of a legend among caregivers and fellow residents at Blenheim Lodge, where she has lived for the past five years, still mobile, quick-witted and in possession of a sunny outlook on life. 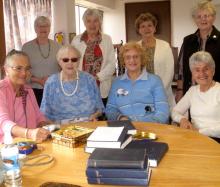