Suffering under the Soviets 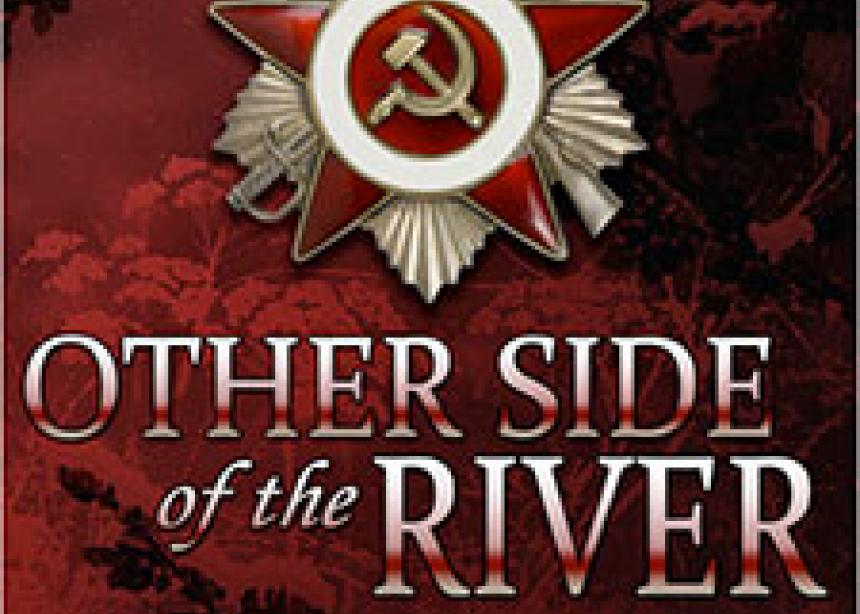 Village houses face the main street with barns attached behind and fields beyond that. Young people gather for “singings.” A bone setter relieves headaches by carefully manipulating the neck. These are all aspects of Mennonite life in Russia as presented by Janice L. Dick in her new novel, Other Side of the River.

They resonate with me because I remember them from stories told by my Mennonite ancestors.

Other Side of the River begins in 1926 and centres on Mennonites of the Siberian village of Alexandrovka. Sadly, their orderly, provident, faith-based lives are disturbed, frustrated, and, in some cases, crushed by officials of the ruling Communist regime.

The government demands more and more of the villagers’ wheat and other farm products. It tries to prevent them from speaking German, the language of their hearts. Schools aren’t allowed to give religious instruction and parents are warned about teaching the Bible at home. Mounted members of the Soviet secret police run women down in the street, and rape them or threaten to. People who openly oppose the regime are imprisoned, exiled to work camps in the far north or simply shot.

Caught in the turmoil are young Luise Letkemann and Daniel Martens. They’re in love. They hope to marry and live peaceful, fruitful lives among their people. They do manage to marry, but then political, social and personal crises force them to grapple with physical suffering, bereavement, uncertainty, a long separation and divided loyalty. Through it all, the couple cling to their faith in God, although it sometimes shrinks to almost zero.

An aunt of Luise’s, Tante Manya, is a spiritual mentor for the young woman. At one point, Tante Manya says, “Do not hide from sorrow, my child. When it comes—and it will—embrace it and believe the rainbow will come after. That is the promise of our Lord, and he never fails.”

“Only in our limited understanding,” the aunt replies. “We see our path in the light we have; he sees the whole road right to the end.”

For Luise and other Alexandrovka Mennonites, that road includes moving far east in an attempt to escape the attention of the authorities. However, Communist officials pursue and persecute them there too. It seems the beleaguered Mennonites will never escape. Or will they?

A number of other novels feature the experiences of Mennonites in Russia, including My Harp is Turned to Mourning by Al Reimer, The Blue Mountains of China by Rudy Wiebe, and The Russländer by Sandra Birdsell. Dick’s Other Side of the River stacks up well in comparison with these. In some ways, it’s The Russländer with more action, suspense and Christian impact.

The first chapter of Other Side of the River can be read online at bit.ly/1rWD7LE.