‘Stores are closed. There is shooting’ 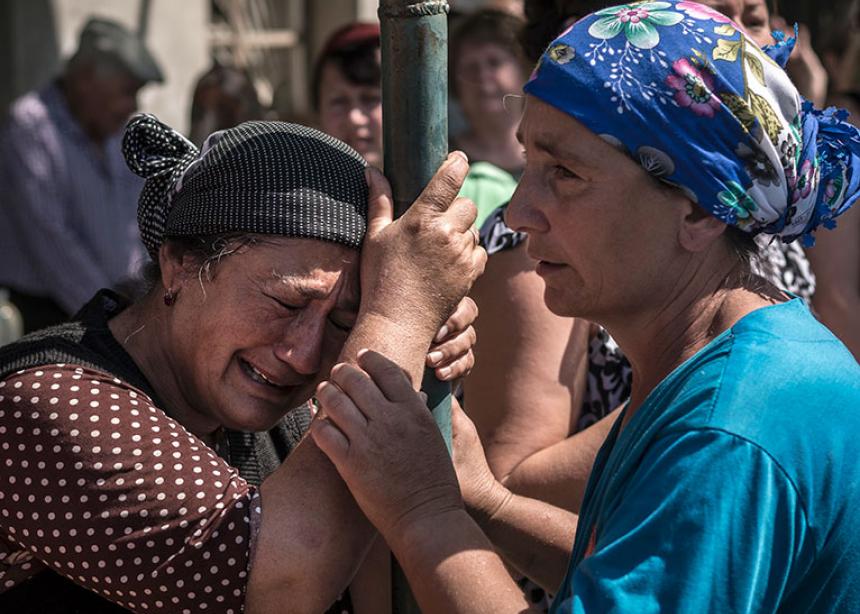 “Every person has to decide how to respond,” says Vadym Proshak, a pastor of the Baptist Union in Zaporizhzhya. “As a church, we decided that we needed to be one of those forces who help and engage in the situation of internally displaced people.”

MCC supports the church’s services for vulnerable and displaced people through cash assistance and shipments of blankets, kits and canned meat. Additional support from MCC will enable the church to expand services.

When the first displaced families from up to a few hundred kilometres away arrived in Zaporizhzhya, the Baptist Union opened a City Aid Centre.  It provides serv-ices that meet immediate needs, ease the trauma of displacement and help people establish stable living conditions.

“People showed up in the door of our churches asking for food and clothes,” says Proshak. “We wanted to do something.”

Seven months into the conflict, about 200 people a day are using the services at the centre. With additional funding, the church plans to open five more centres in the region, and expand medical and legal services.

“The main needs are food and medication,” says Dima Matyukhin, who works in the centre.

The centre also has mobile teams who risk getting caught in the crossfire as they deliver food parcels and other humanitarian assistance to people in villages who do not have the financial resources to flee the violence and destruction. They are mainly families living in poverty, the elderly, people with disabilities and families with many children.

Among the 40,000 people who have fled their homes to seek safety in Zaporizhzhya are Larisa Semenova and her husband Igor. They fled from Donetsk, about 200 kilometres away, where they lived near the airport and were surrounded by intense fighting. The couple now volunteer at the City Aid Centre and for other church ministries.

“Helping others helps us to go on,” says Larisa. “It distracts us from our problems. When people come to City Aid, we tell them our life story. It is easy for us to understand them because we have similar experiences.” 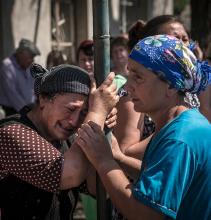