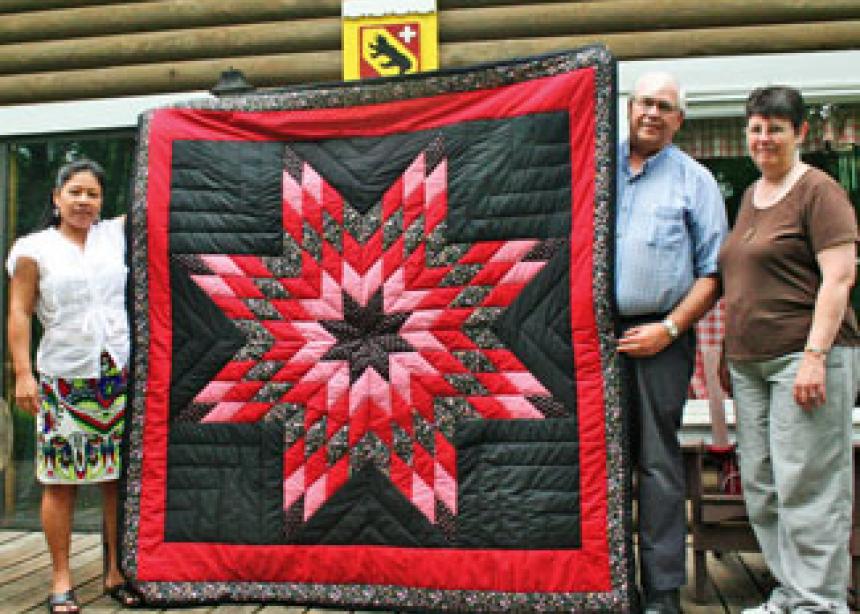 A year after members of Hollow Water First Nation in central Manitoba travelled to Paraguay for the Mennonite World Conference (MWC) assembly and a subsequent tour of indigenous colonies, two Latin American indigenous representatives came north for a similar visit.

Alina Itucama, from the Wounaan tribe just outside of Panama City, Panama, and Brigido Loewen, from the Lengua (Enhlet) tribe of Pesempoo in the Paraguayan Chaco, toured central and northern Manitoba aboriginal communities from July 12 to 16.

The two different groups learned that they have a great deal in common, although they may have different ways of connecting to the earth and to the creator.

What stood out for Itucama was that both people groups struggle when it comes to land rights. “Here, there is a struggle with land rights,” she noted. “Where I’m from, it’s tough to get the land title because the government wants to take it away.”

Loewen, like many First Nations people in Canada, struggled with alcohol abuse. He is now sober and spends his time teaching elementary school and recording Christian music in his community.

According to Norman Meade, who works with Mennonite Central Committee Manitoba’s Aboriginal Neighbours program and is actively involved with the Manigotagan Community Chapel just outside of Hollow Water First Nation, aboriginals from North and Latin America “have a physical connection because of the land, but now we also have a spiritual connection because we have learned about one another.”

Loewen and Itucama were presented with star blankets at their second stop in Manigotagan. Their star blankets symbolize a burgeoning relationship between the two people groups. To the Ojibways at Hollow Water, star blankets are gifts of the highest honour, given only very rarely. 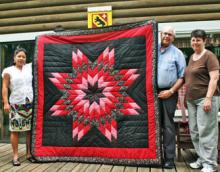