The week in Witness around the globe 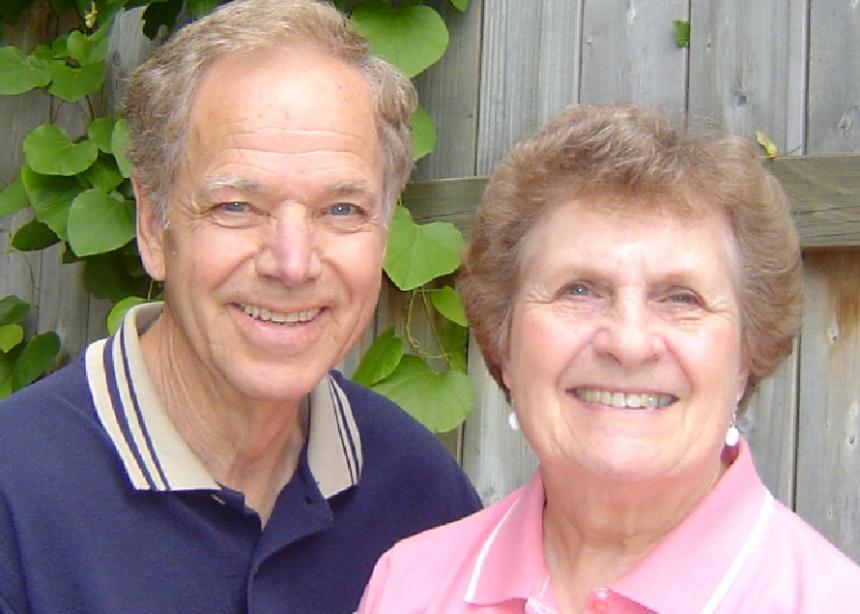 <p>Palmer Becker will teach a course on Pastoral Care and Counselling at Bethlehem Bible College; his wife, Ardys, joins him later as librarian.</p>

Though Jae Young Lee doesn’t think the recent North Korean shelling of South Korea’s Yeonpyeong Island will lead to full-scale war, as Peace Program Coordinator for the Korea Anabaptist Center (KAC) he is alarmed by what is happening in both North and South Korea.

“I think it is seriously time for all of us—Koreans and others [in the international community]—to realize we need to create a concrete and peaceful resolution to our deadlock situation,” Lee said.

The Korean peninsula is a land sharply divided. Though an armistice signed in 1953 ended the military battles of the three-year Korean War, it essentially produced a 57-year stand-off between North and South Korea that continues to this day. Periodically this uneasy cease-fire erupts in violence. On November 23, North and South Korea traded salvos over Yeonpyeong Island in the disputed West Sea/Yellow Sea, in the first artillery exchange on the territory of the Korean Peninsula since the end of the Korean War. It was a clash that displaced 1,000 people, left at least four dead and many wounded.

“People seem more afraid than before, in response to previous incidents,” Spicher said. One of her students, a recently-married young woman, immediately texted her husband upon learning of the shelling, telling him she wanted to leave Korea.

“There are many different opinions in this country about peace-building efforts,” Spicher said, “But right now the media are raising a voice for retaliation and the need for increased defense. So thoughts of peace-making are far from most people’s minds.”

Due to this legacy of conflict, it is appropriate that South Korea is to be home to the newly formed NARPI, an outreach project of Korea Anabaptist Center, a partner of Mennonite Church Canada/Mennonite Mission Network. Mennonite Central Committee also provides significant support for NARPI.

With NARPI’s creation, local peace leaders hope to encourage regional collaborative efforts that will highlight the way of non-violence. Northeast Asia is an area of the world long-fraught with deep cultural and political divisions. And while other peace-making organizations do exist in China, Japan, Mongolia, South Korea, Taiwan, and Far East Russia, inter-agency communication is limited, which hinders cohesive efforts at peace-building.

In 2009 NARPI organizers developed a network of about 200 organizations and individuals in Northeast Asia who are interested in collaborating on cooperative peace efforts. In 2010 a NARPI steering committee from the sixcountries worked to organize their first summer training programs. Meetings in Seoul and on the Peace Boat (on its voyage from Yokohama to Hong Kong), resulted in plans for the first summer peace building program, which is to be held in August, 2011. Also in 2010, Mennonite Mission Network helped NARPI obtain a grant from the Schowalter Foundation, a Mennonite philanthropic organization, which will be used for workshops, material development and administration.

Tim Froese, former KAC Director and current Executive Director of Mennonite Church Canada Witness International Ministries, says “the conflict on the Korean peninsula is very real and its impact extends to the entire Northeast Asian region and beyond, including the United States.”

“Sadly, decades of military build-up, posturing and exercises by all parties have not resolved historical or current issues, nor have they brought what is most desired to the peninsula, peace. Through the diverse ministries affiliated with KAC and its dedicated staff, North American Mennonites have been able to effectively partner together in our common passion for peace. The long term goal remains to engage South Korea’s significant Christian population and envision a transforming path to reconciliation and peace.”

Hamilton, ONT.—Sometimes Mennonite Church Canada international workers benefit from the broad network of relationships that have been knit between us and our local communties. I learned this first-hand during a recent health crisis.

On July 11, 2010 in Dazhou, I suddenly lost part of the hearing in my left ear. Three days later, I was almost completely deaf in that ear so I sought a specialist in Chongqing, a large city three hours away. My wife Julie and I had taught there from 2004 to 2009.

I had never heard of this treatment, but I learned that it meant sitting with other patients in a chamber pressurized like an airplane cabin and inhaling oxygen through a mask for 70 minutes. On my third day of therapy, one of the nurses addressed me in English. I quickly learned that her name was Xiaomin Yan. She had studied nursing at Bluffton University as a China Educational Exchange (CEE) scholar in 1987-88.

CEE, now called Mennonite Partners in China (MPC), is the organization through which Julie and I teach as Mennonite Church Canada Workers. Thanks to the China-North America Mennonite network, my nurse was an extended family member. Now we had lots to talk about.

The following week Julie and I met Xiaomin for dinner. She told us about her experience as a CEE/MPC scholar and her life in China today.

“People there are very kind and nice. I loved them.”

She warmly recalls her nursing professor, Dr. Wanda McDowell. And she remembers with appreciation the worship services at the Bluffton First Mennonite Church she attended. Having worked for several years at First Affiliated Hospital as a neurosurgical nurse, Xiaomin today is head nurse of the Hyperbaric Oxygen department. Many of the patients she meets come for treatment following brain surgery, head trauma, carbon monoxide poisoning, and, like me, sudden hearing loss.

During my first week of oxygen therapy, Xiaomin pointed out that at least 15 sessions are usually recommended for my condition. So when the 10 sessions my doctor ordered were finished, I decided to continue for another 5. Two hearing tests showed progressive improvement. I ended up returning for an additional 20 treatments. While my ear has not returned to normal, I have regained far more hearing than the original prognosis offered.  My doctor pronounced me “very lucky.”When Julie and I were based in Hamilton, Ont. in the fall of 2010 for a Canadian assignment with Mennonite Church Canada, I saw an ear specialist. Hyperbaric oxygen is not used to treat sudden hearing loss in Hamilton and the doctor seemed sceptical of the treatment I had received, but it certainly worked for me.

I’m very glad to have Xiaomin as a new Chinese friend. I’m also grateful for the information she provided about a longer series of oxygen treatments. I’m grateful for the MPC/CEE network that enabled me to meet her.  And I’m grateful that God, more than we are aware, uses such connections to impart healing and grace.

Philip and Julie Bender are long-term Mennonite Church Canada Workers in Dazhou, Sichuan. They serve through Mennonite Partners in China, teaching English at Sichuan University of Arts and Science.

While no identifiable Mennonite church exists in mainland China, Mennonites have had a presence there since the 1980s, building relationships with existing churches and believers through Mennonite Partners in China (MPC, formerly China Educational Exchange).

Jeanette Hanson, a Mennonite Church Canada worker in Chengdu, and Hongtao Yin, MPC’s church relations coordinator in Beijing, shared stories about Mennonite connections to one group of pastors who are part of the officially recognized national church, the Three-Self Church.  Hanson reported that these pastors expressed a desire for ongoing and growing connections with Mennonites.

“They are not affiliated with any Western denomination, but you could say that much of their theology and way of doing church is very Anabaptist,” Hanson pointed out. Their congregations maintain a strong emphasis on servant leadership, outreach and service.

Chinese language Anabaptist resources topped a list identifying needs among Mennonite churches in the new network.  Participants agreed that a list of available resources, from books and Sunday School items to audio visual materials, would be shared through a future website.  The group expressed a desire for regular interaction and agreed the new network should meet annually.

Alde Wong, pastor of Grace Mennonite Church in Hong Kong appreciated the opportunity together with her peers. “I learned from the process about how Mennonites from different countries can cooperate.  This was a very good opportunity for fellowship and for future cooperation.”

“I believe an exciting web of possibilities and connections will emerge,” Tobia Veith said. “We are privileged to live in the region and serve to facilitate these rich connections.”

A similar inter-Mennonite consultation was held in 2006 in Macau. Sheldon Sawatzky, current FOMCIT General Secretary and former Asia Director for Mennonite Mission Network noted, “This time we have the advantage of having someone [George and Tobia Veith] available to help coordinate things for our network.”

The next meeting of the Chinese Anabaptist Network is planned for November 2011.

This is the roundup of Mennonite Church Canada Witness work for week of Jan. 21, 2011. 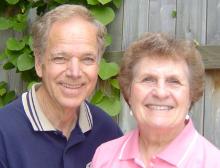 Palmer Becker will teach a course on Pastoral Care and Counselling at Bethlehem Bible College; his wife, Ardys, joins him later as librarian.