Sophomore CD released to much applause 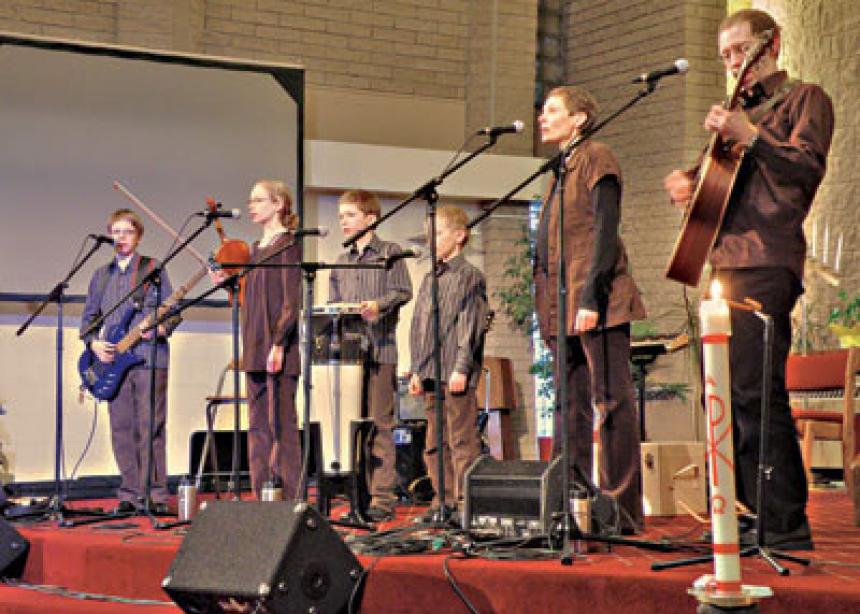 The Friesen Family Band just keeps getting better! As quickly as the children grow, the seven-member family grows in its music, adding instruments, expertise and new material.

On March 24, 2010, the band released its second CD, Dappled Things, at a concert at St. Andrews United Church, Edmonton.

The music is fresh and often surprising in its complexity of harmony and variety of instrumentation. Lively lyrics send the ancient words of faith singing into contemporary life. “We do a lot of writing from the Psalms,” says father Chris.

“The Windhover” is a highlight from the new CD, featuring 11-year-old Godwin on piano, 13-year-old Simone on violin, and mother Louise on vocals.

Chris explains how the songwriting came about, saying he had been thinking about writing something based on a Gerard Manley Hopkins’ poem when he heard “Godwin playing his piece [a piano piece Godwin composed himself] and Simone practising her violin in another room. . . . The music just fit together somehow and gave me an idea.”

Louise’s clear, almost Celtic-sounding soprano soars exquisitely above the instruments, evocative of the falcon that is at the centre of the song.

The family obviously has fun making music. “Abba Cadeff” is a comical tale of a child learning to read. Its performance in Edmonton had the audience laughing along with the band members. The quality of this piece is underlined by its winning a runner-up prize in the children’s category of the John Lennon Songwriting Contest in New York City in 2008.

Information about the Friesen Family Band and its two CDs (including 2007’s We Are Seeking) is available at friesenfamilyband.com. 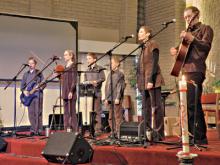