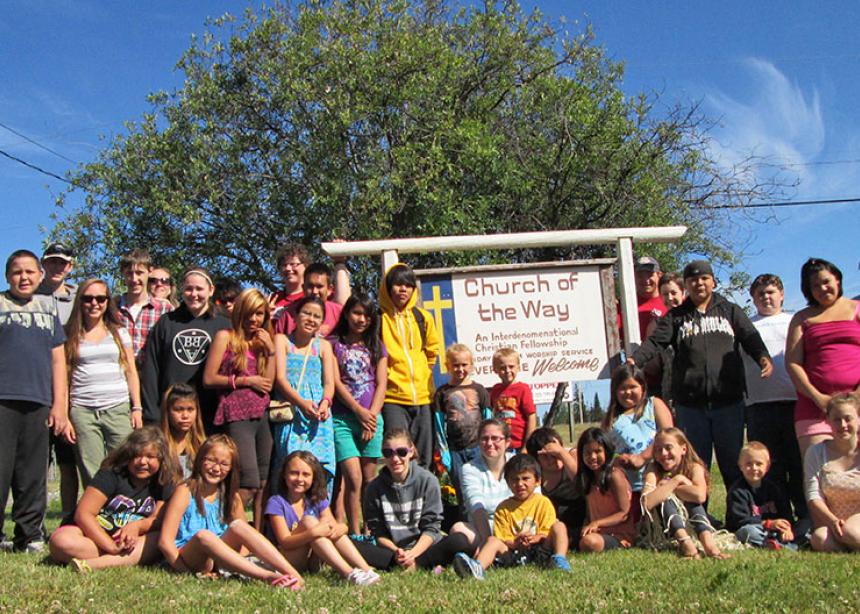 <p>With the help of youth and leaders from Sardis Community Church, Church of the Way conducted Vacation Bible School from July 7 to 11 for children from the Granisle and nearby Lake Babine communities. (Photo courtesy of Rob Wiebe)</p>

Church of the Way in Granisle, British Columbia, may be small, but as the only church in town its witness in the community is large.

Located on Babine Lake in B.C.’s northern interior, the village of Granisle has a population of about 300. Most of the local residents are seniors, with only a handful of young people. Of those residents, about 10 percent come to weekly services at Church of the Way, which has the distinction of being the northernmost Mennonite Church Canada congregation in the country.

According to Pastor Rob Wiebe, this small congregation is front and centre in the community. Even locals who don’t attend, or attend only occasionally, refer to Church of the Way as “our church.”

In July, Church of the Way ran a successful ”Jesus Camp” Vacation Bible School (VBS) program that included up to 30 children and youth. A Mennonite Brethren youth group from Sardis Community Church in the Lower Mainland came up for the sixth consecutive summer to help run it. Wiebe’s wife Tammy prepared and adapted a curriculum from various online resources on the Book of Esther.  Many of the VBS children came from the nearby Lake Babine Nation community.

One of those who attended classes was a young woman from the first nation with a six-month-old baby. Wiebe gave pre-marital counselling to her and her fiancé, and officiated at their wedding at Church of the Way this summer. He noted that there were only four Caucasian people at the wedding; the rest were indigenous.

For Wiebe, who grew up in Burns Lake, ministering among indigenous people feels natural.  “I’ve grown up with [them],” he says. “It’s not a strange thing for me. These are people fearfully and wonderfully made by God. Building personal one-on-one connections with the first nations people is so rewarding.”

The Wiebes live just outside of Burns Lake, where Rob is employed in a sawmill, and make the 88-kilometre drive to Granisle every Saturday. They lead youth group sessions in the evening, then stay overnight in the church building before conducting the Sunday morning service.

When he spoke to Canadian Mennonite, Wiebe was looking forward to baptizing his teenage son at Babine Lake in early September. It would be the first baptism of a young person since 2010, when several seniors were baptized.

Church of the Way is active in the community all year round. Wiebe is often asked to take part in November Remembrance Day ceremonies in the community and at the local school. He sees this as an opportunity to witness to an Anabaptist peace presence while recognizing those who have served in war.

The town nativity scene is yet a further example of community involvement. Wiebe was asked to have a prayer at the dedication of the town park just across the street from the church in 2012. He noted that the bandstand would be an ideal location for a nativity scene. Later that year, a couple in Prince George offered a nativity scene to the church because they had no room for it.

“God does work in mysterious ways,” notes Wiebe. “We now have a nativity scene and are able to publicly share it with the community in a very prominent place.”

Church of the Way continues to focus on building rapport among the local population and being a loving, welcoming presence to anyone who comes in the door. “We are praying for God’s blessing on church and relationships being built,” says Wiebe.

With the help of youth and leaders from Sardis Community Church, Church of the Way conducted Vacation Bible School from July 7 to 11 for children from the Granisle and nearby Lake Babine communities. (Photo courtesy of Rob Wiebe) 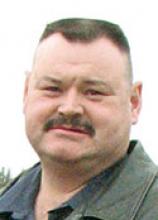 I refer to the article entitled "Small Town, Small Church, Big Influence". I perused this well-written article through twice. My screen reader (computer speech program) read it very well and I felt I was transported right to the little northern British Columbia community. God bless Pastor Wiebe and Church of the way for proclaiming the Way, the Truth and the Life!

It is still wonderful to see small churches existing for God's children. I grew up in a small church and have good memories of it. I enjoy helping small churches. I have a track record in it, where trust, accountability, integrity, partnership, teamwork, stewardship, values, wisdom, and servanthood, coming from us as a child of God. Looking forward to being able to connect with your church. God's grace for you, Doug Murray.