Salvation comes to a rich house 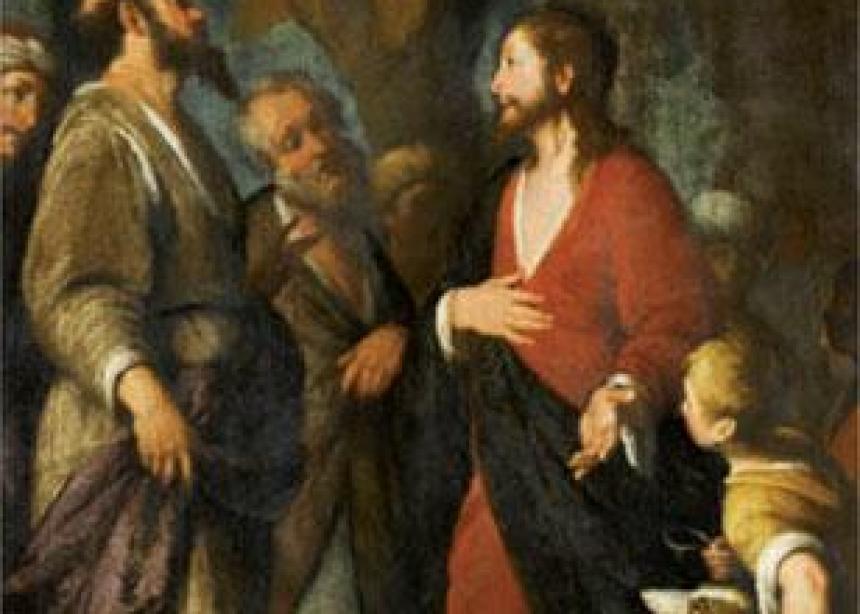 Luke’s passage about Zacchaeus provides an excellent example of this, although it may not be obvious at first for many modern readers. In this passage Jesus visits the house of a rich chief tax collector named Zacchaeus. When Zacchaeus says that he will give half his money to the poor, and repay fourfold anyone whom he has defrauded, Jesus responds by saying: “Today salvation has come to this house” (Luke 19:9).

To unlock how passages like this one are exploding with meaning for management, it is helpful to examine three key words—“house,” “rich” and “salvation”—in the larger context of Luke and first-century Palestine.

It is a travesty that the word oikos is translated as “house.” The modern word “house” has a very different meaning than the first-century word oikos. Today we take “house” to be the place where we live with our families, and from which we go to our jobs in organizations that produce goods and services.

In contrast, in the first century, an oikos referred to the goods-and-services-producing organization of the day. An oikos was where you lived and where you worked. A husband and wife and their children formed an important part of an oikos, but it also encompassed other people who were not relatives, such as slaves. For example, the Roman Empire was sometimes called the oikos of the emperor. In the first century there was no equivalent word to what we call “family” to refer to a biological-kinship unit.

The Gospel of Luke mentions the word oikos more than 50 times! And it refers to 50 additional goods-and-services-producing organizations without using the word oikos.

An important part of the message in Luke is that conventional first-century oikos structures and systems were not working well. In fact, Luke consistently challenges classic ideas about oikos management regarding the nature of husband-wife, parent-child and master-slave relationships. In particular, in first-century Palestine there was growing disparity between rich and poor, and about 10 percent of the population did not belong to an oikos. This included many of society’s sick people, who were cast out due to their leprosy or other conditions. Without the security that comes from being a member of an oikos, the average lifespan of these social outcasts was between five and seven years. One of the consistent and dominant themes in Luke is that new forms of oikos should be developed that are inclusive of the 10 percent of the population who are outcasts, who do not belong to a conventional oikos.

This message is certainly as pertinent today as it was two millennia ago, since there is now also growing disparity between rich and poor within organizations and countries, and between countries.

Zacchaeus is about as close as we get to a rich businessman in Luke. He was sort of like a district manager of tax collectors in the area around Jericho. And because of this, he was despised by just about everyone. The crowds did not want Jesus even to visit the oikos of Zacchaeus because Jesus would be guilty by association.

There are 18 passages in Luke that talk about money, wealth or possessions. Nine of these passages do not use the word “rich.” In these nine passages, the use of money is seen as normal and a non-issue: the Good Samaritan pays the innkeeper, women provide resources for Jesus, and soldiers are to be satisfied with their pay.

The other nine passages about money that do use the word “rich” are very different in tone: The rich will be sent away empty, woe to the rich, the rich should sell all their possessions. When read as a whole, the message in these passages is pretty clear: The kingdom of God is about reducing the disparity between rich and poor.

And the passage about Zacchaeus is one of the two passages in Luke that both uses the word “rich” and describes how the gap between rich and poor is actually being reduced. This is a special passage. Rather than condemn the rich, the passage ends with salvation coming to Zacchaeus’s oikos because of the way he manages it.

Zacchaeus essentially turns conventional management thinking on its head. Instead of using money to make more money, or instead of following the increasing first-century tendency towards conspicuous consumption, Zacchaeus institutes organizational structures and systems that decrease the gap between rich and poor, and that promote social justice.

Which brings us to the third keyword in the Zacchaeus passage: “salvation.” Two insights are particularly helpful to understand what Luke says about salvation:

This is where it gets interesting, and a bit complicated. Seven of Luke’s eight references to the noun form of “salvation” occur prior to Jesus’ baptism (Luke 3:21); in each case it refers to a group of people—house of David, Gentiles, all people—receiving both dimensions of salvation (saved from/saved for).

There is only one time in all of Luke where Jesus uses the noun form of salvation, which is this Zacchaeus passage. And this passage is also the only time Jesus refers to salvation coming to an oikos, rather than to a person.

Why did Jesus not use the same phrase he used on four other occasions: “Your faith has saved [verb] you [person]”? Why use a strikingly different phrase in the Zacchaeus passage: “Today salvation [noun] has come to this oikos [goods-and-services-producing organization]”?

Reading the Bible through a first-century lens helps to see it in a new way. In regard to what Luke says about management, there are three implications for the church that may be especially important:

May we all become more like Zacchaeus, and do our part to help salvation come to the organizations of our day. Go and do likewise in deed.

Bruno Dyck is a business professor at the University of Manitoba; his research contrasts and compares mainstream management, which focuses on maximizing the financial well-being of owners, with multi-stream management, which is based on balancing financial, social, ecological, spiritual and physical well-being for owners, employees, customers, suppliers, competitors, neighbours and future generations. This article is based on meditations given at a Mennonite Economic Development Associates event, Eastern Mennonite College and Eastern Mennonite Seminary in Harrisonburg, Va., in October 2011, and draws from a book Dyck is completing, tentatively entitled Luke on Management: A First-Century Analysis for 21st-Century Readers.