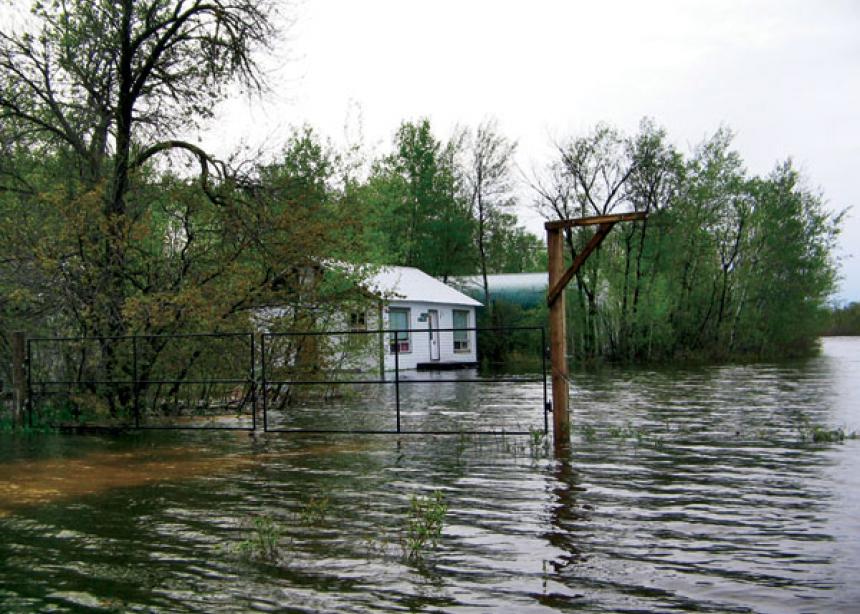 Sagamace Bible Camp, operated by Nordheim Mennonite Church in northwestern Manitoba, had to cancel its program last summer due to flooding, but hopes to be up and running in 2012.

Fifty years ago, the congregation began Sagamace Bible Camp, where it has offered two weeks of camping every summer. The church funds and staffs the program, maintains the facilities, and offers an important ministry that extends beyond its community. It’s a success story few people know of.

For the first time in its history, camp was cancelled last summer, however.

The camp had been flooded since the fall of 2010, says Mary Bergen, chair of the camp committee. The floodwaters covered “most of the playground and, at the highest, was up to the floor joists of the mess hall. We checked on the campground all summer and it was never to the point of doing any clean-up. We cancelled the camping program in early June [2011] as the camp staff needed sufficient notice to make their plans elsewhere.”

Throughout last spring the church remained hopeful it would be able to carry out its summer Bible camp program. Registration forms were already distributed and coming in, but by late spring, “we decided that camp would not be a safe place for the children,” Bergen says. “We called every household and informed them that the camp would be cancelled for this year and reimbursed their money.”

“There was definitely disappointment in all cases, but especially in the families who could not afford to send their children to another camp,” she says. “Most other camps have double and triple the fees.”

Although the flood dampened spirits, there was much to celebrate at the camp’s half-century landmark. Last July, people gathered at the church to reminisce, share stories and give thanks for this ministry. Photos, camp crafts and T-shirts on display reflected changes throughout the years. Harvey and Helen Westlake, song leaders from the camp’s early years, led singing of old and new camp songs.

Bergen says she has been involved with the camp over the years, “as cook, counsellor, mother and grandmother of campers, and, of course, a camper, when I was of age.” Bergen recalls “the awesome meals,” reminiscing that Agatha Andres, cook for many years, “would not plan her meals until she would receive the food donations and then make whatever meals she could.”

Jake Wiebe, who had the original vision for the camp, was also at the summer celebration. In his 80s and struggling with failing health, he was still able to share pictures and budgets from those early years when camp fees were two dollars.

“There will be some flood damage to some of the buildings,” Bergen explains. “We have checked into programs for diking, but have run into dead ends so far. Part of the problem is that the land along the lake is Crown land and they are hesitant to co-operate with us.”

“We are hopeful that [2012] will be a better year,” she adds, noting that last summer’s celebration was an expression of that hope that Sagamace Bible Camp will continue to be an effective outreach of Nordheim Mennonite Church.

A youth group from Winnipeg will be visiting the camp over the May long weekend to help with the clean-up. In the event the camp isn’t able to re-open this summer, the church will run a Vacation Bible School program for the children instead. 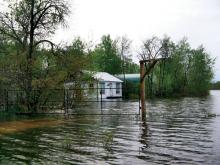 Sagamace Bible Camp, operated by Nordheim Mennonite Church in northwestern Manitoba, had to cancel its program last summer due to flooding, but hopes to be up and running in 2012.