On the road to Emmaus 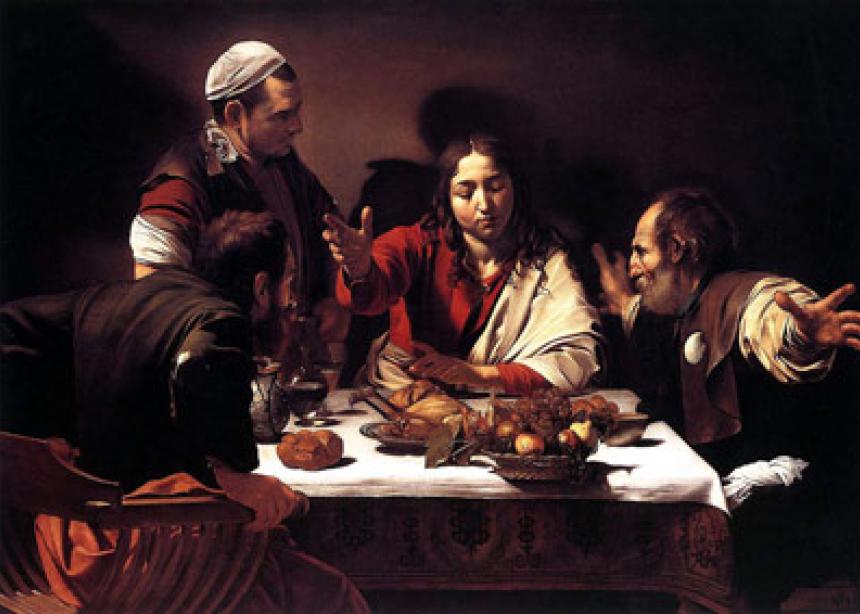 On that same day two of them were going to a village called Emmaus, about 11 kilometres from Jerusalem. They were talking with each other about everything that had happened. As they talked and discussed these things with each other, Jesus himself came up and walked along with them, but they were kept from recognizing him.

When he was at the table with them, he took bread, gave thanks, broke it and began to give it to them. Then their eyes were opened and they recognized him, and he disappeared from their sight. They asked each other, “Were not our hearts burning within us while he talked with us on the road and opened the Scriptures to us?”

Lord, I am on the road to Emmaus and I am so confused!

You know we thought we had it all figured out!

We lived with you for three years.

We saw your great miracles; and we were sure that you would heal all our troubles.

We heard your teaching; and we knew that you were the Great Prophet who would unite our people.

We felt your mighty power; and we thought that you would save our people from oppression.

But now everything seems to be shattered!

Lord, I just can’t understand what is going on any more.

So many things have happened in such a short time.

And they all seem like puzzle pieces that don’t fit together.

Just a few days ago we praised God and shouted hosannas

at your triumphant entry into Jerusalem.

All the people welcomed you,

and they would have loved to make you their king.

But you let the opportunity slip away.

You just rode that little donkey.

And when we thought that this should be the most glorious day for your beloved city,

you just sorrowed and wept for its people.

I just can’t understand it!

And then, on the days following, things got even more confusing.

Man, you had some dandy debates with the chief priests!

And you certainly didn’t play favourites with anyone.

Neither the Pharisees nor the Sadducees could trick you

with their learned, and sometimes ignorant, arguments.

And even when they got together with the king’s men

to trick you with the tax question, you wouldn’t fall for it.

And when you cleaned the temple-yard

and kicked out all those cheating merchants . . .

Wow! That really was a sight!

But why would you do all that?

Didn’t you know that you were angering everyone

who had any power or influence over what was going on?

Didn’t you know that you were digging your own grave?

And then, predictably, it all turned to disaster.

Judas helped the authorities to arrest you all right.

But you just played into their hands.

When they couldn’t make any accusations stick against you,

you gave them all the excuses they needed.

And then it all went so fast!

Peter’s denial of even knowing you . . .

Pilate’s half-hearted attempt at letting you off . . .

But against the Jewish leaders he was too much of a coward.

I guess they call that a “smart politician” nowadays.

And the rest of us? Well, what could we do?

We just sort of tried to stay out of the way and not get run over.

Lord, I am just a tiny little speck of dust in all of humanity . . .

But where does my way lead?

I am going to Emmaus, walking with a heavy heart,

without really knowing where I should go.

Lord, am I like the women going to the grave this morning?

Or whose grave am I going to?

O Lord, I am so confused!

Can you not make me understand it all?

Can you not stay with us?

But you know, Lord, sometimes it takes only one word from you,

and I know that you were speaking to me.

But other times I need to have the Scriptures opened to me along the way,

gradually, one word at a time,

before I am ready to recognize you, as you break bread for me, and with me.

Yes, Lord, I am part of all of the people you met

along your own painful way!

I have even been that coward Pilate, who, in spite of knowing better, convicted you . . .

And how many times have I been Thomas, who doubted you?

But my Lord and my God,

now I know that you saw all my failures,

and forgave me before I even knew that I had failed!

Now I know that you sought me

before I even knew that I was lost!

And did not my heart burn within me

while you talked with me along the road

and opened the Scriptures to me?

Oh death, where is your sting?

Oh hell, where is your victory?

For now is Christ risen!

Yes, he is risen indeed! 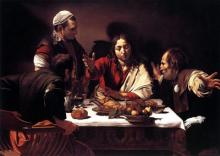