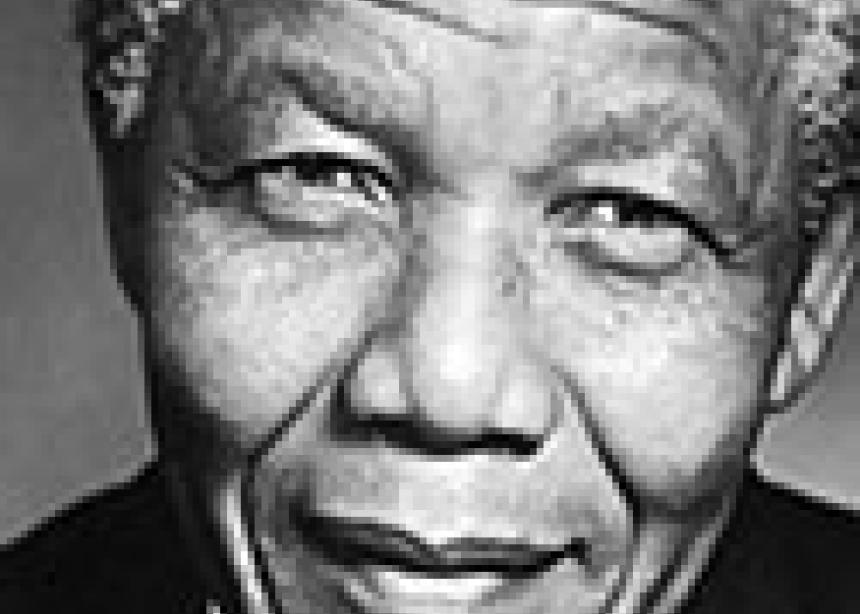 Nelson Mandela passed away a year ago last December, at the age of 95. Although we knew this time was coming, it does not alleviate the sorrow experienced by South Africa and indeed the world. Mandela—or Madiba, as he was lovingly called—lived as an incredible example of forgiveness and reconciliation. He inspired a nation and the world to reach out in a spirit of reconciliation and unity even to those who have hurt us.

Mandela not only fought an oppressive and unjust regime, but eventually and willingly sought unity and reconciliation even with those who were culpable for his years of suffering as a prisoner. By doing so, he helped to create one nation where all could belong.

After spending 27 years in prison, Mandela stated in Long Walk to Freedom: “It was during those long and lonely years that my hunger for the freedom of my own people became a hunger for the freedom of all people, white and black. I knew as well as I knew anything that the oppressor must be liberated just as surely as the oppressed. A man who takes away another man’s freedom is a prisoner of hatred, he is locked behind the bars of prejudice and narrow-mindedness. I am not truly free if I am taking away someone else’s freedom, just as surely as I am not free when my freedom is taken from me. The oppressed and the oppressor alike are robbed of their humanity.”

But this was not the way in which Madiba always viewed the struggle for freedom. In a Dec. 6, 2013, article in the Mail & Guardian newspaper, Desmond Tutu said that the vision Mandela came to embrace and demonstrate later in his life resulted from many years of suffering in prison: “Some have said Mandela’s 27 years in jail were a waste, suggesting that if had he been released earlier he would have had more time to weave his charm of forgiveness and reconciliation. I beg to differ.

“He went to jail an angry young man, incensed by the miscarriage of justice in the travesty of the Rivonia Trial. He was no peacemaker. After all, he had been MK [the armed wing of the African National Congress] commander and intended to overthrow apartheid by force.

“The 27 years were absolutely crucial in his spiritual development. The suffering was the crucible that removed considerable dross, giving him empathy for his opponents. It helped to ennoble him, imbuing him with magnanimity difficult to gain in other ways. It gave him an authority and credibility that otherwise would have been difficult to attain. No one could challenge his credentials. He had proved his commitment and selflessness through what he had undergone. He had the authority and attractiveness that accompany vicarious suffering on behalf of others—as with Mahatma Gandhi, Mother Teresa and the Dalai Lama.”

And so, after many years of suffering, imprisonment and injustice, Madiba responded in a way that was—and is—so unexpected. He sought to forgive and to reconcile, instead of seeking revenge through violence. What’s more, he inspired a whole nation to do the same.

Rather than using tools so common among empires and nation-states—tools of war, violence, and oppression—Mandela responded with tools that are familiar to the politics of God’s kingdom. These are Jesus’ tools: forgiveness, reconciliation, peace and love. And the world has recognized the different nature of these traits.

Madiba’s ability to embody a form of politics that is so often foreign to the politics of nation-states made him stand out in the world. He became an example to emulate.

Embodying kingdom-of-God values, and pledging allegiance to an alternative form of life focussed on reconciliation, are reasons for celebration. On the first anniversary of his death, we celebrate Mandela’s example not because he provided a compelling model of how to separate church from state, or faith from politics, or even how to influence or Christianize the state and the social order. We rejoice in his example because it is a compelling expression of how political the gifts of forgiveness and reconciliation really are.

Mandela stated during his 1995 National Reconciliation Day address: “We, the people of South Africa, have made a decisive and irreversible break with the past. We have, in real life, declared our shared allegiance to justice, non-racialism and democracy; our yearning for a peaceful and harmonious nation of equals. The rainbow has come to be the symbol of our nation. We are turning the variety of our languages and cultures, once used to divide us, into a source of strength and richness.”

May we be as courageous as our beloved Madiba in the ongoing pursuit of justice, peace and reconciliation! 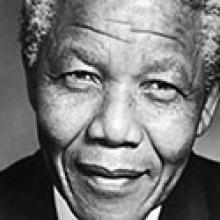