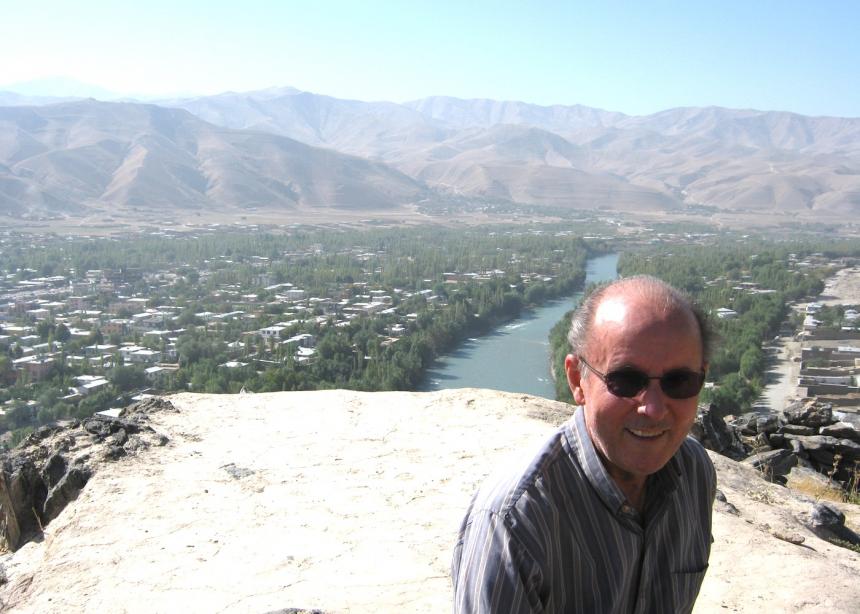 , Lapp’s father, Marvin, brother Jerry and cousin Joe were welcomed in the guesthouse in Kabul where Glen had lived.

But they also were able to visit the office where Glen helped to arrange logistics for rural eye camps and contacted village leaders to work out permissions and details. Following Glen’s example, they carried a banana and toffee pie to four friends who lived nearby.

And through each encounter, Marvin, Jerry and Joe Lapp got a closer feel for Glen’s efforts in Afghanistan, for how he was cherished by Afghan and expatriate friends and for the ways in which his adventurous spirit, conscientious attention and compassion shone through in both work and play.

“I frequently imagined how Glen must have done this or that thing, how he interacted with people, how he was able to do what needed to be done,” Marvin Lapp said. “It was a very good experience to be there.”

Glen Lapp, 40, and other members of a team formed by MCC partner International Assistance Mission (IAM), which provides eye care and medical treatment in Afghanistan, were returning from a journey to hold an eye camp in a rural area when they were killed in Afghanistan’s Badakhshan province.

John Williamson, MCC representative for Afghanistan, India and Nepal, notes that the exact circumstances of their deaths may never be known.

For the Lapp family, the trip to Afghanistan didn’t solve this mystery, but it did offer a window into Glen’s world and vividly showed how the same qualities that Lancaster County friends remember Glen for also were prized by friends in Afghanistan.

Afghanistan is one of the most underdeveloped countries in the world. According to the United Nations, the average life expectancy is a mere 43 years. Decades of war have taken a toll on people, communities, institutions and structures, including the health care and education systems. Outbreaks of violence are frequent and the security situation can change overnight.

Even though he only began his work in Afghanistan in 2008, Glen quickly became known as a person who reached out to other expatriates living in the midst of these tensions.

“Everyone acknowledges living in Kabul or Afghanistan is very challenging,” Williamson noted. Glen, however, was one of the most active in reaching out to his colleagues. “He brought a lot of life. Other people really enjoyed the life and spirit that he shared,” Williamson said.

Williamson, who accompanied the Lapps on this trip, was told that Glen was known for being conscientious about checking in with security personnel and following any warnings he was given. But in keeping with the adventurous spirit he was known for among family and friends in Lancaster, he also didn’t let fear keep him from living vibrantly and encouraging others to do the same.

He led a Monday morning exercise group. He took time to play with fellow workers’ children. He and a colleague, also among the 10 killed, helped organize volleyball tournaments.

And when security allowed, he and others would go into nearby hills for hikes.

Hiking and biking were such passions for Glen that those who attended his memorial service in Lancaster, Pa., were invited to bike there.

But hiking with someone in Afghanistan requires a far different level of trust than outdoor excursions in a more secure setting – and colleagues chose to place that trust in Glen.

For all his sense of adventure, Glen didn’t take the prospect of serving in Afghanistan lightly.

Glen had long wanted to serve abroad. But he had been busy – working as a nurse, a realtor, traveling, climbing mountains in South America and trekking in Nepal.

When the assignment opened in Afghanistan, he and his parents, Marvin and Mary Lapp, talked not only about the opportunities in going but also with each other and with MCC about the risks, the violence and the insecurity of the setting.

“It wasn’t always easy thinking about Glen being there, but it was a choice we had made,” his mother said.

The assignment drew on skills and qualities Glen honed over years of working and of traveling.

From conversations through e-mail and Skype, his parents could sense how much he liked the process of spending time with village leaders to work out the details of eye camps.

“It was clear he was well suited for the job he was doing,” Joe Lapp said, noting Glen’s love of adventure and travel, patience with people and ability to weather physical hardships. “I've been on bike trips with him where he would be easily able to pick a good route and adapt to locally changing conditions, chat people up for information, take the lead on logistics for food and lodging and competently and quickly solve problems along the way. This is what he did in his work in Afghanistan as well.”

Glen’s bicycle-honed sense of mechanics and repair didn’t hurt, said Joe, remembering hearing a story of Glen, while in Afghanistan, doing a temporary fix on a vehicle that enabled it to be driven back home for proper repair.

Glen was gifted at languages and knew a smattering of Dari, a primary language of Afghanistan, from a previous trip to Afghanistan in 2004. The prospect of learning more was a strong draw. But when Glen began his assignment in 2008, he was needed in the office immediately. Language study had to wait.

Glen used the time to practice on his own, building relationships with Afghan workers in the house in the IAM compound where he lived. He talked to children in the streets. And when the Lapps visited in October, a co-worker recalled that Glen’s language skills developed as fast as those of colleagues who spent their days in Dari classes.

Dark-haired, Glen grew a beard and often dressed in traditional Afghan garb. During the October visit, one of Glen’s Afghan co-workers told Marvin, Jerry and Joe Lapp how he had taken Glen to a local park to play volleyball. He worried Glen would feel uncomfortable because so much attention would be paid to him as a foreigner. But Glen showed up in a shalwar kameez, a traditional outfit of loose-fitting pants and shirt, and played volleyball and “nobody ever realized he was a foreigner,” Joe Lapp said.

At meetings for MCC workers in the region or when Glen came to Nepal to trek, as he did a few times during his assignment, Amos Stoltzfus, of Albuquerque, N.M., then program administrator for MCC in Nepal, expected that Glen would talk about how difficult it was to live and work in Afghanistan.

He didn’t deny how restricted his travel was – and how excited he was to be in a place where he could freely hike, bike or even just walk around without having to worry about security, Stoltzfus notes.

But that’s not what Glen spent his time focusing on.

“He talked about the Afghans he would have tea with, have dinner with. You could just tell the relationships were so important to him,” Stoltzfus said. “He talked about the people he worked with – both foreigners and Afghans – and just had a lot of positive things to say. It was really hard to get negative things out of Glen. He was just a person that saw the positive.”

Glen Lapp’s term was scheduled to end in October 2010. In an end-of-term report submitted to MCC in July 2010, he wrote that, “Where I was (meaning Afghanistan) the main thing that expats can do is to be a presence in the country. Treating people with respect and with love and trying to be a little bit of Christ in this part of the world.

“MCC is very much involved in peacebuilding in Afghanistan and my hope is that MCC can continue along that vein and continue to help this country work towards peace on many different social, ethnic, and economic levels,” he wrote. The assignment had piqued Glen’s interest in peacebuilding, and he had requested a number of books from MCC on the subject.

He was eager to come home – in part, his parents say, to rekindle relationships with the nieces and nephew he treasured so much.

But, according to Joe Lapp, Glen also was strongly drawn to reach out to meet the needs of people around the world. “Frankly, I don't think he would have been home for long,” Joe notes. “I think the pull of life in Afghanistan, or if not there some other similarly need-rich location, would have taken him back to a place where he could daily use his skills to directly improve the lives of people in need.” 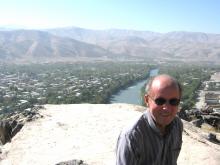