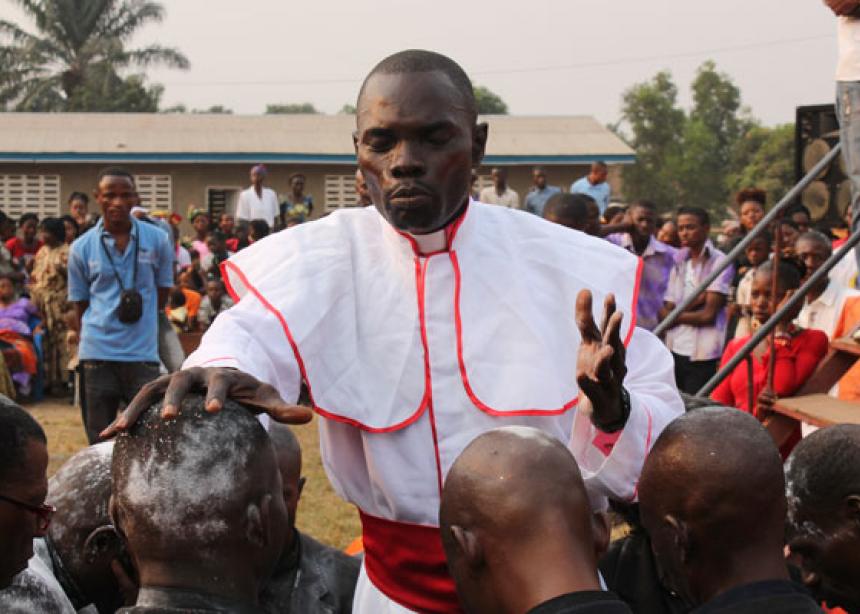 In his opening address, the head of the church, Benjamin Mubenga Wa Kabanga, introduced the 20 Mennonites from three continents who travelled to participate in the denomination’s 50th anniversary, as “real brothers and sisters—not strangers.”

The two Mennonite church groups have a shared history until the time of independence in 1960, when inter-ethnic violence erupted. Luba Mennonites, attracted to West Kasai province by jobs with Belgian rubber and mining companies, were forced to flee back to their home province, East Kasai. Both denominations trace their roots to 1912 when Congo Inland Mission—now, Africa Inter-Mennonite Mission—arrived in the country and began ministry in West Kasai province.

Though the Luba refugees tried to maintain ties with the Mennonite headquarters in West Kasai, the polarized political climate, difficulties of travel and non-existent means of communication made this unworkable. In 1962, today’s denomination, Evangelical Mennonite Church of Congo, was born out of necessity imposed by these constraints. Evangelical Mennonite Church of Congo holds fast to its Anabaptist identity, especially cherishing the peace stance, perhaps because the denomination has experienced so much conflict in the past half century.

During the Golden Jubilee celebration, a troupe of Mennonite actors re-enacted the life of the early Evangelical Mennonite Church of Congo where sharing with those in need was an effective form of evangelism. The hospitality and generosity that allowed the refugees to survive and then thrive as they became a church continues. This daily witness has helped the denomination to grow to 25,000 members in 110 congregations operating about 100 schools.

Despite the emphasis on solidarity and peace, division continues to challenge Evangelical Mennonite Church of Congo. Efforts are being made by a mediator from the mother church, Mennonite Church in Congo, to reconcile the current leadership conflict.

Willard Metzger, Executive Director of Mennonite Church Canada, attended the celebrations. “It is important that we display our support for our global sisters and brothers. Conflict does not disqualify the church from celebrating a significant, milestone anniversary and expecting the global church to join in giving thanks for God’s faithfulness.”

Dissention, past and present, could not dampen the spirit of praise during the Golden Jubilee, however. The joyful melodies and irresistible rhythms compelled even North American Mennonites to dance. 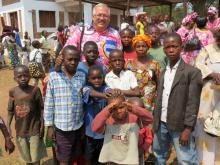