Recovering a tradition of preserving food 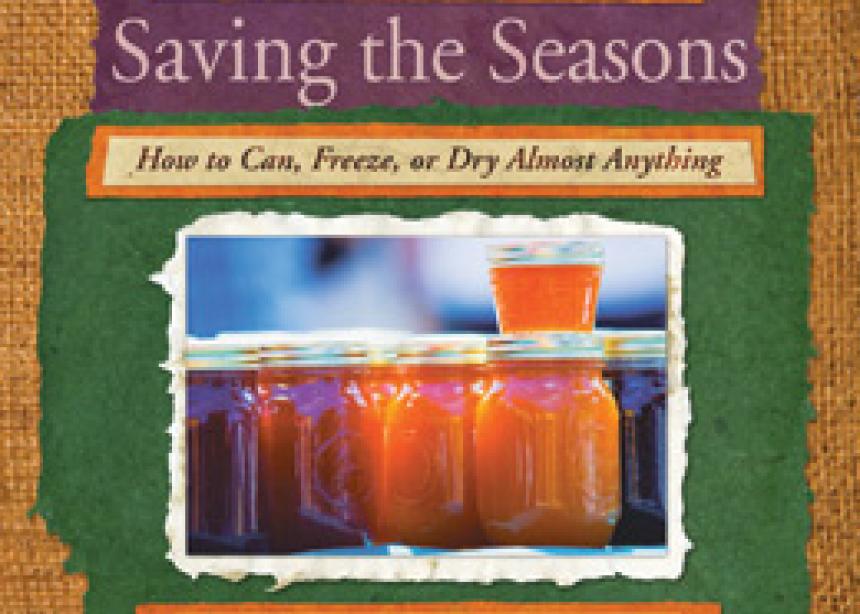 “Many younger people today want to preserve food, but don’t know how to do it,” says Susanna. “Maybe their grandmother canned, or their mother used to, but that generational knowledge hasn’t been passed down.”

“Many families no longer have a tradition of preserving food,” adds Mary, who is also Susanna’s mother. “They have not learned what the more rural population of a century ago knew about how to pick, prepare and process food to keep for the future.”

Passing on tips and ideas for preserving food was one reason why the two decided to create Saving the Seasons.

“We wanted to provide a clear and easy-to-use guide for those who want to preserve their own food, but don’t know how,” says Susanna, who directs agricultural production at Grow Pittsburgh, a non-profit organization that produces food in the “City of Brotherly Love” and helps people create new gardens.

“It’s especially helpful for those without a farming or gardening tradition,” adds Mary, who, along with her husband, grows certified organic vegetables and fruit in Fresno, Ohio. “It tells the best way to preserve a certain food and exactly how to do it.”

The two note that the book also comes along at a time when more people are expressing an interest in eating locally grown and seasonal food.

“More people care about where their food comes from,” says Mary. “They want to know who grew it and under what conditions. The easiest way to get those answers is to grow food yourself or buy direct from the grower.”

They both think that Saving the Seasons will be of particular interest to those who bought Simply in Season, a cookbook from Herald Press that celebrates cooking and eating locally grown seasonal food.

“One of the challenges of cooking seasonally for many in the U.S. and Canada is not having the food you need when it is out of season,” Susanna says. “Preserving food while it’s in season is a great way to make sure you have it later in the year.”

“We include information about when produce is in season, and the best way to preserve each item,” adds Mary. “Learning to preserve your own food makes living seasonally a year-round possibility, not just a one-season experience.”

The book also grows out of their faith. “Being a Christian to me means caring for God’s earth and learning from the created world,” says Mary. “The process of planting, weeding, waiting and then finally harvesting, preserving and eating, helps me feel that I am a participant in God’s creation, not just a bystander.”

“Growing up Mennonite, I learned that I was responsible to care for my own health and the health of the environment and people around me,” adds Susanna. “Growing and preserving my own food helps me live out these values.” 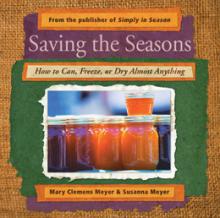 You will need to contact the publisher of the book with your question. We are not able to give you more information about the book.