Second volume of Take Our Moments and Our Days released 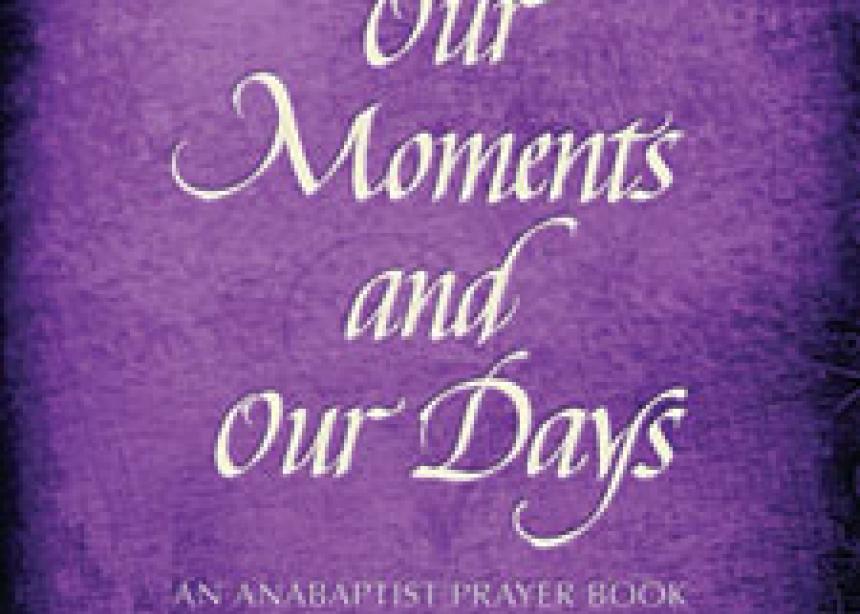 For Carrie Martens, a student at Associated Mennonite Biblical Seminary, Elkhart, Ind., using a prayer book like Take Our Moments and Our Days helps her feel “connected to God, to Scripture and the greater Christian community. . . . It has helped me pray in ways that are meaningful and with words that express my faith journey,” she says gratefully.

David Vroege, pastor of All Nations Christian Reformed Church in Halifax, N.S., says the prayer book is “healthy for my spiritual life. . . . I like how it helps me memorize certain portions of Scripture.”

“I have used it in our peace prayers group, in small groups, in a group retreat, and mostly in my daily prayers as an individual,” says Tina Mast Burnett of Akron, Pa. “Every time I have opened the book, I have loved it.”

“The structure of the intercessions reminds me to broaden my prayers from just the nearest or most urgent,” adds Brenda Meyer, pastor of Benton Mennonite Church, Goshen, Ind.

Comments like those are gratifying for Eleanor Kreider, one of the compilers of Take Our Moments and Our Days, a two-volume set from Herald Press. “The impulse behind these two volumes was to help people to pray through Scripture, and to deepen their walk of faith,” says Kreider, who helped create the book along with Barbara Nelson Gingerich, John D. Rempel, Mary H. Schertz and Arthur Boers, who holds the R. J. Bernardo Family Chair of Leadership at Tyndale Seminary, Toronto, Ont.

The second volume, which was released last November, is for the seasons of Advent through Pentecost. The first volume is for the period between Pentecost and Advent. Both volumes follow the classic three-fold structure of Christian daily prayer: praise and thanksgiving; listening to Scripture; and petition and blessing.

“This ages-old pattern is familiar to Christians in every deep prayer tradition,” Kreider says, noting that what makes the Herald Press releases different from other prayer books is “a distinctive Anabaptist flavour.”

And what makes them Anabaptist?

“It’s the prominence of the voice of Jesus, and also the inclusion of Anabaptist perspectives on the themes of the liturgical seasons,” Kreider says, adding that “the Scripture readings selected for the book emphasize Anabaptist values of peace, forgiveness, service, justice and community.”

Although created for Anabaptists, Kreider hopes others will also find the books useful. “Although we prepared it for an Anabaptist audience, we offer it to anyone who values community, forgiveness, peace, service and justice,” she says. “We know that many others have found [the first volume] to be valuable, and that it is being used widely in other denominations.”

What advice would she give to someone who wants to use these books for their prayers?

“The first thing I would say is to try to set a regular time for prayer,” Kreider says. “Few of us find time for sustained prayer both morning and evening, so I would suggest that people adopt either pattern.”

She also recommends that people “should also find or create a physical setting that is conducive to praying.” This could include having “a visual focus, such as an open Bible, a cross, candle, symbol or picture.”