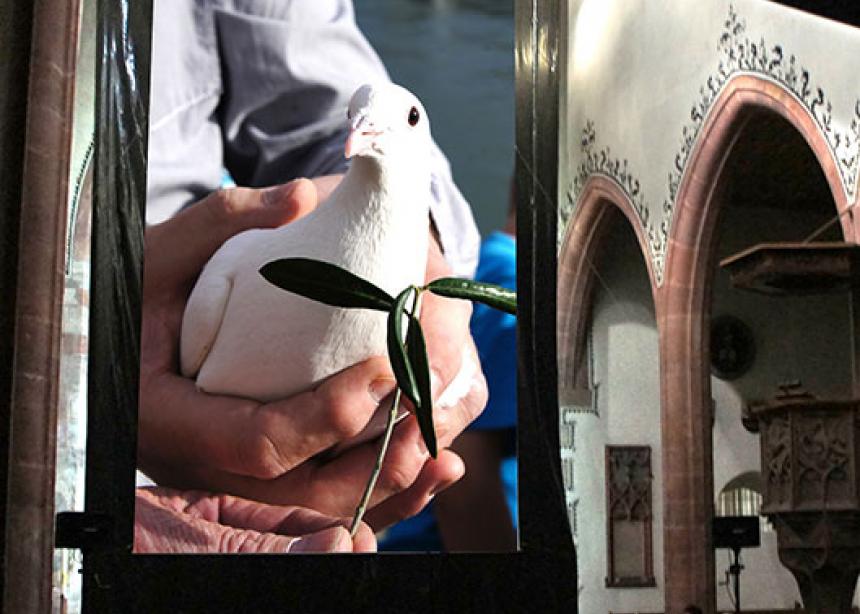 More than a thousand people saw the movie Peace Makers at the Theodorskirch during the first Night of Faith Festival that took place in Basel on May 17.

During seven screenings over seven hours, the 25-minute movie, created and produced by Max Wiedmer and his team, attracted many visitors to the church’s contemplative atmosphere while awing them with technical wizardry.

Peace Makers was shot with a camera that was turned 90 degrees and was shown on a screen that measured close to 11 metres high in a vertical “portrait” format on a wall in the heart of the Gothic church.

The movie tells the story of a young boy in search of peace and security. Three main actors play in this silent film that alternates with the reading of biblical texts about creation, Noah, Moses, Jesus the peacemaker and Jesus the Saviour. The readings are accompanied by current photographs.

Musical snippets from children’s choirs, as well as from a men’s choir from the Mennonite Church of Geisberg and from the multi-artistic show from the Lightclubberz (a group of Mennonite youth), resonate with the chosen themes that are highlighted by sequences of light-painting. Most of the pictures were shot in the region of Basel and surrounding area.

The movie project started in August 2012 and mobilized more than 30 people, mostly from Mennonite churches in Switzerland, in collaboration with members of other churches. Peace Makers brought a touch of peace theology to the Night of Faith.

This first Festival of the Night of Faith, planned by the Association for the Promotion of Culture in Basel and supported by Protestant, Catholic and Evangelical churches, blew a wind of faith on the city, with the goal of linking the arts to the church. More than 70 events were spread out across almost 40 locations, including public plazas, churches, theatres and cafés, were offered at no cost to the public. There was something for every taste, from concerts, mime, dance and poetry, to drama, literature, sound and light, and miniature art.

Several thousand spectators walked or took the tramway from one place to another, and the atmosphere was friendly. Included among the 300 artists were singer Nina Hagen, mime Carlos Martinez and Jars of Clay, an American pop-rock group.

An upcoming project is to eventually create a 90- to 120-minute film. For further information, visit http://friedeinhochformat.ch or http://nachtdesglaubens.ch. 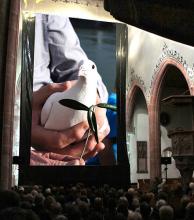