Winterberries and Apple Blossoms: Reflections and Flavors of a Mennonite Year.
By Nan Forler and Peter Etril Snyder. Tundra Books, 2011. 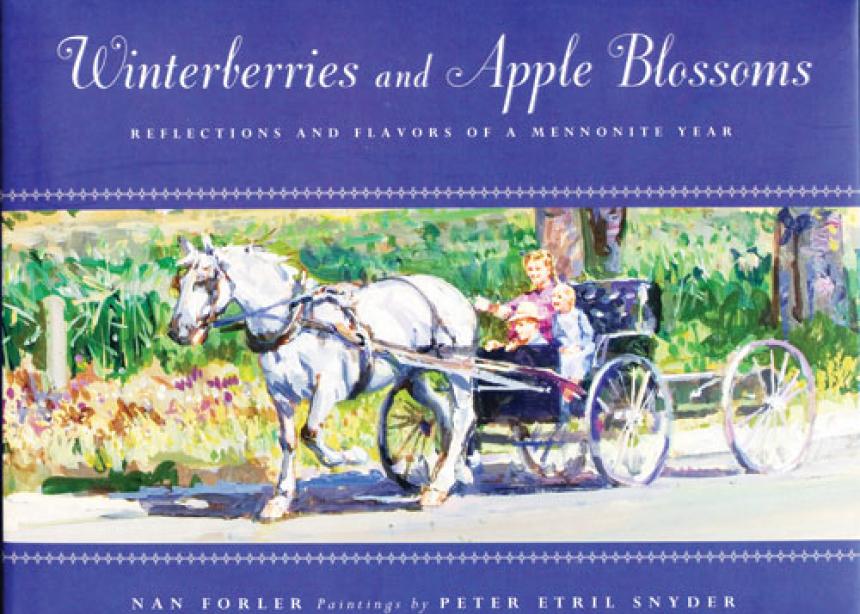 Peter Etril Snyder is known the world over for his sensitive paintings of Old Order Mennonites in the Waterloo Region. Although he had just retired from his gallery and painting for health reasons, he was intrigued when Tundra Books came to him with Nan Forler’s poems of an Old Order girl’s life over the course of a year, feeling that they epitomized the world he knew so well.

The result is Winterberries and Apple Blossoms: Reflections and Flavors of a Mennonite Year.

At a book signing at Uptown 21, a restaurant in downtown Waterloo, Ont., Forler and Snyder read parts of the book to diners who were enjoying foods through the seasons of the book. (Included in the book are 12 seasonal recipes for adults and children.)

Forler did careful research on Mennonites to add to her knowledge from growing up in Elmira, Ont., in the heart of Mennonite country, as well as talking to Old Order friends and her own Mennonite relatives. She explained that the singing of “Silent Night” at a service in the December poem is the only place she “fudged” on the truth; the song would not have been sung in worship, but at a youth and young adult “singing” held after worship on a Sunday evening.

Naomi, the heroine of the stories, pushes the boundaries of what is allowed in her community, making her a kind of Old Order “Catherine, Called Birdy,” from a 1994 book of the same name by Karin Cushman. Naomi longs after flowered material for a dress when only plain material is allowed; and “borrows” a boy’s bike, only to have her skirt get caught in the chain. In the paintings Naomi is styled after Forler’s daughter Maia since Old Order Mennonites do not allow images of themselves to be created.

Both Snyder and Forler have been overwhelmed by the positive response from the Old Order community. One of the tensions in material about Mennonites in the secular press is between the cultural and religious natures of the communities. In Winterberries and Apple Blossoms, Naomi sings, prays, goes to worship, and submits herself (Gelassenheit) to God as the community understands God.

While styled as a children’s book, the stories, recipes and Snyder’s artwork make this a great coffee table and discussion book for young and old alike.

Dave Rogalsky is the Eastern Canada correspondent for Canadian Mennonite. 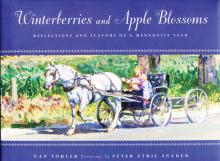 Thank you for your sensitive review . Nan had created a brillianr naritive and I simply illustrated that story. This book, her second, will be a breakthrough for her with the public.