Plowing the way for peace 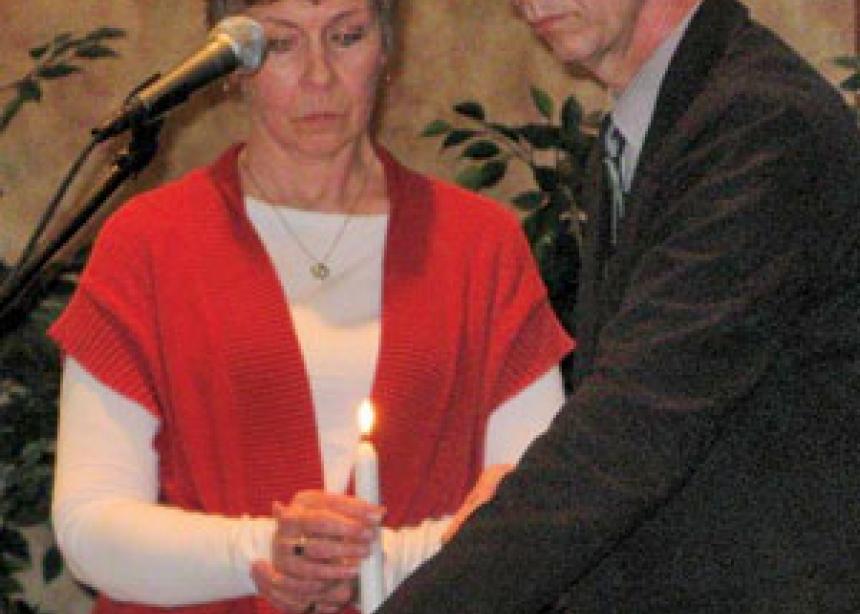 A public stand for peace, peace between believers and peace with their neighbours all came to the fore during the Mennonite Church Saskatchewan annual delegate sessions last month in North Battleford.

Since Saskatchewan Mennonites have been involved with public acts of peace, the Ad hoc Committee on Peace and Justice took the opportunity in its report to push further and to challenge the churches to do more.

Gordon Allaby spoke about the need to communicate clearly to others what Mennonites believe, rather than just let their actions speak for themselves. “When a church states, ‘We are a Live For Peace church,’ they are projecting a message that states action is part of our belief system. And it suggests that it is a journey, a whole-life journey.” While acknowledging the move may take some soul searching, Allaby encouraged all area church congregations to proclaim that message using signs.

For some time now, MC Saskatchewan has been trying to build friendships with aboriginals in the province. But the topic of bringing the cultures together was never addressed in depth until this year’s annual general meeting, which had the theme, “Our shared path.”

Mennonites and First Nations people have had a somewhat unsettled history, and keynote speaker Ray Funk’s approach to explain the issues of treaty from a biblical perspective—using the story of Isaac’s treaty with Abimelech in Genesis 26—brought a new understanding to the story. “The Bible is fundamentally a political book, a story of God’s people interacting with empires through covenantal relationships,” he said, adding, “Covenants are meant to create just relationships.”

Pointing to Mennonite history, he spoke about privilegia, the arrangements that Mennonites made with governments to live according to their faith. From Poland to Russia to Canada, he said there were 14 places where Mennonites made such deals. When Mennonites came to Saskatchewan in the late 1800s, they were given a tract of land called the Hague-Osler Reserve by the government of the day.

Funk, who has been involved with First Nations issues for many years, including a stint as Member of Parliament for the northern riding of Desnethe’-Missinippi-Churchill, asked, “So how do we convince people that this is important today?” If people want to bury this under the carpet, or claim that they are not responsible for what happened in the past, it doesn’t work, he argued.

“Every community inherits a story,” he said. One of the stories Saskatchewan is grappling with is the unfair treatment of the Young Chippewayan First Nation, whose land was given to Mennonite settlers without their permission in 1897 and which became part of the Hague-Osler Reserve.

Grace Mennonite Church, Prince Albert, and Mennonite Central Committee Saskatchewan came together last summer to help raise funds for a genealogical search that would help the current members of the Young Chippewayan First Nation with their push for fair compensation. A similar event is planned for this summer.

Despite some expressed concern, delegates unanimously endorsed a proposal to move the former Eigenheim Mennonite Church building to the Youth Farm Bible Camp, where it will be used for the growing needs of the summer camping program.

An effort to bring some order and structure to the finance commission resulted in passage of a new financial policy that will help MC Saskatchewan to manage the many monetary dips and spikes that occur over time. It will also be useful to set guidelines to help new committee members coming on board. 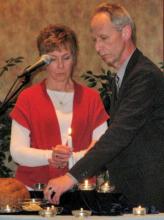