From pieces to peace

February 27, 2013 | God at work in the Church | Number 5
By Mark S. Hurst and Nathan Hobby | Anabaptist Association of Australia and New Zealand 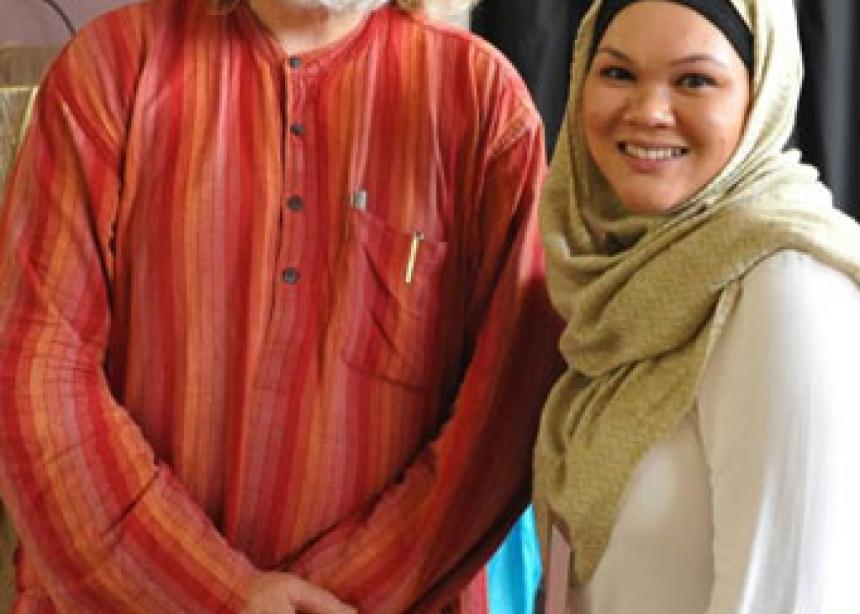 Jan. 26 is Australia Day, the equivalent of Canada Day. Over the Australia Day weekend the Anabaptist Association of Australia and New Zealand held its biennial conference in Sydney with the theme, “From pieces to peace: More than just neighbours in a multi-faith world.”

The conference began with a traditional aboriginal acknowledgement of place and country, led by Ray Minniecon, an aboriginal pastor and leader of World Vision Australia’s indigenous program. He reminded those gathered that aboriginals call Australia Day, “Invasion Day.” In a controversial comparison, he said, “Think what it was like for Jewish people in Germany during the Nazi regime.” In the same way, Australia Day is a day for mourning—not celebration—for the original inhabitants of Australia, he said.

Dave Andrews, who has lived and worked in intentional communities with marginalized people groups in Australia, Afghanistan, Pakistan, India and Nepal for more than 30 years, gave the first presentation of the weekend. Entitled “The Anabaptist tradition and peaceful Christlike interfaith conversations,” he addressed many of the questions Christians raise when thinking about relating to people of other faiths.

Isn’t our task to convert others? “No,” he said. “Conversion is the work of the Holy Spirit. Our task is to be a witness.” Quoting Matthew 23:15, “Woe to you, scribes and Pharisees, hypocrites! For you cross sea and land to make a single convert, and you make the new convert twice as much a child of hell as yourselves,” he said Jesus wanted his followers to produce disciples who were witnesses—salt and light in their world.

What about Jesus being the only way to God? Jesus showed the “way” in how he related to the “other,” Andrews said. Jesus taught Christians to not only love other Christians, but to love their enemies, he said, suggesting that is the “way” they are to follow.

The response to his talk came from Nora Amath, chair of Australian Muslim Advocates for the Rights of All Humanity. “The challenge in interfaith conversation is to establish ‘safe places’ where we can hear each other,” she said, stressing that “love of neighbour” was central to Islam as well as Christianity.

Rabbi Zalman Kastel joined the conversation. From the Lubavitch Hasidic tradition of Judaism, Zalman called the conference participants to “walk into the sea” in multi-faith relationships, trusting God as the people of Israel did when facing the Red Sea.

Zalman approaches interfaith conversations firmly committed to his own religion, noting that, while in the past people killed each other over differences, today, unfortunately, people pretend differences don’t matter. He later remarked that there is a high price for relativism.

To a question about the authority of the Bible—a key question for many Christians—he said that he saw the Hebrew Bible as the “literal Word of God,” particularly the first five books, with the prophets as a kind of inspired interpretation.

Matt Anslow, young adult coordinator of Transformation-Empowerment-Advocacy-Relief (TEAR) Australia, presented a Bible study called “A (recovering) racist’s reading of Matthew 15:21-28.” He suggested that the story there about a “Canaanite woman” is a reversal of the destruction of the seven nations in Deuteronomy 7. “Even Jesus is forced to deal with the racism of his day,” Anslow said. “He is forced to make space for the other, spurred on by the challenge of the other.”

On the final evening, Johnny Huckle, an aboriginal singer from Canberra, sang “Journey of Healing” and “Listen to the Spirit,” about what it is like to grow up in a land that took children from their parents and destroyed the aboriginal family structure in the process. It was a fitting ending to the Australia Day weekend.

For more information about the Anabaptist Association of Australia and New Zealand, visit www.anabaptist.asn.au. 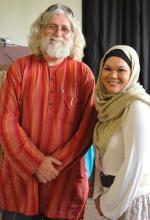 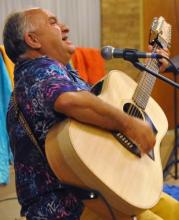 Australian aboriginal singer Johnny Huckle performs songs about what it is like to grow up in a land that took children from their parents and destroyed the aboriginal family structure in the process.