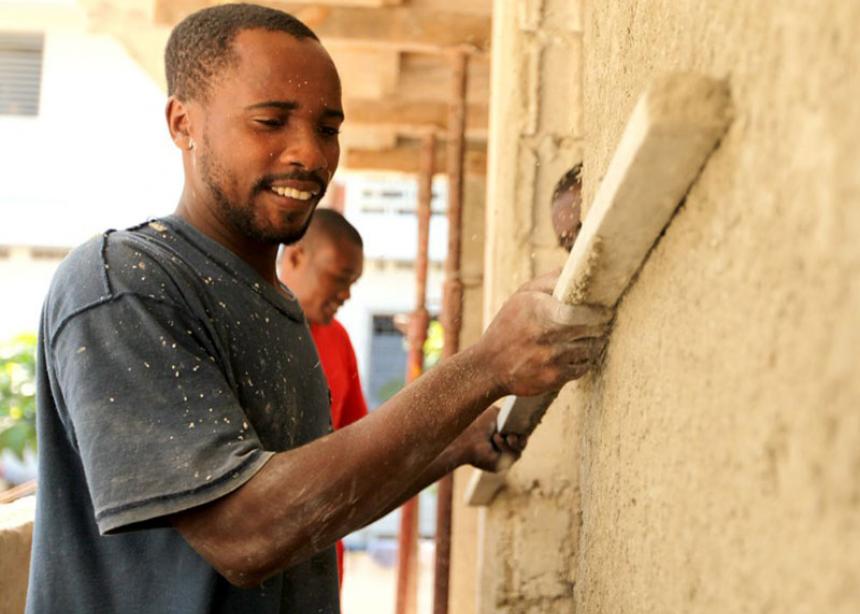 In a decision that could have a direct impact on the work of Mennonite Central Committee (MCC) in Haiti, the Canadian government has stepped up its contribution to the United Nations-led military peacekeeping mission in this Caribbean nation.

On June 21, 34 Canadian Armed Forces personnel from the 5 Canadian Mechanized Brigade Group from Valcartier, Que., were sent to join a Brazilian battalion, joining five Canadian military staff officers and 90 Canadian police officers already serving as part of the UN mission. In addition to the June deployment, the Canadian government is also sending another 25 to 30 police officers to Haiti this month.

According to the Department of National Defence, the platoon from 5 Canadian Mechanized Brigade Group will “assist Haitian security and stability efforts,” and support “the Government of Canada’s objective to build a more prosperous, secure and democratic hemisphere.” In terms of the day-to-day operations of the troops on the ground, its main task is to assist the UN and the Haitian government with security patrols.

“As we are the third in line to provide security, we conduct joint patrols with elements of the Haitian National Police and United Nations Police,” Captain Nicholas Payne, platoon commander of 5 Canadian Mechanized Brigade Group, says via e-mail from Haiti.

Payne says that his platoon, which will serve in Haiti until December, also occasionally conducts “static security tasks,” which can include “anything from refurbishing schools to cleaning parks to education programs.” Its main task, however, remains security. “We are quite easily able to saturate a zone and provide a very effective security presence, which ultimately deters minor and violent crime,” he explains.

While the UN and the Brazilian and Haitian governments have welcomed Canada’s new peacekeepers, MCC and its local partners see Canada’s increased support for the UN mission as a “show of force,” rather than a show of solidarity to people living in the poorest country in the Americas, which is ranked 161 out of 187 on the UN Development Programme’s 2012 Human Development Index.

“The priority needs in Haiti at this time include health care, improved infrastructure, better education, improved agriculture, technical training and capacity-building in the judiciary,” says Wawa Chege, policy analyst and advocacy coordinator for MCC Haiti, which has been delivering relief and development programs on the island since 1958. “These [needs] do not necessitate an intervention of a military nature.”

Many of MCC’s local partners have been critical of the UN mission in the past, citing a number of grievances, including human rights abuses by UN personnel, the waste of funds that could be used in other development activities, and an inadequate response to a 2010 cholera outbreak.

Nine months after a devastating earthquake that killed more than 200,000 residents, the nation was hit with a cholera epidemic, which has claimed more than 8,000 lives to date. MCC and its local partners claim they have found evidence that UN peacekeeping troops were responsible for the cholera outbreak, although the UN has denied these claims.

MCC and its partner organizations have also questioned the appropriateness of the combat mission in a nation that has had no widespread conflicts since 2004. These organizations have even called for the complete withdrawal of UN mission personnel from Haiti, as they did in a 2012 letter, which was co-signed by Chege.

Although the decision to send more peacekeepers to Haiti was approved last October, the announcement of the deployment still came as a surprise to some parliamentarians. In a phone interview from his constituency office in St. John’s, Nfld., NDP defence critic Jack Harris says he was “puzzled” by the announcement. “I don’t understand why they announced this . . . the day after the House [of Commons] had closed and . . . two days before the troops were leaving.”

Harris adds that, while the NDP is supportive of these types of UN peacekeeping missions, it is stunned by the lack of transparency the government displayed on this issue. “There was no debate, no discussion, no notice, no heads-up,” he says.

The Liberal Party is also critical of the way the government announced this decision. “The mission to Haiti is not highly classified. We’re not attacking anybody. We’re going to help the Haitians,” Liberal defence critic John McKay told the Canadian Press on June 19. “So why has this come together in such a clandestine fashion?”

The June deployment of troops came only six months after the Canadian International Development Agency (CIDA) announced its decision to freeze all future humanitarian aid projects in Haiti until further review. In April, Julian Fantino, the minister responsible for CIDA, met with the Haitian prime minister and international donors in an effort to strengthen accountability for development results in Haiti. The Government of Canada’s financial commitment to Haiti totalled more than $1 billion between 2006-12, making it the largest beneficiary of Canadian development assistance in the Americas.

Casey van Wensem formerly worked as an intern in the MCC Ottawa Office and is now a freelance writer living in Kelowna, B.C. 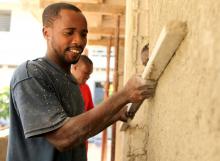 Members of 5 Canadian Mechanized Brigade Group are welcomed to Haiti as part of the United Nations Stabilization Mission there.