Pastoring the flock out along the fenceline 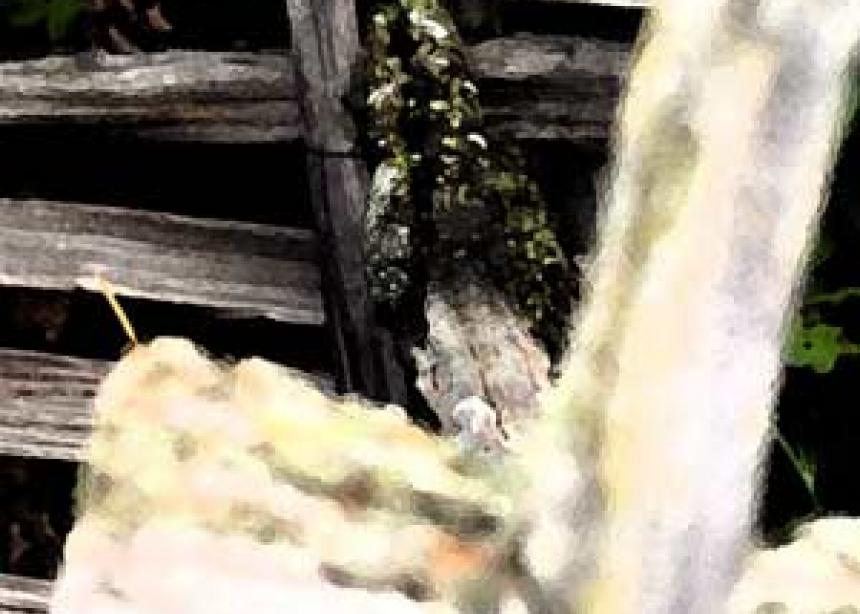 There I was, the country-bumpkin pastor amidst all the really important people at the National Prayer Breakfast in Ottawa. Such an event is quite the shindig for someone from the sticks. Being asked where you’re from and having to “get them there from here” is quite humorous. Most people gauge where you’re from based on proximity to a major urban centre. “Is that near Toronto?” “Oh, that’s close to Edmonton!” You get the picture.

The picture is blurring for those of us serving and leading the body of Christ in the vast rural areas of our country. If you check a map you’ll find Canada is overwhelmingly rural. Oh, I know most Canadians live in the big cities. I’ve been there and lived there, but in order to get anywhere in Canada (by “anywhere” we tend to mean a concrete jungle) you have to go by rural routes. Yet despite the charm of country Canada (I’m suddenly humming Bruce Cockburn’s Going to the Country), serving Jesus and his people “out here” is beset with new challenges.

First, much of Canada’s rural expanse is increasingly empty. Most rural places, including where I live in Zurich, Ont., are in numerical decline. In almost all of Boondock Nation you’ll find this trend. Out here we live with the reality of the exodus of our future, the emigration of our youths to the big city.

A pastor from Saskatchewan said, “We are situated in a community of about 150 people . . . most of the young people leave for the city when they graduate from Grade 12. Sometimes it is very frustrating and discouraging wondering what will happen to our church.”

This emptying creates an unhealthy congregational self-understanding that can be debilitating and hopeless. Add to this the discouragement that, when a rural congregation finally finds a good—read also “young”—leader, they are all-too-soon whisked off to the city to a bigger—read also “better”—church. Who will lead and love the flock in an increasingly empty nowhere out along the fenceline?

Second, rural life is increasingly shaped by urban myths. Villages that are growing are mostly within a quick commute to a city. This growth forever changes our towns. Some of our communities are now just a bedroom for sub-suburban-urbanites who can’t understand why there’s manure in the air. It’s not that we’re unwilling to change or unhappy you’re here; we just wonder why “here” needs to become the city just because you arrived.

Furthermore, today’s technologies mean our communities are no longer shaped by what happens in the town hall or local coffee shop, but by the same sound-bite politics, media and corporate trends that define urbanity. Our banks move because someone in the city concludes we don’t need one anymore.

The urban myths of success and growth are powerful and create unrealistic expectations for many rural church leaders, whose people are smitten by that cool ministry they see every week on TV. The closest many of us can get to Hillsong or Willow Creek is standing on a hill by a creek whistling while our people drive into the city where “church” is done better. This is crippling to our commu-nities, not to mention ecclesiologically bankrupt.

Further still, while much good ministry training is from and for the city, to many of us it is like teaching an engineer to construct skyscrapers, then sending him to Punkydoodle Corners to build a driving shed. One is no better than the other, just different in design, use and expectation.

And when denominations expect the same preparation litmus tests for urban and rural settings, the issues are exacerbated. This not only creates financial expectations that struggling rural communities are increasingly unable to bear, and pastors are unwilling to enter, but it begins to communicate that such churches are of a different—and second—class.

Rural folks are not dumb, ignorant or unaware, but they are simple in the best sense of the word. They want good biblical teaching, preaching, care and leadership, but are less concerned with degrees than with seeing a life preached before them well. They are enormously generous and care less about what we’ve done in seminary—or whether we’ve dissected a bishop or deconstructed modernity—than about who we are and whether we really know Jesus and can help the next generation do the same. Do we have a simple well-founded faith? Do we know their grandkid’s name? That’s what they’re looking for.

Rural places do tend to be more traditional, but why is that so bad? Urban myths ask us to reject what our homesteaders knew to be true. We find it ironic that the recent discovery of everything “green” is simply common sense out here, and the advertising of every new cookie-cutter subdivision as “Oakfield Village” makes us smirk. Everything we watch and hear from Toronto, Vancouver and Hollywood sounds like it’s coming from people who’ve taken the pickles we send from our fields and deposited them in the wrong end!

Our self-understandings have become a smorgasbord of what we know from Grandpa and what we’re told by Bay Street, Sussex Drive, McGill, the Lower East Side and Citytv we should really care about. We respect and pray with our city-mouse brothers and sisters, but we have lots of poverty and social issues to deal with, too, that never make the news or receive the funding profile cities demand.

Leading in this setting is unique and demands unique preparation and expectation. There is a smattering of places where such training is being done and considered, most requiring travel to urban settings. It would be great for ongoing training to take place in rural settings, where the apprenticing of church leaders takes place alongside the lives of those living the cultural, intellectual and systemic realities of rural folk.

As James Watson of the Salvation Army states, “If we do not pay attention to the need for resources for . . . leadership in rural areas, we may suddenly look at the country and wonder where the churches have gone.”

Finally, rural Canada is a vast mission field. We might assume the conservative leanings and quaint church buildings of hamlets mean a lively Christian witness. Uh, no. Churches are closing or consolidating faster than depopulation is happening. Whole villages are a few funerals away from no visible neighbourhood church presence. At the same time, a Christendom memory lingers that says: Since Grandma goes to that church, or I went to Sunday school and was baptized there, or we expect a “real” Christmas program at the local public school, then we and God must somehow be cool. But try countering this heritage of naïve religiosity with the gospel and the shine begins to come off that cornfield sunset.

It is my belief that what is needed in rural Canada is not mere institutional caretakers, but more mission-shaped leaders who will renew long-established churches and start many new “on-mission-with-God” gatherings of the saints in order to initiate a new lifecycle of Christian witness and presence.

This will require longevity and a new vision for the unique demographics and complexities of making disciples in rural Canada. And it will require that rural congregations re-imagine who they are and why they exist. They are not just there to keep memories of the past alive or the old church building heated.

No! They exist because of the risen Lord and are called to keep the gospel fresh and alive in word and deed for the sake of those outside the kingdom who live just down Main Street or out on Orchard Line. That task must be accepted again with a freshness only the Holy Spirit can instill and a stubborn resolve only the Boondocks can muster.

Phil Wagler (phil@kingsfieldcommon.ca) is lead pastor of Kingsfield, a rural multiplying movement of churches in southwestern Ontario, and the author of Kingdom Culture: Growing the Missional Church. Originally published in Christian Week. Reprinted by permission.