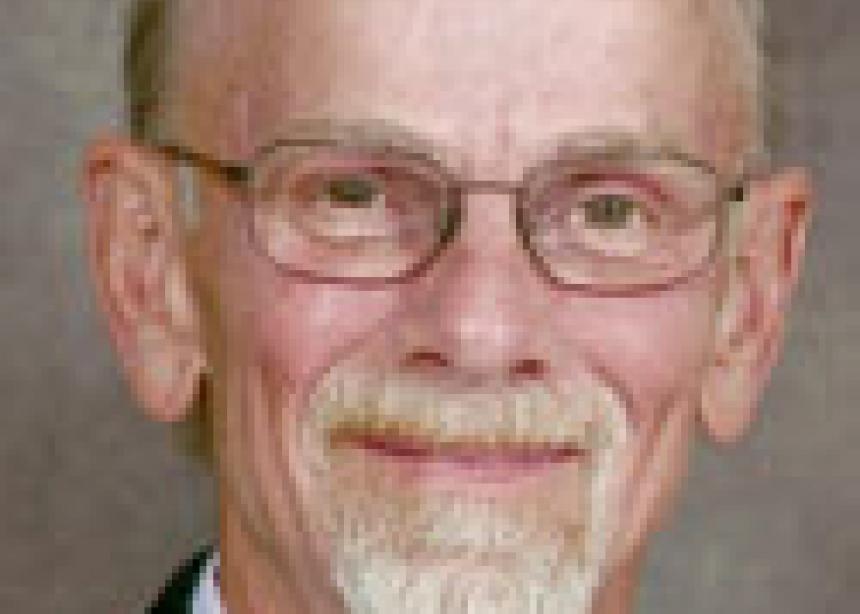 Gordon Allaby is grateful for the services his wider church provides. But he is deeply concerned about how charitable giving is changing.

“The church is not just another charity. We’re doing the work of God here,” he says, noting that Mennonite Church Saskatchewan also has its financial challenges.

As pastor of Osler (Sask.) Mennonite Church, Allaby’s congregation is geographically distant from his wider church offices, so he frequently uses resources provided by Mennonite Church Canada that are freely available by phone and via the Internet. He notes that his congregants have a high degree of trust in these re-
sources. “They know that important issues of the day have received disciplined discernment in a wider community,” he says. “This sharing of wisdom is a great gift.”

In his church’s monthly newsletter, readers are often referred to links on MC Canada’s website where congregants can get the wider church’s voice on the interplay of current events and what they mean for Mennonites seeking to be faithful.

But Allaby expresses surprise and sadness to learn that MC Canada is facing a $237,000 shortfall in donation income for the fiscal year just ended on Jan. 31.

“I agree with Paul, who said the church is the body of Christ,” he says, elaborating, “I want to be in this body. I want to give to this body, and be a part of where God is leading us. “No doubt, God’s work happens in other charitable organizations, yet the church is unique. We are Christ in the world, and my church is Osler Mennonite Church, a part of Mennonite Church Saskatchewan, Mennonite Church Canada and the Mennonite World Conference. All my churches speak the language of Anabaptist theology, and Christ speaks many languages. We need each other more than we realize, and my community, province, nation and the world need the vibrant strong witness of Christ, which includes the Anabaptist message.”

In addition to educational resources, MC Canada also provides less visible but equally practical resources to congregations, such as pension plan oversight for pastors and church staff, and works as a facilitator with congregations whose passions lie with international ministry.

However, the numbers are challenging. Financial support of MC Canada’s national church ministries continued its eight-year declining trend in 2012. Preliminary figures indicate that the combined giving of congregations and individual/corporate donors was down a total of $237,000—6.75 percent off of budgeted income in 2012—says chief administrative officer Vic Thiessen.

A dip in individual and corporate giving was already evident in September, says Thiessen. In response, staff conducted a phone campaign and a direct-mail campaign, and increased personal visits during the fall of 2012. By mid-December, contacts with individual and corporate donors made it clear that a giving shortfall of $159,000 was unlikely to be reversed before the year-end.

An unanticipated additional shortfall of $78,000 from congregations became evident in January as congregations closed their books for the year.

“The fiscal year-end is always so critical, and can make or break a year,” says Thiessen, noting that approximately 40 percent of annual income arrives in the final quarter. For congregations that budget their giving to wider-church ministry, shortfalls or surpluses are directly linked to the generosity of individuals in congregations, he says, adding that some congregations also experienced shortfalls in 2012.

“There’s no blame being laid here,” adds Thiessen. “Prosperity varies across the country. When congregations feel it, we do, too.”

The shortfall is expected to be tempered by some under-expenditure, but all the expense numbers are not in yet, says Thiessen.

Willard Metzger, executive director of MC Canada, points out that, “we’re constantly on the edge of our budget. We are a faith-based, small Mennonite family. We can only appeal to our family. That giving base is limited. We must have faith that congregations and individuals will support the wider church.”

It’s not fully clear yet what impact the 2012 shortfall will have on staff and ministry—but it will have an impact. It seems clear that a future for wider-church ministries as people now know them is not sustainable with the declining trend in revenues.

Staff have tried to pick up some of the pieces, partly out of passion for their work, and partly because there remains an expectation and a hope that ministry can and will somehow continue uninterrupted, in spite of reduced donation income, says Metzger. “But the year-after-year trend is demoralizing for staff and leadership. In addition to the national church, there are three area churches, as well as a number of other denominations, facing uncertain, unsustainable futures. We’re all in this together.”

Leadership is addressing the challenge. The General Board has struck an eight-member Future Directions Task Force with the goal of discerning whether the wider church in its current form can be sustainable into the future, and how current programs, structures and strategies may need to change to best serve the church moving forward. Seven members have been appointed so far. The task force arose after consultations with area church moderators and young adults, and conversations with pastors and members from across Canada.

Meanwhile, in its “Charitable Giving by Canadians” report, Statistics Canada notes a 6 percent drop in giving to religious organizations in 2010, compared to 2007. The report cites that the fundraising method that raised the most money was collection at a place of worship. In 2010, 30 percent of people aged 15 and over made such a donation and, overall, $3.9 billion was given through collection at a place of worship, “a much higher figure than for all other methods,” states the report.

There are numerous challenges for the wider church, says Metzger:

“I do know that our wider-church family is incredibly generous in their congregational giving,” says Metzger. “My hope is that the findings of the Future Directions Task Force and some improved strategies will deepen the engagement of the people in our pews in the things that we can and should do together as a wider church.” 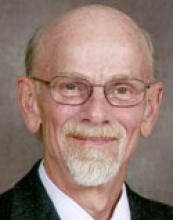