Outsider explores self in Hutterite community 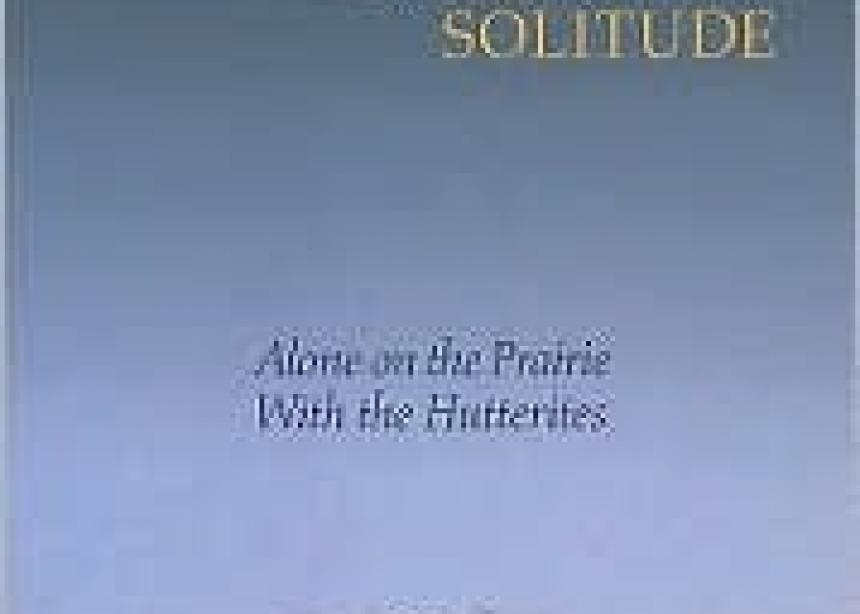 Nightwatch is a gentle and introspective book, written by an outsider who has chosen to live within a Hutterite community. This outsider perspective reveals different facets of the culture and community than books written from within (such as I am Hutterite by Mary-Ann Kirkby).

Richard Rhodes, his wife Duannn, and their family spend six years sharing life with the Hutterian Brethren and gradually become accepted as members—including taking vows of commitment. Assigned the role of night watchman (a role rotated among male colony members) during a cold winter night, Rhodes tells the story as he reflects on the various aspects of Hutterite life as well as on his own life. Rhodes had been a newspaper writer/publisher in a U.S. urban centre. Following a difficult adolescence we find him searching, on a personal quest to find his place with no clear sense of belonging or fitting in.

Both intrigued by and conflicted by the spirituality and promise of communal life, Rhodes explores his views. Much of the book describes communal colony life, and the struggle to find true spiritual relevance through their way of life that for some members has become routine and devoid of spiritual meaning. Yet it provides rootedness and belonging. Rhodes beautifully illustrates the stresses of rural communal living in a communal corporate farming enterprise undergoing significant changes.

Overall the book gives a good, perhaps too uncritical, view of the current state of Hutterite life as Rhodes and his family experienced it. It is a warm, somewhat nostalgic read. The family was warmly accepted into the community and adapted in terms of language, work and community roles. The transition for Duann as wife and mother is acknowledged as more difficult as she sacrificed the most in the highly structured and prescribed roles assigned to women. The children adapt well as very young children frequently do and enjoy the protection and stimulation of multiple colony "siblings" and extended family support. The colony is in many respects an idyllic child-rearing environment.

Towards the end of the book there is an unexpected turn. In addition to his work in the fields and as a welder, Rhodes finds himself becoming, somewhat by default, the Hutterian "academic." Then, gathered with others in front of the only colony "rabbit-eared" TV, watching the bombing of the World Trade Center unfold, he experiences an awakened sense of needing to become part of the outside world again. Rhodes is offered a job as assistant editor with the Mennonite Weekly Review in Kansas, precipitating a process ultimately leading to a decision to abruptly leave with one week's notice. While leaving is not unheard of within the colony, Rhodes' departure seems to represent a betrayal of sorts.

The sparse description of his ambivalence around leaving is painfully deepened by the gentle grace and kindness offered by his Hutterite hosts who give gifts and start-up assistance as the family leaves. It is only at the book’s conclusion that one can make sense of the title as it is a study in solitude for both Rhodes as an individual and also the collective Hutterian community attempting to be separated from the "world."

The book is a thoughtful and instructive read, causing the reader to be slowly drawn into a layered process of self-examination and a therapeutic rediscovery of self. It is less about solitude than about a process of self-exploration, of searching for belonging.