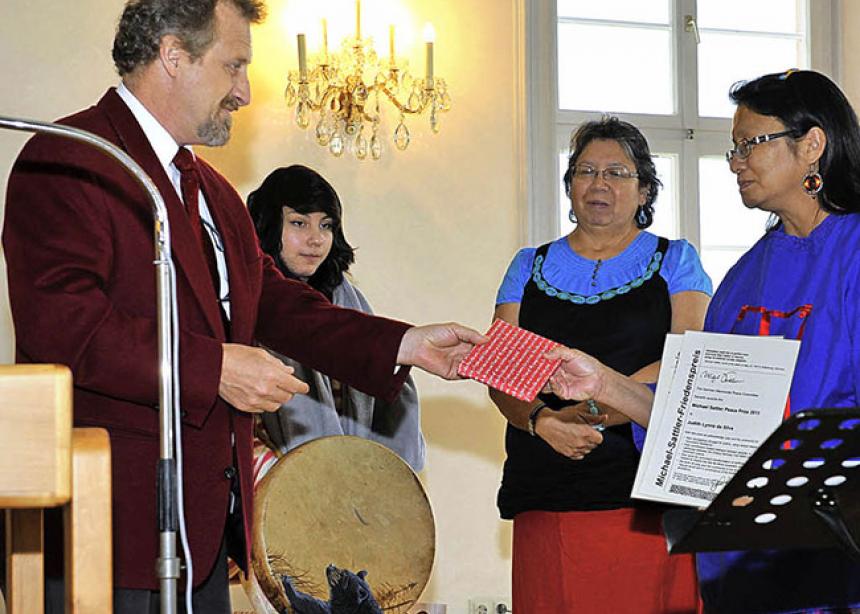 Judy da Silva, a member of the Grassy Narrows First Nation in northwestern Ontario, was this year’s recipient of the Michael Sattler Peace Prize from the German Mennonite Peace Committee.

“We want to award the prize to Judy da Silva in order to honour the nonviolent resistance of the Grassy Narrows First Nation against the destruction of nature and for the preservation of their indigenous culture,” said James Jakob Fehr at the ceremony on May 20 at the Abbey of St. Peter in the Black Forest, near Freiburg, where Sattler lived as a priest before joining the early Anabaptist movement.

The prize, which includes the sum of 2,000 Euros, acknowledges groups or individuals who work for peace, nonviolent Christian witness, reconciliation or dialogue between religions. The German members of the Peace Committee first learned about these struggles during a delegation to Grassy Narrows that they co-organized with Christian Peacemaker Teams (CPT).

The mother of five children, da Silva has organized countless youth and women’s gatherings, protests and speaking tours, and participated in blockades to advocate for justice and a healthy environment. Grassy Narrows has become a beacon of hope and an example of effective community resistance in the face of some of the world’s largest multinational logging companies, including Abitibi and Weyerhaeuser Corporation.

“I am delighted that Judy da Silva and Grassy Narrows have been recognized for their courageous and committed leadership,” said Peter Haresnape of CPT Canada. “Judy teaches, inspires and challenges wherever she goes.”

Da Silva thanked her community, without whose help the accomplishments in Grassy Narrows would not have been possible, adding that she and her family were overwhelmed by their reception in Germany.

While in the country, da Silva was booked to promote Grassy Narrows’ grassroots boycott of Weyerhaeuser Corporation. 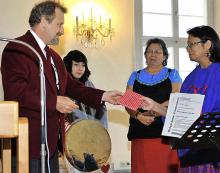