One man creates space for peace 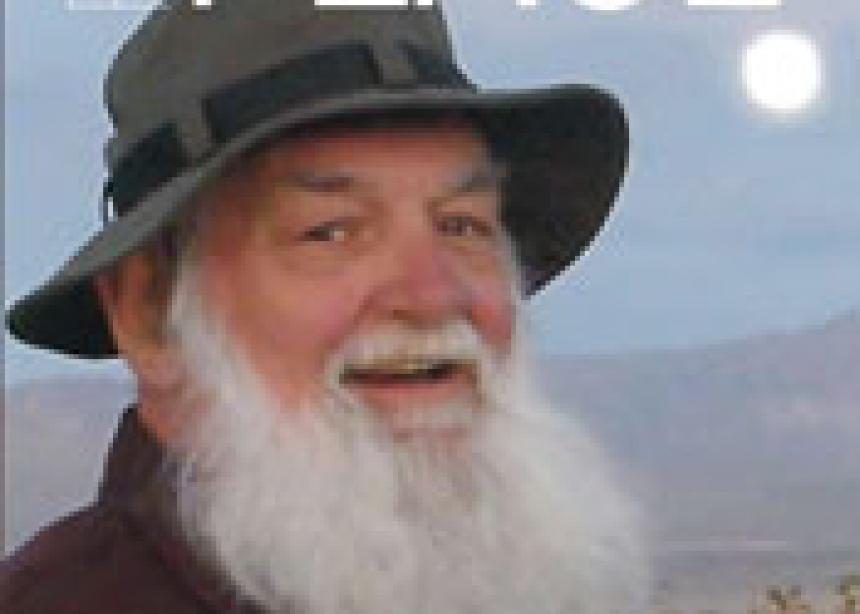 On television, in the publications that we read, on the web, and even in our games, violence and injustice are highlighted without antidote. Seldom are we given the chance to see action for peace and justice as a dominant theme.

Create Space for Peace, a collection of Gene Stoltzfus’s e-mails, blogs, letters and sermons, and the testimony of friends and colleagues, reveals the life of a man of peace who stood his ground against injustice and violence. His life experiences and observations as he journeyed to 30 countries over 40 years provide a social and historical perspective of the realities or the everyday people who are within the confines of conflict zones.

Stoltzfus joined First Nation groups in the United States and Canada when they were seeking justice. He was there when the fighting was going on in Iraq, Afghanistan, the Philippines and Haiti. He was there to create a space for peace.

His journey as a peace worker began during the Vietnam War, when he registered for the draft as a conscientious objector, and then, at age 23, went to Vietnam as a member of the International Voluntary Services (IVS). The assignment was to establish schools, distribute seeds and assist the military-pacification. He became aware of the activities outside the acknowledged boundaries of military operations, including the assassination of suspected enemy sympathizers, both Vietnamese and American. He and other IVS members quit in protest and then lobbied the U.S. Congress to stop the war.

Stoltzfus was a genius at assessing a situation and determining how to defuse hostility and make a connection. His tactics included everything from blowing bubbles over the wall where Haitian refugees were being held, to asking someone arresting him to later have ice cream or a cup of coffee. His ability to remain open and not blame his adversaries, or require that those he was trying to connect with share his religious or political beliefs, contributed to his amazing success, whether helping Iraqis find relatives who had disappeared into the prisons or walking Palestinian children to school past hostile Israelis.

This collection of letters, e-mails and blogs from a man who did not have the time to write a book, because he was much too busy working for peace and justice, is a fortunate legacy that needs to be discovered by a world so wrapped in violence and injustice. The amazing revelation of Create Space for Peace is that one man, quietly and without fanfare, was so steadfast in his work for peace and so undaunted that he made a difference. The letters and remembrances attest to the fact he was an inspiration for so many.

Anne Stewart is a freelance writer who lives in northeastern Minnesota.